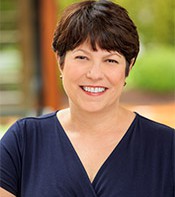 Dr. Kelly Henning has led the Bloomberg Philanthropies Public Health program since its inception in 2007. She is a medical doctor and epidemiologist trained in internal medicine, infectious diseases, and public health.

Projects under her direction include the Bloomberg Initiative to Reduce Tobacco Use, a 16-year, almost $1 billion global program aimed at curbing the tobacco epidemic in low- and middle-income countries; the Obesity Prevention Program, a multi-year effort to support public health policies aimed at reducing obesity in Mexico, Brazil, Colombia and South Africa; the Bloomberg Global Road Safety Program, a 10-year commitment to reduce road traffic deaths and injuries in developing countries and 10 global cities; the Bloomberg Maternal Health Program, a reproductive health initiative focused in Sub-Saharan Africa and Latin America; the Drowning Prevention Program, which tests high-potential interventions to prevent drowning deaths among children in Bangladesh, the Philippines and Vietnam; and the Data for Health initiative which will enable 20 low- and middle-income countries to vastly improve public health data collection.

Prior to joining Bloomberg Philanthropies, Dr. Henning was an Associate Professor of Infectious Diseases and Hospital Epidemiology at the University of Pennsylvania School Of Medicine. From 2003-2006, she served as Director of the newly formed Division of Epidemiology at the New York City Department of Health and Mental Hygiene.

Dr. Henning received her medical degree from Tufts University School of Medicine and was a fellow in Infectious Diseases at Memorial Sloan-Kettering Cancer Center. She completed Internal Medicine training at the University of Pennsylvania and received her Epidemiology training in the Epidemic Intelligence Service at the United States Centers for Disease Control and Prevention.

Members of the media interested in connecting with Dr. Henning and the Public Health team should contact communications@bloomberg.org