During “Yellow May,” Pedestrians Get the Royal Treatment 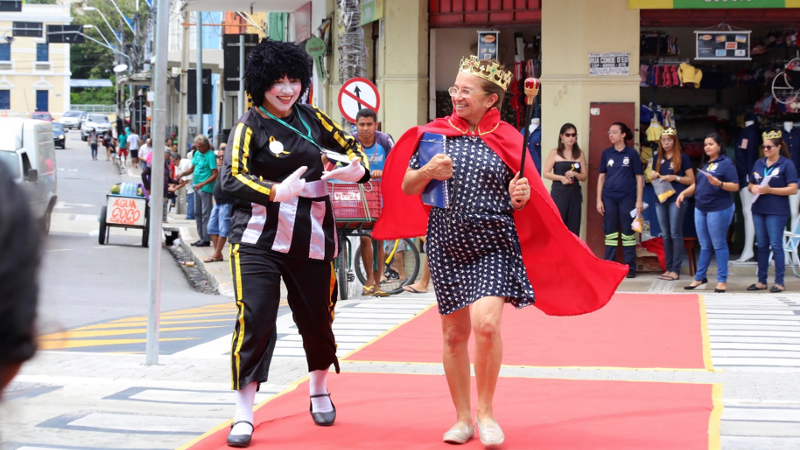 On Monday, May 7, the coastal city of Fortaleza, Brazil rolled out a red carpet in front of City Hall. The guests of honor? Not celebrities or dignitaries — though some wore crowns — but pedestrians. Everyday people who are among the 2.5 million that call this city home.

The event was part of Fortaleza’s participation in the annual “Yellow May” festival. Supported by the Bloomberg Philanthropies Initiative for Global Road Safety (BIGRS), Fortaleza is joining cities across Brazil — and around the world — to draw attention to road safety and introduce new initiatives to make streets safer and more accessible for vulnerable road users like cyclists and pedestrians.

Yellow May was the brainchild of a Brazilian NGO, the National Road Safety Observatory, in 2013. It was convinced that traffic crashes could be prevented. Five years later, 423 cities in 27 countries and over 1,400 companies have joined the movement, participating in events, public relations campaigns, and other efforts to shine a light on traffic deaths worldwide.

This year, Yellow May wants everyone to remember, “We are the traffic.” This year’s theme highlights that it is human beings that are the victims of road traffic crashes, particularly drawing attention to cyclists and pedestrians.

A Yellow May advertising campaign says: “Traffic is made of people. And we deserve respect. #WeAreTheTraffic”

BIGRS hosted this year’s Yellow May festivities in Fortaleza, starting on May 7 with the red carpet rollout for pedestrians. The city followed up these activities on Friday, May 11, by hosting a breakfast for cyclists on National Bike to Work Day and celebrating the city’s new bike share program, opened in April as a part of the Partnership for Healthy Cities (PHC), Bloomberg Philanthropies’ prestigious global network of cities committed to saving lives by preventing noncommunicable diseases (NCDs) and injuries. 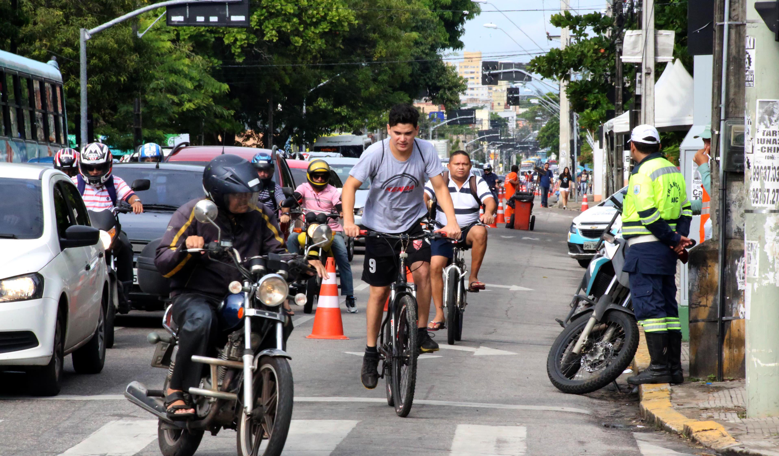 Fortaleza isn’t the only Brazilian PHC city participating in Yellow May. São Paulo is also working to reduce road traffic crashes by improving its biking network, also with the support of BIGRS. The city is gearing up for an event in coming weeks in which journalists and cyclists will participate in a breakfast ride to view 100 new way-finding signs posted along the city’s bike routes.

Bike share programs tackle three NCD and injury risk factors: they reduce the air pollution that contributes to cancer and chronic respiratory diseases by reducing emissions from car travel; combined with improved cycling infrastructure, they make the streets safer for cyclists; and they encourage physical activity, which lowers the risk of obesity-related NCDs, like heart disease and diabetes.

Yellow May asks us all to think about who is behind the huge toll of road traffic crashes — human beings. BIGRS and PHC are working on proven, scalable solutions to help make our streets safer and our cities healthier. And with creative, provocative campaigns like Fortaleza’s, a safer future is surely within our grasp.

Learn more about the Partnership for Healthy Cities and the Bloomberg Philanthropies Global Initiative for Road Safety.