Working Together to Restore Our World’s Oceans 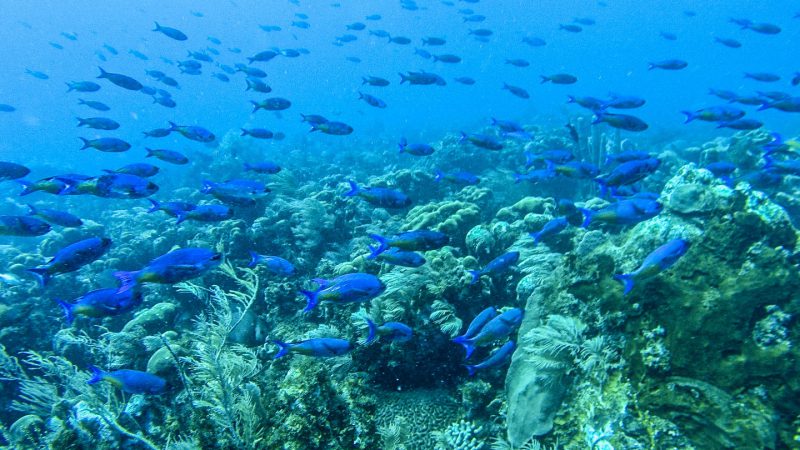 The world’s oceans are as beautiful as they are important.  As a diver for more than 25 years, I have seen firsthand the devastating impact poor management has had on our oceans. The mysterious and beautiful world below the oceans’ surface plays a critical role in our global economy and food supply, but is under threat.

At Bloomberg Philanthropies, we work to ensure better, longer lives for the greatest number of people. And threats to oceans aren’t just about protecting the oceans’ beauty, but their abundance. Nearly 3 billion people rely on fish for protein or their livelihood today.

To keep pace with an increasing population, expected to grow by two billion people within the next two decades, the UN Food and Agriculture Organization estimates food production will need to increase by 70 percent. Wild fish is a source of protein – healthier and cheaper than beef, chicken, or pork – that can help meet this growing demand.

Unfortunately this vital food source is at risk because of destructive fishing practices. Without proper management of our oceans, practices such as using industrial bottom trawling will continue to destroy coral reefs, ecosystems and jeopardize an important food source.

At Bloomberg Philanthropies, we’ve invested $53 million to tackle this problem before it becomes a public health and environmental emergency. Working with leading partners Oceana, Rare and Encourage Capital, the Vibrant Oceans Initiative is taking a multi-pronged approach to tackle both industrial and small-scale fishing simultaneously. Together we have identified three key interventions: increasing regulation of industrial fishing, inspiring adoption of sustainable small-scale fishery management practices, and creating market incentives for regional governments to take advantage of products from local fishermen.

And we are seeing an impact.

In the Philippines, Rare is demonstrating that fisheries recovery is possible in local communities. By 2017, 60 mayors in the Philippines will have agreed to enforce sustainable fishing in their municipalities. Twenty of these sites will be fully implementing new fishing management systems and 40 will be well on their way. As a result, we predict that over 90,000 fishers and 345,000 residents will have improved livelihoods and food security.

Oceana is simultaneously fighting for implementation of effective, national-level fisheries policies. Just last year Oceana helped secure the protection of the Tañon Strait in the Philippines which is an important habitat for a wide variety of marine animals as well as a source of food and income for many residents in Negros and Cebu. And in Chile, we successfully pushed for a management plan for the common hake fishery, one of the most overfished Chilean fisheries. The historic management plan, required by a 2013 law, was adopted in May of 2016 and is the first ever adopted by the Chilean government.

And in Brazil, there are six new sustainable, community-managed fishing areas fully implemented, with 12 more on the same path. We foresee improved livelihoods for over 36,000 fishers and over 100,000 others who depend on the oceans in Brazil.  If fish stocks rebound in these countries, they could feed as many as 24 million more people in the Philippines and 14 million more people in Brazil.

On World Oceans Day, I urge the world to prioritize oceans and ensure fish remain a dependable source of food and income for generations. But we must work collectively, at both the local and national level, to protect and restore our ocean.