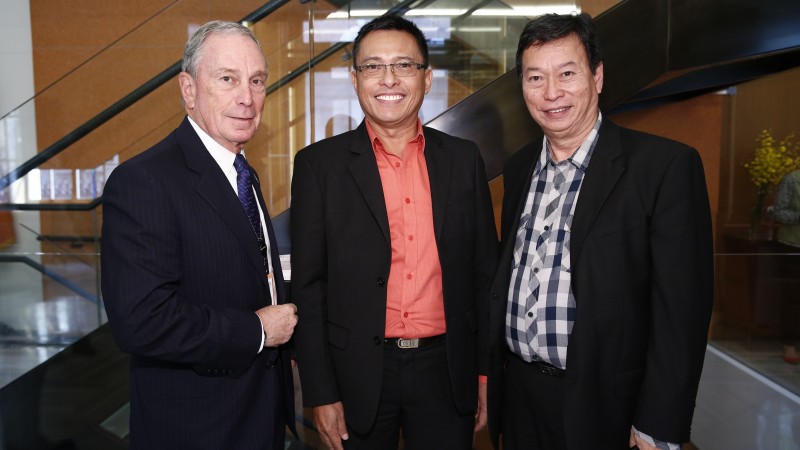 This month Bloomberg Philanthropies gathered a group of Filipino Conservation Fellows and mayors involved in the Vibrant Oceans Initiative, which aims to revitalize the world’s oceans, combat marine destruction and over-fishing.  The Mayors have been working to protect marine areas and establish exclusive fishing rights in their communities. Because of the Mayors’ efforts, communities are fishing more sustainably and in some cases the abundance of fish along their shores has actually increased.

The Mayors convened to share lessons learned from their campaigns and discuss next steps. Some of the Mayors are now working to convince neighboring communities to take local action on fishery management.

Today over-fishing is depleting the world’s fish supply and threatening the livelihoods of over one billion people who rely on fish as a primary food source. To reverse this trend, we have partnered with Rare, Oceana and EKO Asset Management, to reform both industrial and local fishing practices in Brazil, Chile and the Philippines. Reforming both in the same place at the same time will have a much larger impact because local fishers and industrial vessels catch roughly equal amounts of fish for food. The community-based work of these Mayors and Rare is an essential part of the Vibrant Oceans Initiative’s strategy.