Commercial Fishing Far Out Sea & Over the Horizon – Until Now 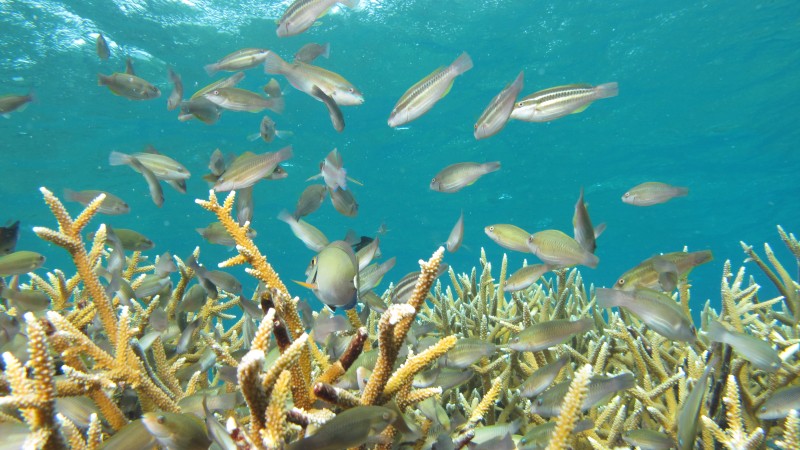 Oceans provide food and income for 3 billion people around the world and demand is expected to increase as the world population grows. But overfishing – taking more fish out of the ocean than can be naturally replaced – is leading to a vicious cycle where fishermen work hard, use more advanced technologies but still catch fewer or smaller sized fish. The destructive behaviors at the root of the issue aren’t always obvious. Commercial fleets operate far out in sea, over the horizon, and out of sight – until now.

Oceana, a Bloomberg Philanthropies grantee, in partnership with Google and SkyTruth have joined forces to help bring a level of unprecedented transparency to commercial fishing through a new tool called Global Fishing Watch.

Using satellite and GPS technology originally created to help fleets avoid collisions; Global Fishing Watch was developed to reduce overfishing. With the capability to show when and where commercial fishing occurs, the tool is capable of mapping against the seafloor and distinguishes cargo and other non-fishing ships.

“So much of what happens out on the high seas is invisible, and that has been a huge barrier to understanding and showing the world what’s at stake for the ocean,” said John Amos, President and Founder of SkyTruth. “But now, satellite data is allowing us to make human interaction with the ocean more transparent than ever before.”

Global Fishing Watch will be available to the public, enabling anyone with an internet connection to monitor when and where commercial fishing is happening around the globe. Citizens can use the tool to see for themselves if fleets are fishing responsibly. Seafood suppliers can keep tabs on the boats they buy fish from. Media and the public can act as watchdogs to improve the sustainable management of global fisheries. Fisherman can show that they are obeying the law and doing their part. Researchers will have access to records of all trackable fishing activity.

“Cloud computing and massive data is enabling new tools to visualize, understand and potentially reverse these trends,” said Brian Sullivan, a Program Manager at Google Ocean & Earth Outreach. “We are excited to contribute a Google-scale approach toward ocean sustainability and public awareness.

The Bloomberg Philanthropies Vibrant Oceans Initiative aims to revitalize declining fish populations by reforming industrial and local fishing simultaneously in key areas around the globe. We know that reforming fishing practices is a proven strategy: it can revitalize the number of fish in the ocean by 50%, while at the same time increase fishers catch by up to 40% from current levels.  This means, fishing responsibly creates a healthier ecosystem that can support the rapidly growing global demand for fish.

Bloomberg Philanthropies looks forward to seeing how Global Fishing Watch initiatives data can be used to shed light on the issue bringing forth new information to the public to help identify and prevent illegal fishing.

“The key to bringing back healthy fish populations is to engage the governments in 29 countries and the European Union where 90 percent of the fish are caught, put effective policies in place, and enforce them,” says Oceana CEO Andrew Sharpless. “We have begun to put those policies in place, and where they have been enforced, the fish are coming back. Now we need to broaden those measures and Global Fishing Watch can help us do that.”

Watch this video to learn more: