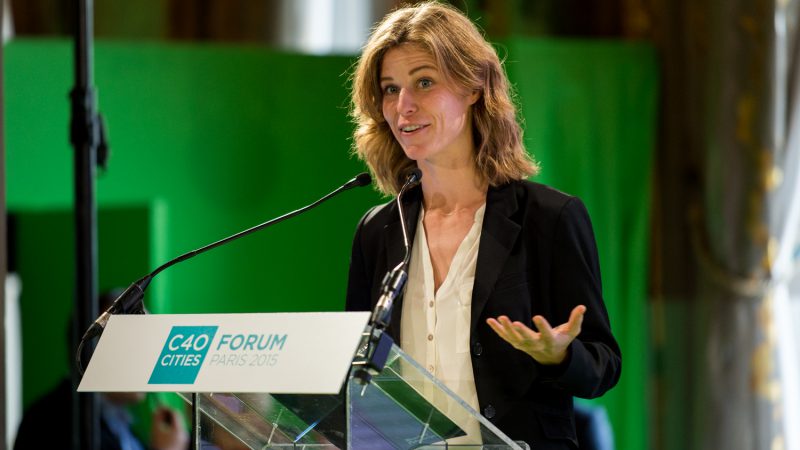 As representatives from Chinese and U.S. cities gather in Beijing to announce new ways of working together to combat climate change, “green finance” will be high on the agenda. With innovation and the right mechanisms, cities can attract new private capital for China’s green projects.

Ambitious commitments on climate change require significant financial investments with long-term return profiles. However, cities have struggled to create the mechanisms to facilitate up-front capital investments in low-carbon projects, even as leaders recognize that projects will more than pay for themselves over time. Big returns come with energy savings, lower health care costs and other economic and societal benefits – but they require vision – both from the public and private sector – to bring them to fruition.

Based on our experience working with governments and the private sector around the world, we have found that there are three effective approaches cities can adopt to leverage private funding for low-carbon development.

China can be a ripe proving ground for making green finance a reality. In the next 15 years, Chinese cities are expected to reach 1 billion inhabitants, with one in eight people on earth living in a Chinese city by 2030.

At the same time, China has ambitious goals to reduce carbon intensity by 60 to 65 percent by 2030, generating 20 per cent of its electricity from non-fossil sources by 2020, and to peak its emissions by 2030. Accommodating city population growth while cutting emissions is a challenge faced by cities in China and beyond.

In a new report that will be released next week, the Green Finance Committee convened by Dr. Ma Jun, Chief Economist of the Research Bureau of the People’s Bank of China, innovated by bringing together sustainability experts to work alongside financial sector market participants. They identified an investment opportunity of an estimated 6.6 trillion yuan (approximately $1 trillion USD) in low-carbon buildings, green transportation and clean energy in Chinese cities by 2020. This is an important data-driven finding as ambitious climate change goals require clear demand for funding.

There’s a consensus, however, that the old centralized model for financing urban projects won’t be sufficient to meet this need. According to previous analysis by the Green Finance Committee, government finance can only fund 10 to 15 percent of the needed investment. New private “green” capital will be required to underwrite delivery of these ambitious targets.

Bringing key players together to create the right mechanisms

While there is strong investor interest and a relative abundance of global capital, appropriate structures and pathways to facilitate green capital flows and generate certainty of return on investment must be created. With that in place, appropriate products and financial mechanisms such as green bonds and more public private partnerships can then be developed to attract private funding to those projects and to deliver predictable returns.

New York City has faced and overcome some of the same challenges. In 2013, 75% of city emissions in New York came from buildings, most of which were burning highly polluting home heating oil. Funding a retrofit of all buildings with government money was not feasible.

As then Mayor of New York City, Michael Bloomberg employed creative funding mechanisms—such as a $5 million taxpayer funded loan loss fund that attracted $90 million in private financing to convert building heating systems to lower polluting fuels. The Clean Heat Fund attracted $300 million in construction activity, reduced emissions by 65% and saved 800 lives. Today, New York’s air is cleaner than it has been in 50 years.

In China, the city government of Chongqing developed a creative new approach to financing building retrofits. By packaging hundreds of buildings into one project and commissioning a company to conduct building energy audits and retrofits, the city attracted financing through a combination of public and private funds, delivering cost effective and high standards for energy use across the buildings.

Such global best practices and proven approaches are helpful references for other cities. We will continue to work with our Chinese partners to establish platforms to facilitate exchange and collaboration amongst cities, and to seek new ways to finance sustainable urban infrastructure to help China meet its goals.

Strong progress is being made in creating the right momentum and mechanisms to attract the green funding needed by China’s economy and cities. Private sector players can be a key part of these long-term environmental, economic and social goals, and contribute to China’s green finance opportunity.