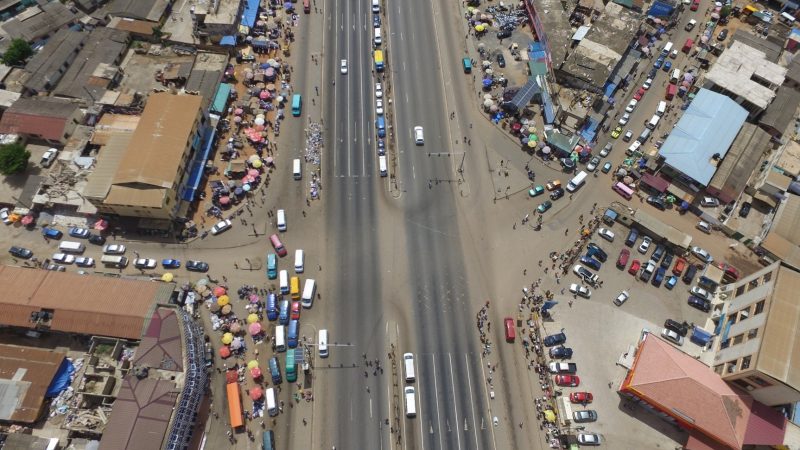 AN AERIAL VIEW OF THE INTERSECTION PRIOR TO CHANGES

Last week, my colleagues and I broke ground at the Lapaz intersection. It is the first step in making Accra’s roads safer for all our citizens.

In Accra, between 2011 and 2015, there were 13,616 road related incidents such as vehicle collisions and pedestrian casualties, 951 of which were fatal. That’s almost three deaths a day. The main causes are speeding, drinking and driving, and failure to wear a seat-belt or obey road traffic laws. Pedestrians are impacted the most by poor driving behaviors – in 2015, 54 percent of road crash fatalities were pedestrians. These deaths are not inevitable, and we are fighting hard to reduce them.

“These deaths are not inevitable, and we are fighting hard to reduce them.” – Mayor Adjei Sowah

In 2015, we joined the Bloomberg Philanthropies Initiative for Global Road Safety (BIGRS) to prioritize improving our road network, enhancing police enforcement, running mass media campaigns, and strengthening our data collection methods. One of the successes of this initiative is the re-design of Gbegbeyese area, where we constructed a 300-meter pedestrian walkway and worked with the Accra Police MTTD to better enforce road safety rules. So far, we have taken over 200 defective motorbikes off the road and enforced laws that seek to reduce unsafe behaviors, such as failure to properly wear a helmet. Building on the success of this road safety initiative, we joined Bloomberg Philanthropies’ Partnership for Healthy Cities in 2017 to improve the Lapaz intersection.

Over the course of the past several months we have worked to gather information at the Lapaz intersection. We learned about pedestrian behavior, vehicle speed, signal timing and more. Armed with this information, we worked with road safety experts to analyze the causes of the road safety issues and determine what measures could make the intersection safer for all. We will now begin to implement a number of recommended measures. 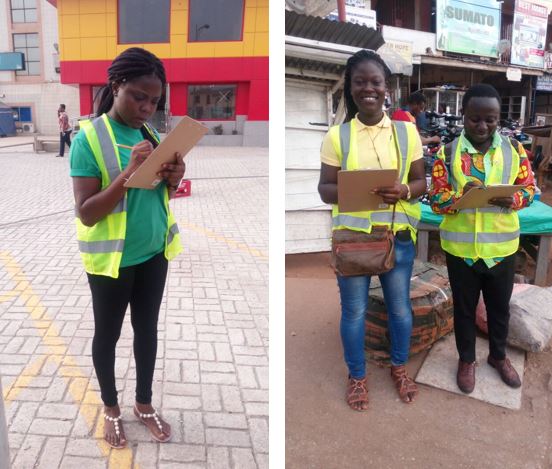 Gathering data at THE Lapaz Intersection

First, we will work to better equip law enforcement with the training and tools to enforce road safety laws. We know that enforcing laws that prevent speeding, drinking and driving, and failure to wear a seat-belt or helmet can have a dramatic effect on safety. A five percent cut in average speed can result in a 30 percent reduction in the number of fatal crashes. Similarly, seat-belt use reduces the risk fatal injuries by up to 50 percent for front seat passengers and up to 75 percent for rear seat occupants.

We will also improve the physical infrastructure of the intersection through measures such as shoulder widening, installation of a median or barrier, controlled crosswalks, lane marking and separation, and intersection improvement. These measures can reduce the risk of road traffic fatalities and injuries for all road users, including car occupants, motorcyclists, bicyclists, and pedestrians.

We know that relatively inexpensive fixes can reduce speeding, correct dangerous driving, and protect vulnerable road users like pedestrians. We are excited to get started on this project and show that cities everywhere can make roads safer for their citizens.