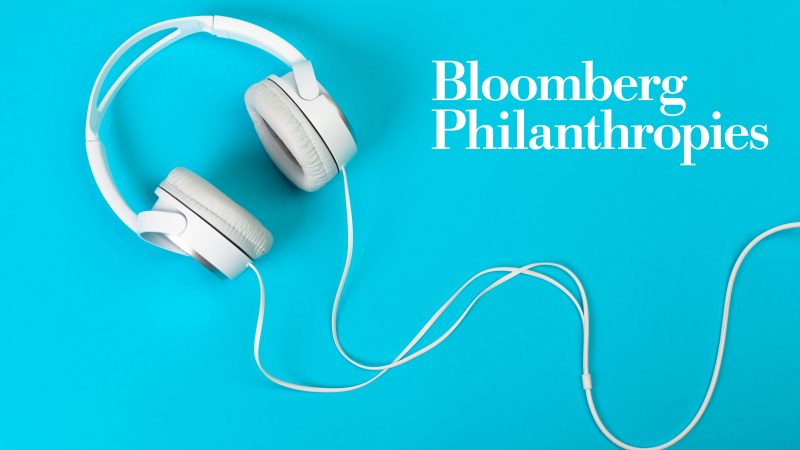 At the end of each year, we share a retrospective on our blog. In 2015, we shared key moments through Instagram photos we posted throughout the year. This year, we put together a playlist featuring tunes that nod to some of the highlights from this past year. And we welcome your suggestions.

Tweet us your recommendations with the hashtag #BPTunes and listen along to our playlist on Spotify.

When it comes to confronting climate change, the world’s cities are proving that there’s strength in unity. Through alliances like the Global Covenant of Mayors and the C40 Cities Climate Leadership Group, local leaders are committed to the goals they set with the Paris Agreement. Progress will continue to be driven by cities, businesses and citizens – and none of them are letting up.

As the world moved towards implementing ambitious climate targets, we convened local leaders and sustainability directors together through the Our Cites, Our Climate Exchange, COP22 in Marrakech, and C40 Mayors Summit in Mexico City to further strengthen ties between international cities, allow global cities to learn each other, and encourage the advancement of innovative climate solutions.

The songs we selected remind us of how important it is TO do everything we can to protect our planet for future generations:

Songs we selected show the inspiring and transformative side of arts:

With more and more of the world living in cities, mayors are increasingly responsible for solving major challenges faced by citizens. At the same time, cities are drivers of progress and innovation and hold solutions to many of the world’s most pressing challenges. In order to help mayors succeed, we launched The Bloomberg Harvard City Leadership Initiative, we awarded innovative ideas through the Mayors Challenge in Latin America & the Caribbean, and convened them at CityLab to share best practices and ideas, including the new Bloomberg Aspen Initiative that will help cities accelerate their preparedness for the era of autonomous vehicles.

Songs we selected remind us to work together, share solutions, and never stop innovating:

Many of America’s brightest students don’t apply to college simply because they lack access to the right information and guidance, particularly students from low- and middle-income families who want to go to competitive colleges but don’t think they can afford it. Our goal is to ensure that talented students end up at the best schools, regardless of their socioeconomic background. To make this possible, students and virtual college advisors in our CollegePoint initiative are doing their part, and now colleges and universities are too. Through the American Talent Initiative, 30 of the nation’s colleges and universities are setting an example by committing to attract, enroll and graduate talented, lower-income students. We hope many more will join.

And to ensure that we’re investing in the next generation of curious minds, we donated $50 million to the Museum of Science in Boston to create the William and Charlotte Bloomberg Science Education Center.

We selected these songs because they ARE motivating, break down barriers, and remind us of our days in college:

Each year, 16 million people die from Noncommunicable Diseases (NCDs) before the age of 70. Road traffic crashes account for an additional 1.25 million deaths each year and are the leading cause of death among young people. But premature death and disability from NCDs and injuries can largely be prevented, through implementing proven, cost effective measures. In August, the World Health Organization appointed Mike Bloomberg as the Global Ambassador for Noncommunicable Diseases and Injury Prevention to work with national and local political leaders around the globe to promote and accelerate proven measures that will save millions of lives. We have focused our efforts to prevent NCDs and injuries in low- and middle-income countries, where the need is greatest. These regions have the most dangerous roads and vehicles, and are targets for tobacco companies.

Domestically, as the challenges to American health evolve, so must our response. We have continued to bolster Johns Hopkins University’s public health research capabilities with more staff, students and infrastructure. This year, we announced the Bloomberg~Kimmel Institute for Cancer Immunotherapy along with Vice President Joe Biden at Johns Hopkins University, the Bloomberg American Health Initiative to invest in the intellectual resources to shape our public health agenda for the next 100 years, and recognized changemakers in public health as we celebrated a century of transformative change at the Johns Hopkins Bloomberg School of Public Health.

The songs we chose encourage us not to back down when the fight for saving lives gets hard:

Proving once more that women are integral to Africa’s economy, the women in our Economic Development program secured a major deal with the Marriott International’s first hotel in Rwanda. This signals that the women who have been provided business training through our programs have now entered into Rwanda’s growing hospitality, crafts, and agriculture industry on a larger scale.

Songs we selected remind us of what the women in our Economic Development program endured, and how far they have come: