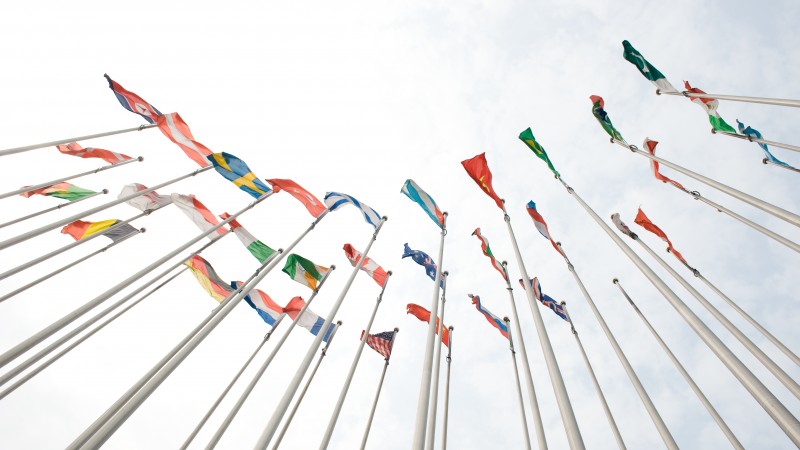 Climate change has no borders. It affects every region, every country and every community on the planet. So, how do we gather the will needed to address global climate change? The answer may be more local than you think.

This week, the United Nations ramps up climate change discussions through the expected adoption of the Sustainable Development Goals, in particular, SDGs 7, 11 and 13 which promote strong action on climate change, sustainable cities and clean energy for all.

The pace of global climate change has drastically quickened in recent years. Since 1990, carbon pollution has increased globally by almost 50 percent. As a result, temperatures are increasing. 2014 was the hottest year on record and 13 of the 15 hottest years on record occurred since 2000. NASA says that 2015 is headed for warmest year so far. Along with this dramatic warming have come the droughts, wildfires, heat waves and tropical storms that cause human suffering.

The considerable progress that the world has made on development will be wiped out if we fail to address climate change. Adoption of Sustainable Development Goals 7, 11 and 13 is an important step. The SDGs can focus international attention on clean energy, cities and climate change, drive investment in low-carbon solutions, and provide a framework to revisit and ratchet up international action over time. Perhaps most importantly, the SDGs link economic development and environmental and health protections.

Mayors are already global leaders in tackling climate change, and have seen firsthand that economic development and environmental protection go hand-in-hand. New York City, where the Pope addressed the United Nations on September 25, cut carbon pollution by 19 percent in six years, all while growing the economy and protecting public health. To help quantify this type of city action, benchmark progress and accelerate action, Bloomberg Philanthropies helped launch the Compact of Mayors – a global coalition of city officials who have pledged to reduce local greenhouse gas emissions, enhance resilience to climate change, and track progress in an open, transparent way. The Compact is an important complement to the SDGs by creating a consistent standard by which to benchmark real progress over time, thereby rewarding standouts and driving focus and investment to strategies that are making an impact.

Under the leadership of Michael R. Bloomberg in his role as the U.N. Secretary General’s Special Envoy for Cities and Climate Change, and in partnership with the world’s global city networks – C40 Cities Climate Leadership Group, ICLEI-Local Governments for Sustainability, and the United Cities and Local Governments – and with support from UN-Habitat, the Compact offers a common reporting platform to capture the impact of cities’ collective actions through consistent, public reporting of their efforts.

We know that mayors have the significant and direct power to reduce emissions and adapt to climate risks. The potential impact of cities taking climate action in three sectors alone – buildings, transportation and waste – would make an impact greater than the total emissions of United States and the 28 member states of the European Union combined.

Cities will have an important role this December when world leaders meet in Paris for the United Nation’s 21st session of the Conference of Parties (COP21), and when Paris Mayor Anne Hidalgo and Mike Bloomberg will co-chair the Climate Summit for Local Leaders.

The summit will empower local governments to set ambitious goals for reducing greenhouse gas emissions. It will convene city leaders and rally non-state actors to create realistic plans for achieving those targets and consistently report on progress. Most importantly, the summit will help ensure that local voices are heard at COP21 and that their efforts are reflected in the negotiations.

Currently boasting over 165 cities that have committed to the organization – representing more than 230 million people worldwide – the Compact is growing in influence and impact. As of now, nearly 20 percent of the world’s largest cities have already committed to cutting their emissions by at least 70 percent by 2050.

Paris will be a decisive moment to accelerate action on the SDGs and raise global ambition on climate. There’s no single, simple solution for climate change, but cities are demonstrating that there are practical, measurable solutions to combat climate change, grow the economy and improve lives around the world.