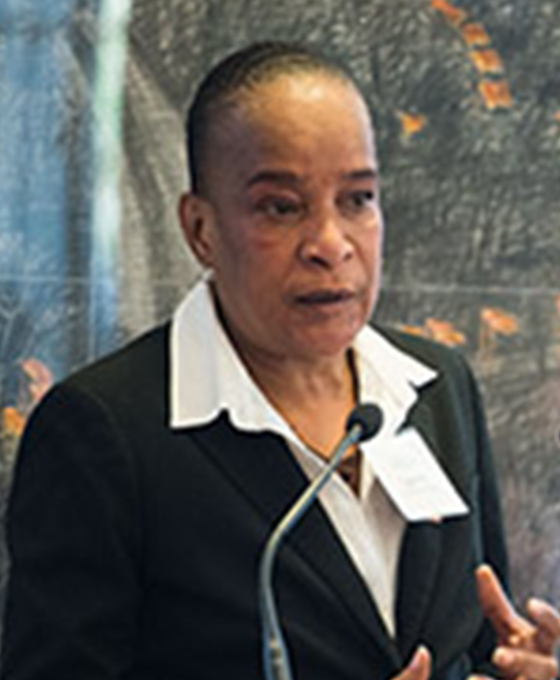 Programs under Eggleston’s direction include a partnership with locally based non-for-profit organizations working to create economic opportunities for women and their families through skills-building and vocational training around the world, including the United States. Additional partnerships have been developed in current years to bring market access to handworkers and people who work from home. Initiatives of these types have resulted in the first State of the Handworker Economy Report and the Compliance Program for Homes and Small Workshops launched at the United Nations.

Eggleston currently holds a permanent seat at the United Nations Economic and Social Development Council (ECOSOC), representing Bloomberg Philanthropies in a consultative status and currently serving as an Adjunct Professor of International and Public Affairs at Columbia University. Eggleston has recently been appointed to the Africa Advisory Board for the University of Global Health Equity in Rwanda.

Prior to joining Bloomberg Philanthropies, Eggleston worked for more than four decades in human and social development, both in government and the private sector. Eggleston returned to government as the Commissioner for New York City’s Human Resources Administration (HRA) for the Bloomberg Administration. She was the longest serving Commissioner of the agency, serving in this role from 2002 to 2007, and was the first Commissioner appointed to the position twice by the same sitting Mayor.

Eggleston served for 12 years under the Administrations of Mayors Ed Koch and David Dinkins at HRA, opening the first facility for infants with AIDS, to being appointed Deputy Commissioner for the Administration for Children’s Services and Deputy Administrator of the Emergency Assistance Units in the five boroughs of New York City.

Eggleston also served as the Executive Director of the Hetrick-Martin Institute, home of the Harvey Milk High School. While there, she met Mike Bloomberg who sought her advice on social services issues in New York and joined his first campaign for Mayor.

Eggleston was named one of the 100 Black Executives by Black Enterprise magazine and received the Arthur Ashe award for social development. She presented her work on social reform before Presidents Bill Clinton and George W. Bush, Presidents Thabo Mbeki and Jacob Zuma of South Africa, and the Presidents of Democratic Republic of the Congo, and Rwanda. She worked with Oprah Winfrey and the Governor of Illinois on legislation against child abuse, and Attorney General Janet Reno on hate crimes.

Eggleston received her Master's Degree as a Mayor’s Scholar at the New School of Social Research School of Urban Development.