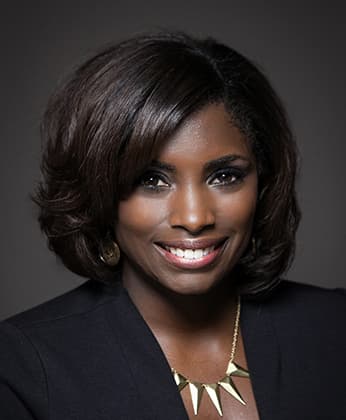 Garnesha Ezediaro is the lead of Bloomberg Philanthropies’ Greenwood Initiative - an effort to increase intergenerational Black wealth and address systemic underinvestment in Black communities. Garnesha is a proven leader with over a decade of experience serving as a catalyst for individual, community, and organizational growth. With a dedicated passion for transformation, Garnesha has worked across the public, private, and philanthropic sectors to design experiences, programs and content that inspires mission-focused, human-led innovation.

Garnesha returned to Bloomberg Philanthropies after serving as National Director for Black Outreach for the Mike for Black America Campaign. Prior to the campaign Garnesha worked in the media and technology sector where she served in Global Leadership Development Programs at Verizon Media - partnering with a dynamic team to deliver trainings and targeted development programs for over 11,000 employees globally. Her years of public service also include serving in strategic communications for the Government Innovation portfolio at Bloomberg Philanthropies, a unique program to support mayors and other city leaders in strengthening local governments around the world. Garnesha also served as Communications Director and spokesperson for New Orleans Mayor Mitch Landrieu and as Director of Marketing at Brick City Development Corporation in Newark, NJ under the leadership of former Mayor Cory Booker.