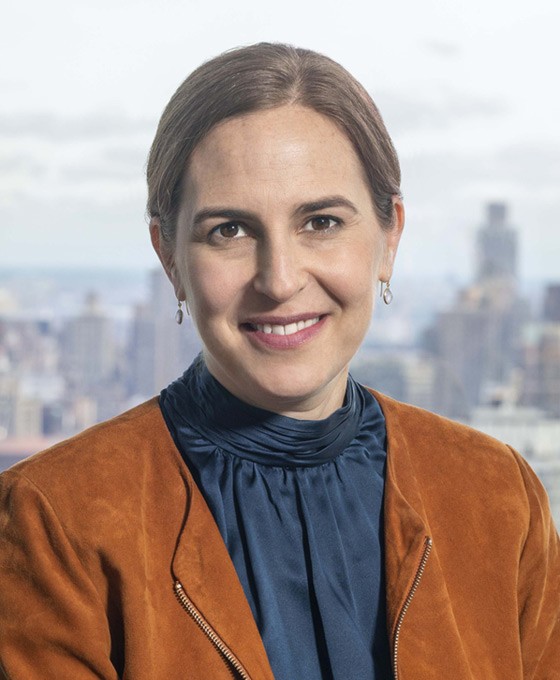 Allison Jaffin manages the operations of Bloomberg Philanthropies, which encompasses all of Michael R. Bloomberg’s charitable activities, including his foundation, corporate and personal giving. Working closely with Bloomberg Philanthropies CEO Patti Harris, Jaffin oversees and provides strategic direction for each of the foundation’s initiatives. In this role, Jaffin is responsible for all grants from inception through to execution as well as monitoring and evaluating the success of each program. In 2021, Bloomberg Philanthropies distributed $1.66 billion.

Jaffin left her job at City Hall as Special Assistant to Mayor Michael R. Bloomberg and First Deputy Mayor Patricia E. Harris in 2010 to develop Mayor Bloomberg’s foundation, including building out its operations and focuses.

While at City Hall, Jaffin oversaw special projects for the Mayor and various aspects of the First Deputy Mayor’s portfolio. In addition to handling communications and press issues for the Deputy Mayor, she was responsible for coordinating some of the City’s most renowned public art projects, including Christo and Jeanne-Claude’s The Gates and Olafur Eliasson’s New York City Waterfalls.

Jaffin’s career began in the Corporate Communications department at Bloomberg L.P., which oversaw the company’s philanthropy, press and government relations and special events. In this capacity, she assisted with Bloomberg’s personal philanthropy and expanded the company’s employee volunteer initiative, which is now a robust program that encourages all employees around the world to give back to their communities. She served in this capacity until joining Bloomberg’s first campaign for Mayor in 2001, where she managed the citywide volunteer effort. Jaffin also served on Bloomberg’s 2005 campaign, where she coordinated press and community events.

Jaffin is a graduate of Columbia College and serves on the board of trustees of Johns Hopkins University.