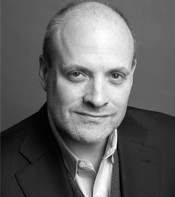 Howard Wolfson is the Education program lead of Bloomberg Philanthropies. He has launched the CollegePoint initiative to increase the number of low-income, high-achieving high school students who apply to and enroll in selective colleges and has developed a targeted strategy to support promising educational leaders and policies in selected geographies.

Wolfson is also instrumental in the policy and political universe of Mike Bloomberg, running his SuperPAC and advising him on politics and communication.

From 2010 to 2013, Wolfson was the New York City Deputy Mayor for Government Affairs and Communications. In this capacity, Wolfson oversaw local, state and federal government relations in addition to helping to craft the Bloomberg Administration’s overall communications strategy. He was particularly involved in the education, transportation, and technology sectors.

Wolfson served as the communications director for Hillary Clinton’s history-making run for the presidency in 2008. He has worked in and out of government, serving as Chief of Staff to Congresswoman Nita Lowey, and as the Executive Director of the Democratic Congressional Campaign Committee. Wolfson has worked on campaigns at every level of government, advising Charles Schumer, Kirsten Gillibrand, and Andrew Cuomo, among others.

Wolfson, a New York native, graduated from the University of Chicago and received a Master’s in history from Duke University.

Members of the media interested in connecting with Howard Wolfson and the Education team should contact communications@bloomberg.org