Would You Smoke These? 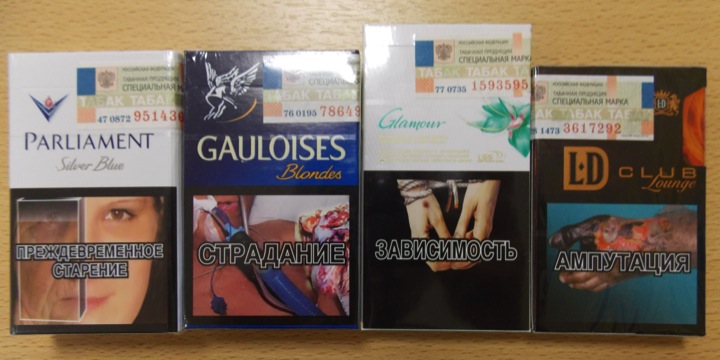 If your answer is “no,” you’re not alone. Research shows shocking images that provoke an emotional response are the most effective at motivating smokers to quit. That’s why Bloomberg Philanthropies and our partners work so hard to push governments to make them mandatory on every tobacco product—especially in countries where smoking rates are highest.

As a result of our efforts and those of countless health advocates, Vietnam and Russia (home to 15 and 60 million adult smokers) recently began enforcing regulations that mandate vivid depictions of the negative effects of tobacco on cigarette packs sold throughout those countries.

The reaction has been strong—and effective. Tobacco shop owners reported that they were frightened by the images. “I don’t dare touch the pack!” a non-smoking newsstand owner told one of our partners in Hanoi.

In Russia, rules passed earlier this summer are also having an impact. “I used to smoke for 15 years,” said a 32 year old web-designer in Moscow. “I knew, of course, that it was harmful, but I felt all right and didn’t want to give up smoking. But… smoking is not as pleasant and comfortable for me since June [when the warnings began to appear] as it was for all these years. Each time I take a cigarette, I see that awful picture.”

The new Russian law requires 30% of the front of tobacco packs to have text warnings, and 50% of the back to have text and pictorial warnings. Twelve versions of the warnings are being produced. Bloomberg Philanthropies grantees worked with the Russian Ministry of Health and counterparts in Brazil and Thailand to obtain rights for Russia to use pack warning images from those countries. Similar images have been adopted by neighboring Kazakhstan.

One Russian smoker summed up the impact of the new packs: “Now I feel like this could happen to me as well. I think I should try to quit”.

While we’re proud of these successes, knowledge of the harms of smoking still needs improvement. In 2010, the Global Adult Tobacco Survey (GATS) results from Vietnam showed that only about 55% of adults knew that tobacco use causes stroke, lung cancer and heart disease. The 2009 GATS survey in Russia found that more than 30% of Russians were unaware that smoking causes strokes. The new graphic warnings will go a long way to improving awareness, reaching those who ignore the text warnings or cannot read them, and help give people the motivation they need to quit smoking or stay away from tobacco products.