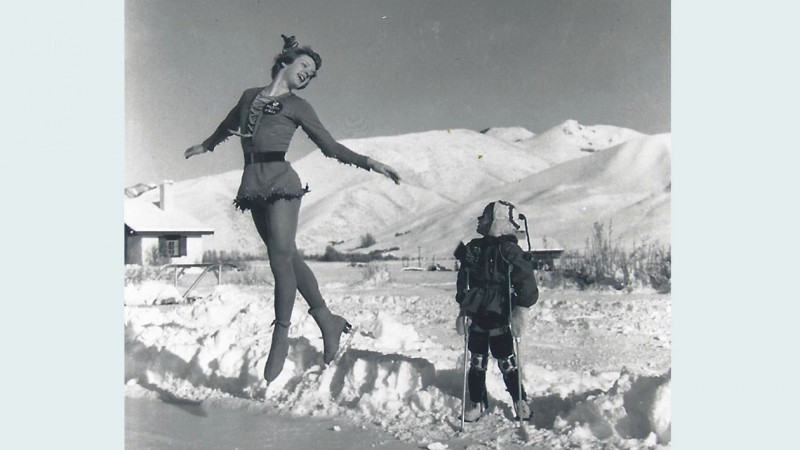 There is much to celebrate today in the global fight against polio. But our job is not yet complete.

In the 1950s, 33,000 or more Americans were crippled or killed by polio every year. The last known case in the U.S. was in 1979. When I had polio as a child, there was no cure, no treatment – no one even knew what caused it or how it spread – and certainly there were no vaccines.

I was lucky. Among the wards of severely affected children, many in iron lungs, I fully recovered. I was able to go on to win silver and then gold Olympic medals in figure skating before becoming a doctor. I have seen the disease from both sides, which is why I am so dedicated to supporting the eradication of polio.

India remains polio-free after more than two years without a single case. The number of cases of polio in Afghanistan, Nigeria, and Pakistan – the three countries that have not yet eradicated the disease – has decreased; in Afghanistan the rate is the lowest ever with only 7 cases.

We are facing a growing outbreak in the Horn of Africa and there are a number of countries where children are still not part of house-to-house polio campaigns. The environmental samples in Israel are positive for polio virus, raising concerns about the potential to spread in that region as well. This is the moment to push forward – never has eradication of polio been so close and therefore so crucial.

We need to offer access to vaccines for every child, everywhere, in order to get rid of polio for good. We are all vulnerable as long as there is a single child stricken with polio anywhere in the world.

Polio is solvable, measurable, and eradicating it saves lives. When we are successful in eradicating this virus we will have a model for other disease eradication efforts.

Bloomberg Philanthropies has a deep appreciation of the decades-long, enormous global effort – leadership, community mobilization, volunteer work, and financial support – that people all around the world continue to devote to polio eradication. Today, on World Polio Day, I encourage everyone to join us to end polio everywhere.

Here are some information links on polio, vaccines and ways you can support the eradication of this disease: www.polioeradication.org and http://www.unicef.org/

Tenley serves on the Bloomberg Philanthropies Board of Directors.