What every data-driven mayor needs 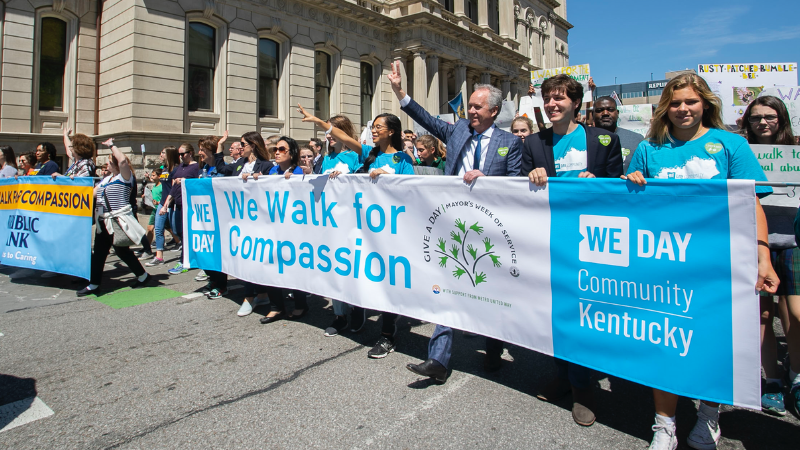 Louisville Mayor Greg Fischer has made building a more compassionate city one of local government’s core values. The city’s data initiatives serve to advance that agenda, not the other way around.

On a visit to Louisville a couple of years ago, I overheard a very brief conversation between Mayor Greg Fischer and a city employee. It’s left a big imprint on the work I do helping city governments bring data into their decision-making processes.

I was walking between buildings in the City Hall complex with Mayor Fischer and members of his senior team. Along the way, we crossed paths with a couple of sanitation workers who were emptying trash bins in the alley. When Fischer thanked them for their work, one of the men looked up, smiled, and replied proudly: “We’re a city that cares!”

I later learned that the employee was paraphrasing something Fischer talks about pretty much constantly, whether he’s meeting with city staff, community members, the business community, or anyone else. It’s his pledge to make Louisville a “compassionate city.” It’s an expansive idea and one that the mayor defines as showing “respect for each and every citizen so that their human potential is flourishing.”

Fischer has ranked compassion as one of Louisville Metro Government’s core values since taking office in 2011. He uses the concept as a unifying framework for everything from promoting volunteerism to boosting investments in education. Clearly, it’s a motivating force for employees as well. That a sanitation worker sees his work as part of Louisville’s compassion is a powerful sign of buy-in to Fischer’s vision.

I’ve been thinking about this story lately as we’ve been ramping up training through the What Works Cities Academy to help city staff across the U.S. use data to improve services. These lessons stick the best in cities where the use of data isn’t seen as a command from on high — but where it’s also baked into the city’s already-expressed values. When employees see using data as a way of meeting shared goals, it means something far more profound than when data is seen as a compliance exercise.

That’s certainly true in Louisville, which has a national reputation for being a well-run city. With tools like LouieStat, a regular system for reporting performance data and relentlessly pushing departments to improve, the city is on the leading edge of using data and evidence to deliver better results for residents. Last year, it was one of the first nine cities to be certified by What Works Cities for excellence in using data. This year, Louisville became one of just four cities to reach the gold level of certification.

When it comes to using data, there are a lot of mayors out there who would love for their cities to be as advanced as Louisville is. And, as they work to get there, here’s what they can learn from Greg Fisher: Your values come first.

Don’t get me wrong: Nobody in Louisville believes more in the value of data-driven government than Fischer does. He’s successful, however, not because he’s a technocrat but because he knows how to rally his city around a common vision. (In addition to compassion, Fischer’s other two pillars are advancing health and lifelong learning.) Louisville’s top-notch data work exists to advance the city’s broader agenda — not the other way around.

Sometimes this values-first point gets lost in the drive for more data-driven leadership in cities. But it’s critical for mayors to keep in mind as more of them join our movement. A key tenet of What Works Cities Certification is that a city’s mayor or chief executive incorporate examples of their city’s use of data and evidence into their public talking points. The most successful ones will, like Fischer, weave that data narrative seamlessly into how they talk about their values.

Here are three more lessons from Louisville that mayors should keep in mind:

All of this can be harder than it sounds. Many mayors struggle to turn winning election campaign messages into a clear set of governing values. Those who can do it, and bring their employees and residents along, will be positioned to build the momentum that’s needed for data and analytics work to take shape.