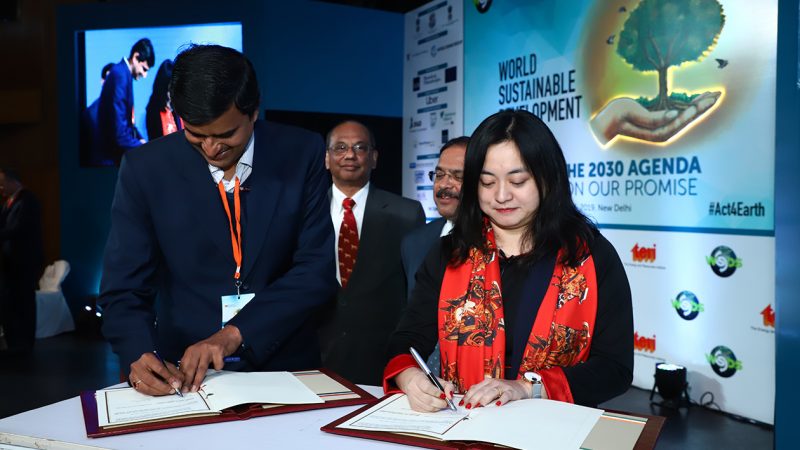 Air pollution presents a long-term threat to our environment and accelerates the progress of global climate change. It also has detrimental impacts on health, quality of life, and economic productivity. The World Health Organization estimates that nine out of ten people worldwide breathe dirty air – and India is home to fourteen of the world’s most polluted cities.

Over 75% of Indian cities exceed the limits set by the country’s own ambient air quality standards. But while India is tackling the complex challenges of development, urbanization, and industrialization, it also has the opportunity to innovate and follow a sustainable development model. India’s National Clean Air Program, which launched in January, has the goal of reducing particulate matter by 20-30% by 2024 from 2017 levels.

While this is an ambitious goal, international experience demonstrates that significant improvements in air quality are possible. At the World Sustainable Development Summit in Delhi, participants were excited to listen to a video message from Mike Bloomberg outlining New York City’s experience in tackling air pollution. Following the introduction of PlaNYC by the Bloomberg administration in 2007, sulfur oxide levels in NYC were reduced by 70%, and particulate matter (PM) by 20%. At the same time, life expectancy improved by three years and the city experienced high job creation.

At the summit, we also convened international experts from Beijing and London to interact with Indian officials and experts, and share experiences and insights on air quality improvement efforts. Participants were especially interested to learn more about China’s implementation of its National Clean Air Plan; and about recent innovative policy measures, such as a congestion charge, to reduce pollution from vehicles in London. While different cities and countries have their own unique contexts, there is lot they can learn from each other’s’ experiences in tackling air pollution.

A common theme that emerged is the complexity of the air pollution problem, with sources ranging from transport to industries to buildings.­ To address change, action would be required at national, regional and local levels, and by multiple actors – government, businesses and citizens. This multidimensionality was echoed in remarks from CK Mishra, India’s Secretary for Environment, Forest and Climate Change, who emphasized that partnerships with businesses, civil society, and people, will be key in addressing and reducing air pollution.

At Bloomberg Philanthropies, we are delighted to be entering into a new partnership with India’s Ministry of Environment, Forest and Climate Change. Together with our research and civil society partners, we look forward to being part of the effort to help reduce air pollution in India, which will also have implications for better air quality globally.