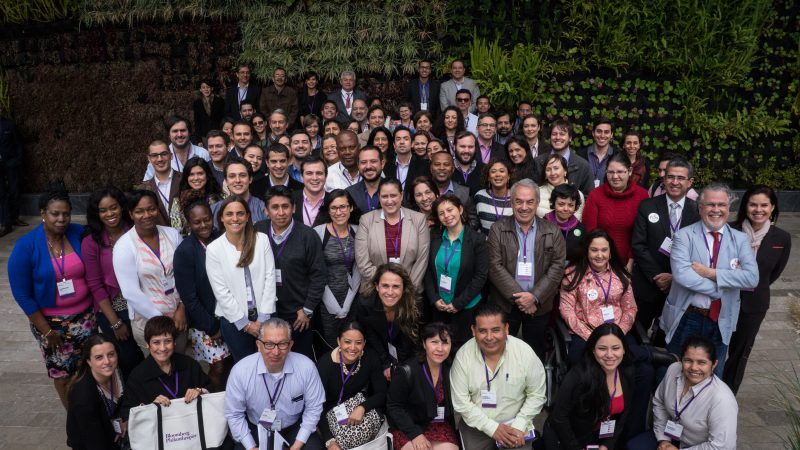 Last week, Bloomberg Philanthropies convened 100 leaders from 20 city teams in Bogotá, Colombia to challenge the ideas they developed to improve city life in Latin America and the Caribbean. Each team is in the race for five awards as part of Bloomberg Philanthropies’ Mayors Challenge – an ideas competition that invites hundreds of cities within a region to define a serious problem within their city, and then develop a bold, new idea to solve it.

Anyone would have been taken aback by the collective energy and excitement generated by the two-day program called Ideas Camp. The pace of intensive instruction, peer-to-peer critiques and probing was dizzying. Inspiration prevailed and the 20 finalists appeared more as comrades than competitors for US $9 million in innovation funding. 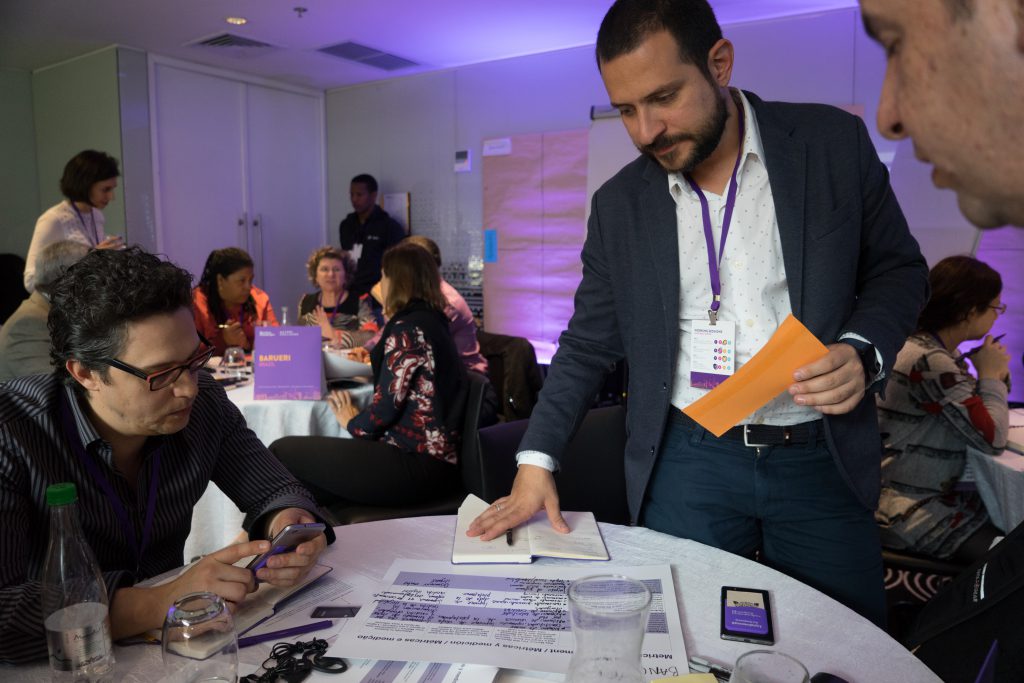 Here are ten top takeaways that reverberated in the halls of Ideas Camp and that can be used by any city who wants to bring an innovative, yet still theoretical idea, to life:

1. Embrace risk and take pride in saying, ‘We’ve never done this before’: As Mayor Enrique Peñalosa Londoño put it in the Ideas Camp kick-off, “It’s interesting what people can do when they’re thinking out of the box.” Cities must be open to looking around the globe to models they can import and adapt to help them solve their toughest problems.

2. You are not alone: In Bogotá, team after team said they felt a new sense of camaraderie after spending time with city officials with the same problems, misgivings and dreams. “When we got here, there was a part of comparing yourself to other cities that gives you fear. There are cities that have a tradition of innovation. When we saw we were finalists with Curitiba, Medellín, Bogotá, Santiago, we were terrified. ‘How will we compete with them if we are only starting?’ But we realized that each project has a goal and each city its peculiarities. We realized we deserve to be here and we learn from each other,” said Zulma Bolívar Devecchi from Caracas, Venezuela.

3. Prototype, prototype, prototype: Perhaps no idea seemed to resonate with cities more than the near-constant admonition to test their proposed idea, retest, and then test a bunch more times. Roberto Gregório, the team leader from Curitiba, Brazil was struck by the emphasis on risk-taking and seeing initial failure as an opportunity for learning. “Being able to test and fail, test and fail, test and fail to get success has been a very important lesson we had here. The idea of segmenting and testing and revising and continuing to implement has been a very important lesson.”

4. Learn to pivot: When prototyping surfaces new insights about your idea embrace the learning and make changes. Simon Day, a partner with Isos Partnership and an Ideas Camp Coach, quoted boxer Mike Tyson to make this point: “Everybody has a plan until they get punched in the face.”

5. Data tells the tale: The best way to convince city hall colleagues and constituents that you have a great idea is with cold, hard facts. “The story is in the numbers,” said Bloomberg Associates’ Linda Gibbs.

6. But you need other ways to tell the story: Finalists had to pitch their proposals to a group of experts, and constructing a narrative that was responsive to their many stakeholders was key. Any bold idea must be iterated “to the actual needs of the people,” Luis Arnal, CEO and Co-Founder of Insitum said to Ideas Camp attendees – and every idea starts with a story.

7. Failure can be your friend: No one enjoys it, but veteran innovators know that more often than not, successes are built from the ashes of early missteps. “To me, it’s not a failure if there’s a big idea that comes out of it,” said Tomasz Pactwa, of the City of Warsaw, a 2014 Mayors Challenge winner. “It’s also about leadership, it’s about how you lead a team through that, because people are working hard and if they don’t feel they are being successful, it can be very demoralizing.”

8. Celebrate – and communicate – early indicators of success: Even modest successes for a project early on can build commitment from stakeholders. City innovators must share “early signs of success,” said Courtney Hawkins of the City of Providence, Rhode Island, a 2013 Mayors Challenge winner.

9. Build a movement: The Mayors Challenge (or any innovation process) is not just about winning a prize or launching a single initiative. The process of experimentation “helps create a new generation of civil servants,” said Juan Felipe López Egaña, Executive Director of Laboratorio de Gobiereno and 2016 Selection Committee member. Echoed by Yvon Alton of the Cap–Haïtien, Haiti team who committed to take back the skills learned at Ideas Camp, “by the time we stop sharing, everyone in Haiti’s local government will learn from us.”

10. Everyone wins: The city teams represent 20 cities that were chosen from 290 applicants who were also committed to shift the way their government approaches a problem and impact the lives of their citizens. While the competition will only award five prizes later this year, “our dream is to see all projects implemented,” said Fuad Khoury, Peru’s former Comptroller General and Selection Committee member.