Taking Care of Moms on Mother’s Day & Every Day 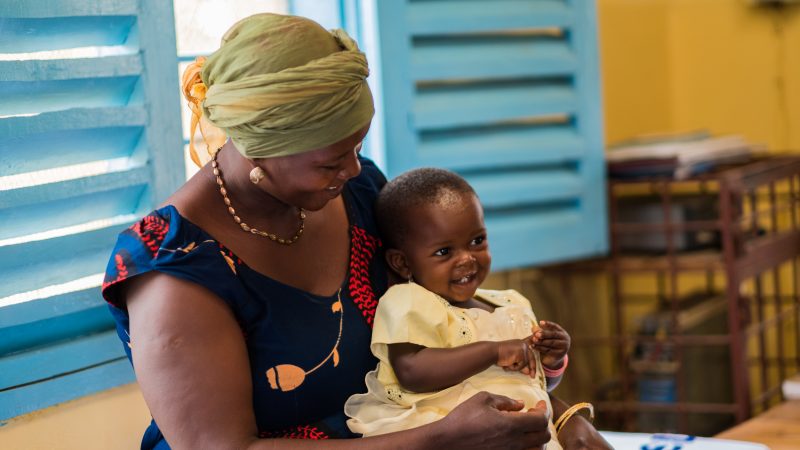 Mrs. Jackson and her daughter, Jovina

“I had not gone into labor. I just had dinner and went to sleep. Then, there was a heavy flow of blood, so I talked it over with my husband and we decided to go to the dispensary. The nurse examined me, and she called for an ambulance to transfer me to a health center. When I reached Nguruka Health Center, it went very quickly. The doctor explained to me that I was bleeding heavily and I needed to be operated on right away. I was with my husband when the doctor told us. I was taken to the [operating room] theatre straight away where I had my C-section and was later given two units of blood transfusion.”   ~ Mrs. Remisia Simon Jackson, Chagu Village, Uvinza District, Kigoma Region

This is a familiar story for too many mothers – an early delivery, a birth plan gone off course, an emergency c-section. But many mothers, unlike Mrs. Jackson, will not live to tell their stories. Around the world, approximately 830 women die daily from preventable causes related to pregnancy and childbirth. Developing countries have an overall maternal mortality ratio of 239 deaths per 100,000 live births, while in developed countries that ratio is 12 deaths per 100,000 live births. Ninety-nine percent of maternal deaths occur in developing countries.

These sobering statistics underscore the healthcare disparities between high- and low-income countries, especially when it comes to women’s health—and the dire need to address them.

That’s why Bloomberg Philanthropies began a maternal and reproductive health program in 2006. Our program began in Tanzania, which has the sixth highest rate of maternal deaths in the world. A woman dies nearly every hour in Tanzania due to pregnancy and childbirth. We took several steps to address this urgent problem:

To date, over 100,000 babies have been delivered in project-supported health centers and over 5,500 c-sections have been performed. As a result of Bloomberg Philanthropies’ investment in family planning, we estimate that 826 maternal deaths and 6,800 child deaths have been prevented in Tanzania.

Fortunately, both Mrs. Jackson and her daughter, Jovina, survived thanks to the skills and supplies at the health facility. Inspired by his family’s experience, their husband and father, Mr. Jackson, is using his position on the Village Council to encourage women to deliver in a health facility with a skilled provider. In honor of Mother’s Day, we hope you will consider learning more about the health issues facing mothers around the world today and share this blog with a mother in your life.