The STOP Winners: Shining a Spotlight on Big Tobacco 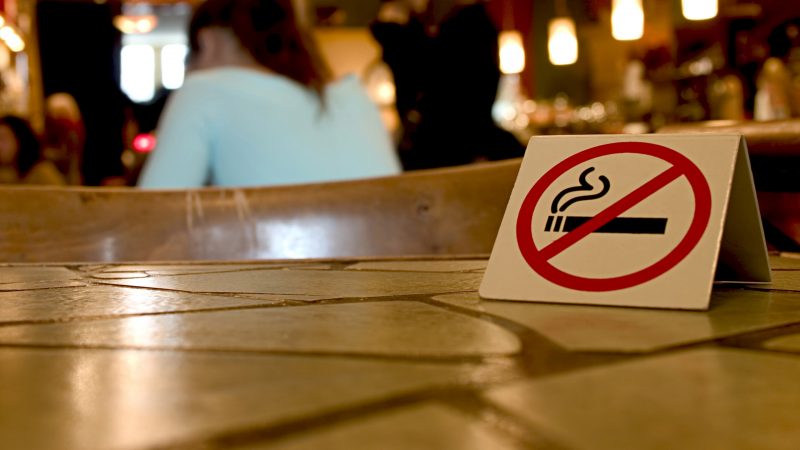 Left unchecked, tobacco use will kill one billion people this century. It’s the most preventable cause of death in the world. But saving lives means more than just quitting smoking. It means pushing back against a powerful, wide-reaching global industry that spends tens of billions of dollars every single year to recruit tobacco users through aggressive marketing campaigns.

And although we’ve come a long way, smoking rates in the developing world are still above 40 percent. It’s young people and vulnerable populations in low- and middle-income countries who are the tobacco industry’s biggest targets.

That’s why earlier this year at the World Conference on Tobacco or Health in Cape Town, South Africa, Bloomberg Philanthropies launched a new global tobacco watchdog group known as STOP, or Stopping Tobacco Organizations and Products, to shine a spotlight on big tobacco’s most underhanded tactics, including marketing directed at children and the developing world.

Today, we welcomed on board an incredible group of organizations that were chosen through a competitive application process to direct STOP. On their own, these organizations have decades of experience pushing back on big tobacco in every corner of the globe:

These groups will continue and accelerate global work in this area to strengthen public health efforts—especially where the industry targets the most vulnerable.

Bloomberg Philanthropies’ founder Michael R. Bloomberg said it best: “All of the groups taking part in this effort have a strong history of fighting back against the tobacco industry’s tricks, and together they can help save a lot of lives.” 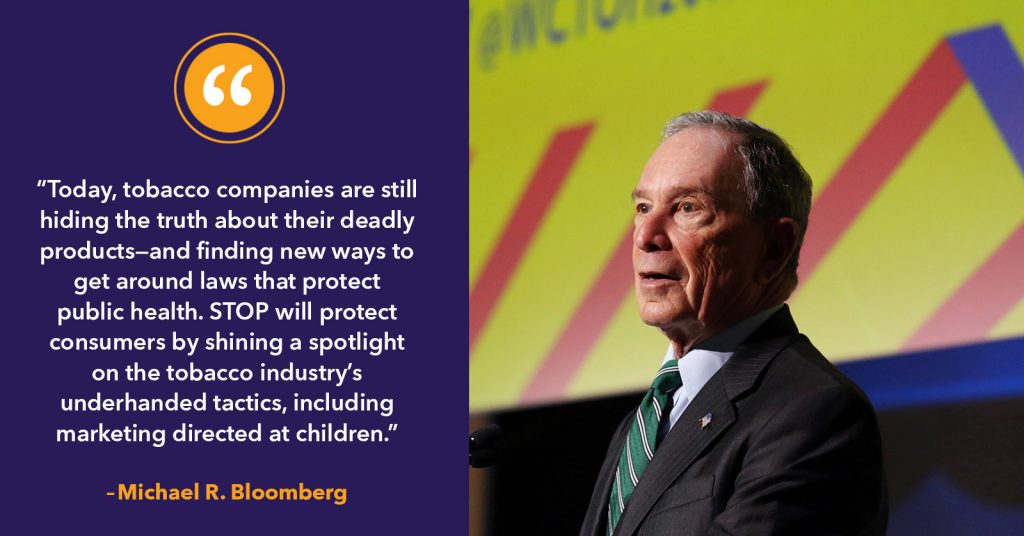 We believe that with STOP, the tobacco industry won’t be able to continue its deceptive practices unchecked. And, if we can make a dent in Big Tobacco’s targeting of young kids— actually preventing them from getting hooked in the first place—imagine what that could mean for the health and well-being of our next generation.