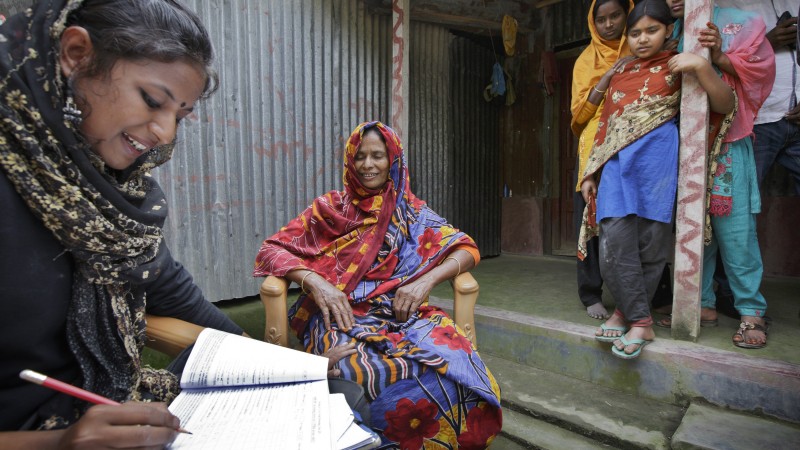 A field worker, left, talks with a villager to collect surveillance data for the drowning prevention program run by the Center for Injury Prevention and Research, Bangladesh (CIPRB) in the Sirajganj District in the northern part of Bangladesh. (Kuni Takahashi/Bloomberg Philanthropies)

The vast majority of these drowning deaths – 91 percent – occur in low- and middle-income countries. And the highest rate of death is among adolescents and children age 5 and under. In Bangladesh, drowning now accounts for 43 percent of deaths among children aged 1 to 4.

“Whether it is small children slipping unnoticed into a pond, pool or well; adolescents swimming under the influence of alcohol or drugs; passengers on vessels that capsize; or residents of coastal communities struck by floods, the daily toll of this leading global killer continues its quiet rise,” said Margaret Chan, director-general of the World Health Organization. 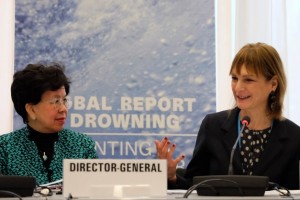 Yet there is no worldwide prevention campaign designed to reduce drowning deaths. And drowning is one of the more preventable causes of death, as high-income countries have discovered through their own efforts to limit this all-too-common killer.

To help put better data and context behind this leading cause of death, Bloomberg Philanthropies helped fund a new World Health Organization study The Global Report on Drowning; Preventing a Leading Killer. Bloomberg Philanthropies CEO Patricia E. Harris and Dr. Kelly Henning of the Foundation’s public health team, travelled to Geneva to launch the report which is the first major study of its kind to look at drowning deaths worldwide, their causes, and to recommend practical solutions that will prevent these needless deaths.

“Despite the terrible toll drowning takes on communities around the world – especially in low- and middle-income countries – it hasn’t gotten the attention it deserves as a serious and preventable problem. This report can help change that, and it will help us save many lives,” said Patricia E. Harris.

The report makes 10 concrete recommendations, five that communities themselves can undertake, and five that require coordinated national efforts. 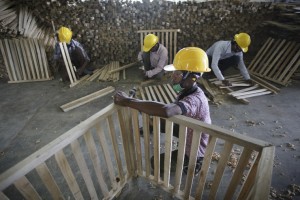 Workers make playpens in the factory at Raigani field office of thE Center for Injury Prevention and Research, Bangladesh (CIPRB) in the Sirajganj District in the northern part of Bangladesh. 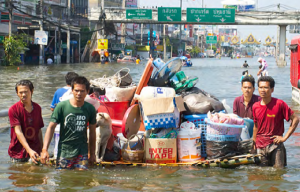 This report brings needed attention to drowning, a leading cause of death that has been under-measured and researched up to this point. The report also shows the importance of programs working to prevent drowning such as our $10 million program launched in 2012 working in Bangladesh to evaluate two potentially effective drowning prevention methods: community daycare centers and locally manufactured playpens. This program is preventing drowning deaths in children 1 to 4-years-old in Bangladesh and, once proven successful, these types of interventions could be scaled up nationally and in other low- and middle-income countries.