Artists have played a critical role in helping society visualize, approach and process complex challenges. It is no surprise that climate change has emerged as a central topic for many artists.

Imminence, which lit up the Bloomberg Arcade in the City of London with shape-shifting projections highlighting the impact of human-led climate change during the COP25 climate change conference and Ice Watch, which displayed blocks of melting ice in clock formation in Copenhagen, Paris and London; alongside the Anchorage Museum’s SeedLab, which encourages artists to address climate change and envision a sustainable future, are just a few recent powerful pieces.

This week and through September 20th, residents and visitors to Paris have an opportunity to experience an outdoor public art piece by the award-winning digital artists Umbrellium, which highlights the role of collective action in fighting climate change. The piece, titled Singing Trees, is supported by Théâtre du Châtelet, Louvre Abu Dhabi and Bloomberg Philanthropies. 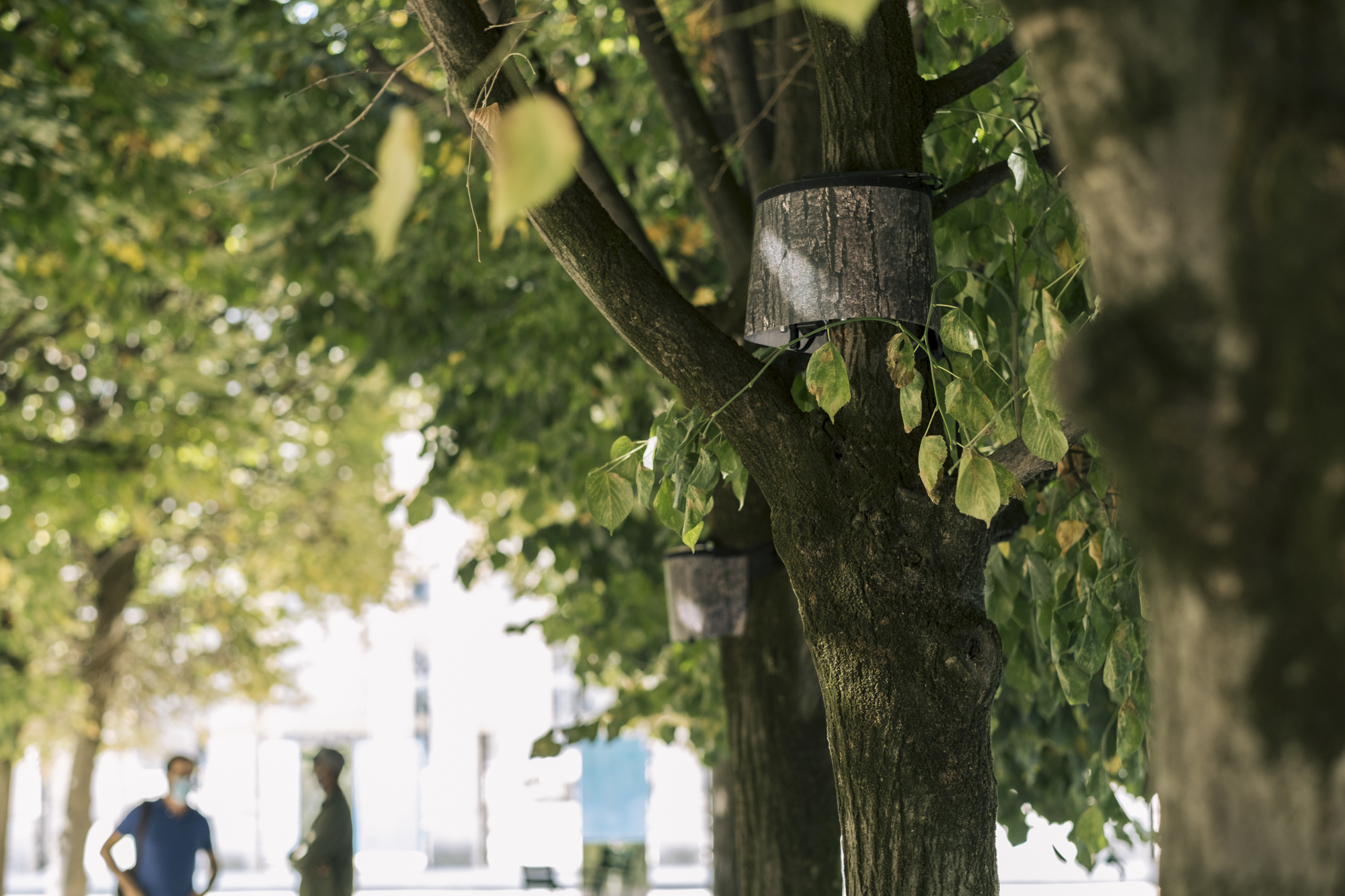 As visitors move closer to the trees in the Jardin du Palais Royal, their song becomes louder and more in-sync. The piece premiered in Abu Dhabi earlier this year and will tour cities around the world, including London and New York, before returning to Paris for the Olympic Games in 2024.

The tour aims to underscore the global nature of the project and the borderless problem of climate change, and the music played by the trees at each stop will reflect the hosting city. In Paris, the trees will perform a new composition by French composer Pierre-Yves Macé, alongside songs by acclaimed rapper Abd Al Malik, and Icelandic icon, Björk.

Outdoor public art is even more critical as it provides a safe way to access culture while maintaining social distance during the Covid-19 pandemic.

Free access to Singing Trees is available every day from the 10th – 20th of September from 9am to 10pm in the garden of the Palais Royal as part of the Ircam Manifesto-2020 Festival, and in partnership with Centre des Monuments Nationaux.