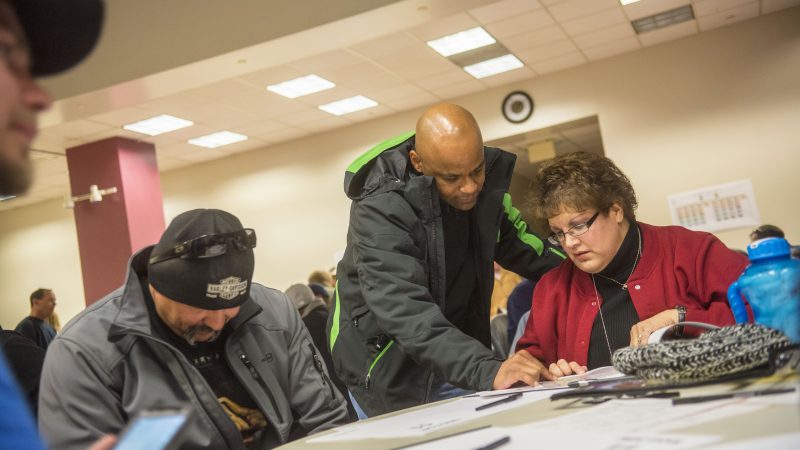 As a former community organizer, Denver Mayor Michael Hancock knows the importance of outreach and listening to different voices. It’s a principle that Hancock has committed to as the architect of Peak Academy, a city-focused program that trains employees to eliminate waste and improve the way government works rather than relying on outside consultants and experts.

The recipient of a host of awards and praised by civic leaders from around the world, Peak Academy utilizes tenets of “lean” manufacturing and process management to support employees. Since its inception in 2011, the program has trained nearly 6,000 civic employees and helped save the city around $20 million. Work on the initiative accelerated in 2014 after Denver joined Bloomberg Philanthropies’ What Works Cities program, which applies the data-driven approaches championed by Michael Bloomberg during his 12 years as mayor of New York City. Hancock is also a member of the inaugural class of the Bloomberg Harvard City Leadership Initiative. Launched last month, the first-of-its-kind collaboration between Bloomberg Philanthropies, the Harvard Kennedy School of Government and Harvard’s business school will provide mayors and members of their senior teams with high-quality executive coaching and training.

When Mayor Hancock launched Peak Academy, he had just entered office after his predecessor, John Hickenlooper, was elected governor of Colorado. Hancock inherited a $100 million budget shortfall and he led a workforce that had endured a number of furloughs and layoffs. The idea for the Academy arose during a strategy session with some of his top administrators. Their goal: train the city’s employees as a way to improve how Denver served residents, all while leveraging existing resources to save time and money. And the mayor directed his team to ensure the needs of Denver’s most vulnerable residents were included in the Academy’s plans.

Hancock, 48, knows first-hand about the problems of Denver’s low-income families. He spent some of his childhood living in and out of motels with his mother and nine siblings. His life has also been touched by tragedy. He lost a brother to the AIDS epidemic and a sister to a murder-suicide. He says those experiences have helped fuel his commitment to public service. Hancock served eight years on Denver’s City Council before being elected as the city’s chief executive in 2011.

While in office, Hancock has governed amidst considerable demographic changes in his city. In just six years, Denver has experienced 15 percent population growth. With it have come rising housing costs that have priced many longtime residents out of some neighborhoods and placed more of a burden on public infrastructure, especially public transit.

We talked with Mayor Hancock about Denver, its growth, and how Peak Academy has transformed the way the city delivers services to residents.

What sparked the creation of the Peak Academy? And how has it changed the way you manage data in Denver?

It arose from the question of how do we innovate as a government in the 21st century? We saw examples in Baltimore and Cincinnati of cities using data to improve their operations. We developed the idea and fine-tuned it for our employees. Peak Academy is a way of identifying when we can be smarter, better and faster. We in government often do not think about our people who are actually on the payroll as agents of change. When it’s time to make a big change, we bring in consultants to tell us what to do. But, in my opinion, the smartest consultants are payroll people, employees on the front line. It’s the idea of investing in yourself.

Our employees have saved Denver almost $20 million just by improving processes. As an example, we would send out notices to our residents, in this case tax bills to property owners, and we would send them as certified mail. But with certified mail there is a metering process that has to occur. And after our employees took a look, they realized we could send the notices as first class mail. That finding alone saved us about 4,000 hours of employee time. That’s time, money, and resources we saved.

Denver has seen its population explode over the past decade. What challenge does that present for city hall? And how is innovation helping you respond?

We have seen 115,000 new people move to the city in the last decade. With such an influx, we needed to be able to maintain and, even, increase local productivity. We had to take a common sense approach to deal with the growth. Some of the key issues we’ve focused on are mobility and transportation. And public-private partnerships have helped us address these challenges. For example, we’re partnering with Panasonic Enterprise Solutions, which helps cities solve challenging problems with technology. They’ve helped us place little nodes on our traffic signals to help better manage the flow of traffic. Our traffic patterns aren’t as stagnant as they used to be. That means more movement of vehicles and less headache for drivers because of this project.

How important is citizen engagement to your success as mayor? What are the obstacles and how do you address them?

Citizen engagement is one of the most important aspects of my job. And technology helps us tap into the ideas of our citizens. An example is the Pocket Government App we created in 2014. Residents register on the App and we can send them information, whether it’s about recycling, road repairs, or when to renew registration for their cars. The goal is to bring services to the people. It’s critical to engage with the people. Here’s the thing – I was trained in community organizing and you have to engage early and often to get people to share in your ideas.

Do you have any advice for new city leaders?

Invest in meaningful and tangible ways in your city employees. They are the most important resources. It improves morale and increases their sense of ownership of the challenges you’re trying to solve. It also unlocks their expertise. Since starting Peak Academy there has been a phenomenal response from employees and outside organizations.