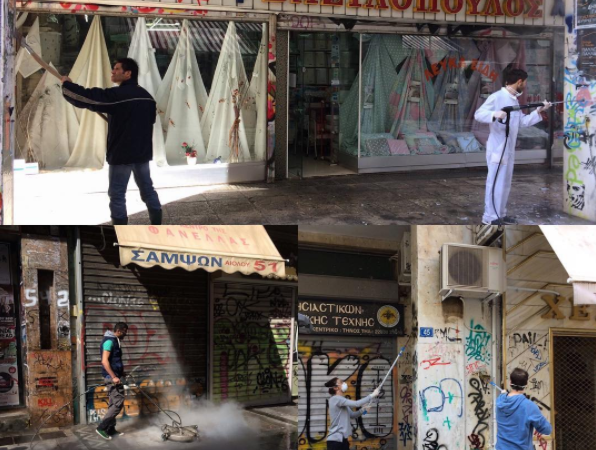 If there’s one good thing to come out of the Greek financial crisis, it’s that the turmoil provoked many people throughout the country to pitch in—both to put Greece back on track and to provide each other critical services when the government was cutting back. Documentary filmmaker Amalia Zepou was one of those citizen volunteers, helping clean vacant lots in her Athens neighborhood, teaching neighbors how to recycle, and tending to a community garden. The experience opened Zepou’s eyes to the vastness of this volunteer movement—“It was a phenomenon,” she said—and to the fact that there was nothing connecting these new groups of volunteers to each other or to the city. 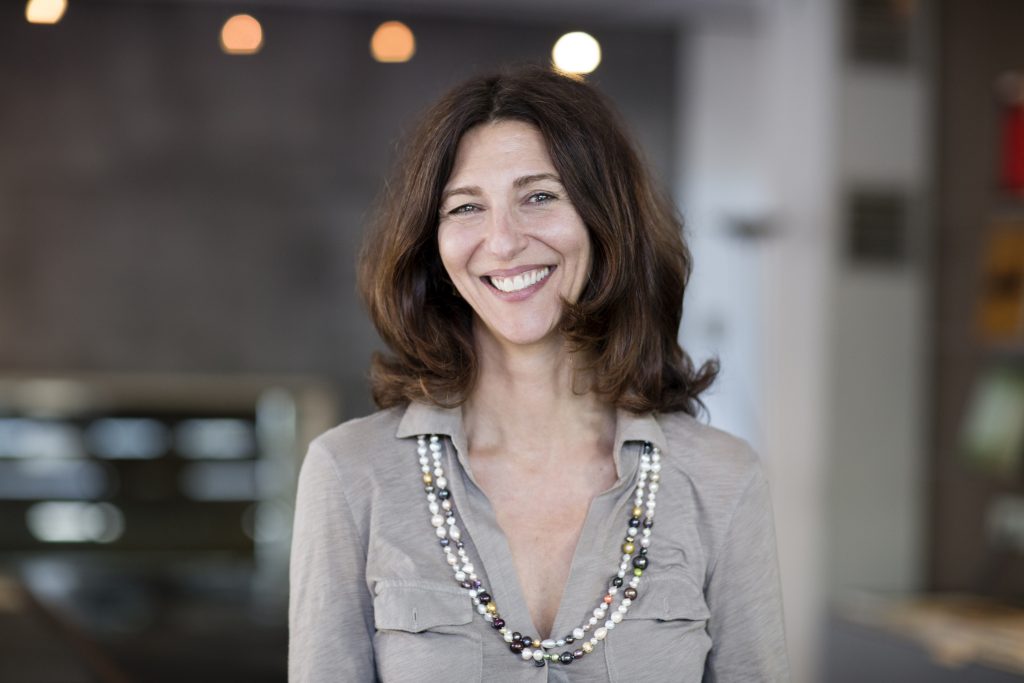 Zepou discussed her concern with Athens Mayor Giorgos Kaminis in 2013, and that meeting led to the two partnering to find ways the city could better leverage and support this newly engaged citizenry. In 2014, Zepou was elected to the Athens Municipal City Council and, a few months later, was appointed vice mayor of civil society and innovation. As vice mayor, she helped spearhead Athens’ winning entry in the 2014 Mayors Challenge, which provided the city with funding to create synAthina, an online platform that connects engaged civil society organizations with resources, each other, and opportunities to help with local decision making. Three years later, we caught up with Zepou to talk about her transition into public service and the city’s success with synAthina.

What prompted you to approach the mayor about finding new ways to engage volunteers in Athens?

Mayor Kaminis is an independent candidate who was first elected in 2010, right at the beginning of the Greek financial crisis. He was immediately interested in connecting with these volunteers. Meanwhile, I had recently moved to the center of Athens and had become involved in various volunteer activities. Judging from my own urge to make a difference around my neighborhood—and with what I saw other citizens around the area were doing—I saw that none of us could relate to the city’s “volunteer office.” A new culture of public-spirited activity had been born and the municipality had no mechanism to engage it. If there was one person who could understand this opportunity, it was Mayor Kaminis. So, in 2013, I managed to get an interview and asked him to let me try and figure out a way to connect the municipality with this newly rising engaged citizenry.

How did your work as a documentary filmmaker shape your approach in creating synAthina?

In 2004, I made a documentary about the Olympic Games in Athens, which focused on issues of identity and how Athenians related to their city under the light of international attention. During my research, I felt that inhabitants of Athens had a sense of pride for their city that wasn’t represented in the hosting rhetoric of the Olympic Games itself. I still believe that the official media hasn’t grasped the dynamic potential of citizens who come up with their own solutions for the city. Documentary filmmaking has to do with long hours of close observation of people’s behavior, beyond the words they might automatically answer in interviews, about their city and the urban environment. synAthina is based on community groups’ action, not their ideas nor their good intentions. What people actually do for their city is an invaluable source of knowledge about how they feel and what they want for it.

How has synAthina changed the relationships between the community, the people, and the municipal government?

There are now more than 2,500 activities and more than 300 community groups on the synAthina platform. One of the biggest incentives for community groups to upload their activities is that synAthina connects them to donors, experts, and municipality services. The autonomy and the transparency of these connections are steadily changing the way citizens and the government have traditionally related to each other. The more new actors we host on the synAthina platform, the more we realize that the role of government is shifting toward being a facilitator and enabler of change. Politically and administratively, it takes a dose of maturity for leaders to let go of the previous—failed but familiar—top-down, know-it-all attitude.

What advice do you have for local leaders who are looking for new and deeper ways to engage their residents?

The international interest—from both local governments and organizations—in developing new ways to engage civil society is phenomenal. The global economic crisis has led to hundreds of grassroots initiatives across the planet, including our work in Athens. Local leaders are asking a couple questions: “How can we approach the disenchanted?” and “How can we include the traditionally marginal sectors of society in our decision-making processes?” My advice is to start by looking at already-tested experiments, like synAthina and various other “city labs” across the globe, that have made initial attempts to tear down old silos in order to engage citizenry both differently and effectively.