Skip to main content
May 12, 2017 Public HealthMaternal Health in Tanzania

Planning for Prevention: Using Family Planning Methods as a Protective Measure Against the Zika Virus

By HAS Haiti and Family Planning 2020

Family Planning 2020 (FP2020) is a global partnership that supports the rights of women and girls to decide, freely and for themselves, whether, when, and how many children they want to have. An outcome of the 2012 London Summit on Family Planning, FP2020 works with governments, civil society, multilateral organizations, donors, the private sector, and the research and development community to enable 120 million more women and girls to use contraceptives by 2020.

Committed to improving and saving lives, Bloomberg Philanthropies pledged $50 million at the London Summit to reproductive health efforts and has since worked with the Family Planning 2020 Secretariat and the UN Foundation to establish a Rapid Response Mechanism (RRM). This grant mechanism provides funds to local organizations in 69 countries, responding to emerging, unanticipated, time-bound opportunities that will help reach the FP2020 goal of enabling 120 million additional women and girls to use contraceptives by 2020. Hôpital Albert Schweitzer Haiti (HAS) received a grant through the RRM in October 2016 to accelerate the use of contraceptives, thereby mitigating the impact of the Zika virus and preventing birth defects in children during the peak of the epidemic.

HAS is located 90 miles north of Port-au-Prince in the town of Deschapelles, in the Artibonite Valley near the Artibonite River.  In early February of 2016, 418 women with suspected Zika virus were seen at HAS.  With the upcoming rainy season – during which it was anticipated that the virus would become even more widespread – HAS was afraid that Zika could negatively impact thousands of women and girls and their children for generations.  Therefore, it became critical to get the word out about the dangers of the Zika virus during pregnancy and the benefits of using family planning methods as a protective measure.

Since December 2016, HAS has seen overwhelming success, reaching 7,170 women and girls (and 1,317 men) in the greater Deschapelles community with education about the Zika virus and the importance of family planning during the outbreak. Education sessions covered signs and symptoms of Zika, virus transmission, prevention methods, and the dangers of the virus in pregnant women. Community members received this information at community health centers, mobile clinics, and health posts. As most communities rely on radio emissions for news and information, HAS also contracted with three local radio stations to host weekly broadcasts about Zika – providing education and enabling community members to call in with questions or concerns about the virus.

Additionally, HAS held two Zika and Family Planning community outreach campaigns in February and March – providing targeted messaging on Zika, provision of contraceptives, and community mobilization. The local Ministry of Health officials have been excited about this project, which addresses unmet needs for contraceptives in Haiti. After the first campaign, United States Agency for International Development (USAID) and the Ministry of Health sent representatives to HAS to further investigate the project because they could not believe the results achieved in only two weeks.

HAS plans to conduct four more campaigns over the next five months. 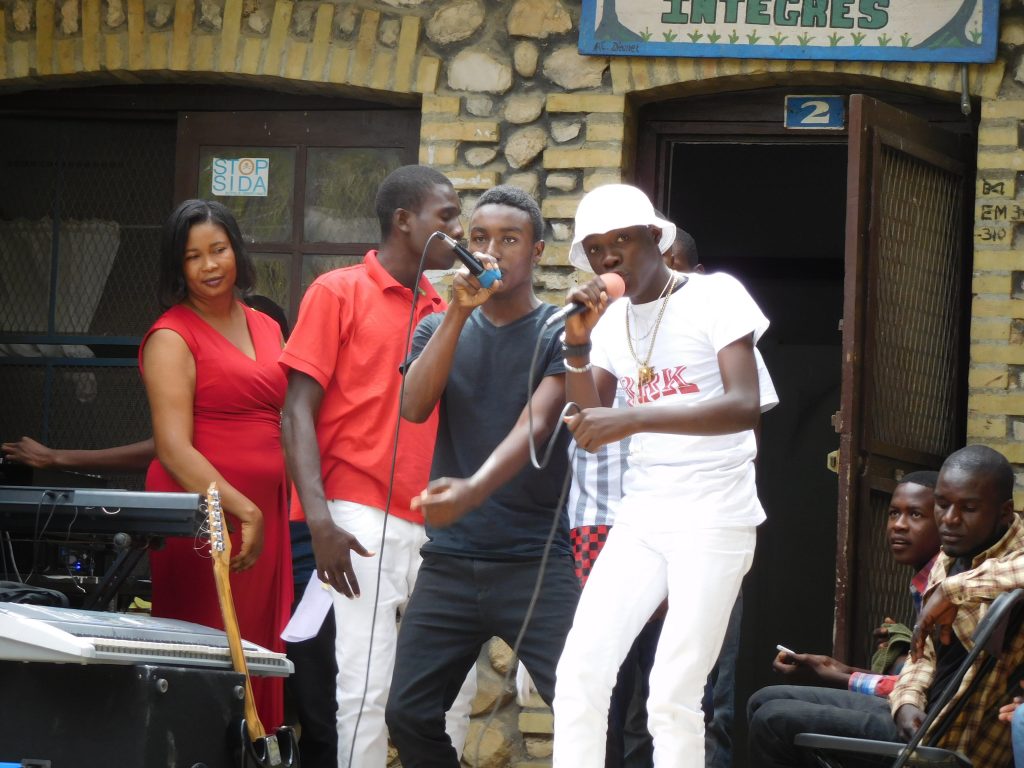 TO RAISE AWARENESS ABOUT ZIKA, HAS IMPLEMENTED CAMPAIGNS IN FEBRUARY AND MARCH THAT INCLUDED A DEDICATED SONG

Overall, contraceptives were distributed to 609 women during the first two separate five-day campaigns. Of these women, 40 percent (243) received the Jadelle implant (a long-term contraceptive providing protection for five years) – almost double the amount distributed over the entire year in 2016.

One of the beneficiaries of Jadelle was a woman named Iméne.  Like many women living in the mountains above the Artibonite Valley, Iméne is hopeful that her three children will be able to have an easier path than she has had. During one of HAS’ family planning outreach clinics, she shared, “I am only 25 years old and I have three children. I came today to get family planning to help me – and allow me to encourage my children to stay in school. I need to be able to support them, and keep them interested in continuing in school because the ground is barren here and life is hard.”

Funding for this project has also had a significant positive impact on HAS’ community health workers, including a woman named Melyse, who has made it her mission to educate women on the dangers of becoming pregnant before their immunity against Zika has developed.  She teaches women about contraceptive options, helping each find a method that is right for them while providing the education they need to feel comfortable and knowledgeable in using it.  “Because Zika can be transmitted sexually, it is also important to explain to people that they need to use condoms if the other partner has or recently has had Zika,” she says.  Melyse’s passion for her job and for educating as many people as possible on how to prevent the spread of Zika is our best tool in our fight against the virus.  “I love every part of my job because it saves lives,” she said.  “Helping people make healthy decisions saves lives.”