Our Ocean: Next Steps on Sustainable Fishing and Marine-Protected Areas 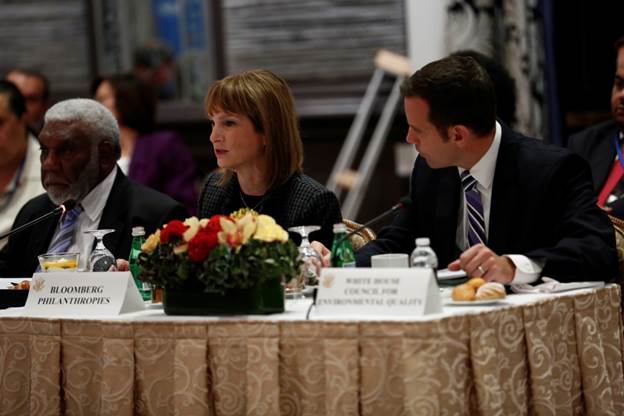 On September 25, 2014, Patti Harris, the CEO of Bloomberg Philanthropies, joined Secretary of State John Kerry, Under Secretary for Economic Growth, Energy, and the Environment Catherine Novelli and dignitaries from around the world to discuss the urgent work of protecting the oceans.

Below are Patti’s remarks as delivered:

Thank you, Under Secretary Novelli – and thank you Secretary Kerry for hosting us today to talk about a very important topic – and one that Bloomberg Philanthropies and our founder, Mike Bloomberg, are deeply committed to: The need to protect the world’s oceans.

It’s an honor to be in the company of so many great leaders who care about this issue, including David Rockefeller Jr. whose lifelong commitment to our oceans is unsurpassed.

Because of years of mismanagement, the situation could not be more urgent, which is why we’re so glad that the Secretary and the foreign ministers here today have made it a top priority.

And it’s why, earlier this year, Bloomberg Philanthropies made a $53 million commitment to tackle the problem of over-fishing head on.

Like many of you, I have seen firsthand the devastating impact poor management has had on our oceans.

Bloomberg Philanthropies is invested in reversing this damage, because we see the degradation of our oceans as not only an environmental issue, but also as a potential public health emergency and an economic crisis.

It’s a complex issue, so working with our partners – Oceana, Rare, and EKO Asset Management – we’re taking a multi-pronged approach to tackle both industrial and small-scale fishing simultaneously:

Our initiative is currently underway in the Philippines, Brazil and Chile – three countries that together represent 7 percent of the worldwide catch.

And one of the most exciting aspects of our work is that if this approach is proven to work in those countries… it can be utilized around the world.

Our program, which we call the Vibrant Oceans Initiative, is really a pilot program. We’re testing new ideas, and if successful, we’ll look for partners – especially governments – to help them spread.

That partnership – between philanthropy and government – is unique and powerful.

Philanthropy can supply the innovative solutions because, as Mike Bloomberg has often pointed out, it’s difficult for governments to take risks using taxpayer money.

Government can supply the man-power and reach because there is no substitute for government’s singular ability to make things happen on a large scale.

Together, though, anything is possible – which is essential, because so much is necessary.

That’s why, we hope you’ll follow our initiative – and keep us updated on how we can support your work.

We’re always looking for new partners, new ideas, and new ways to protect the oceans – so that for generations to come they remain a dependable source of food and income.

Thank you again, Secretary Kerry, for having us today.  It’s thrilling to think of the potential the people in this room have to change the tide – and to protect our oceans forever. 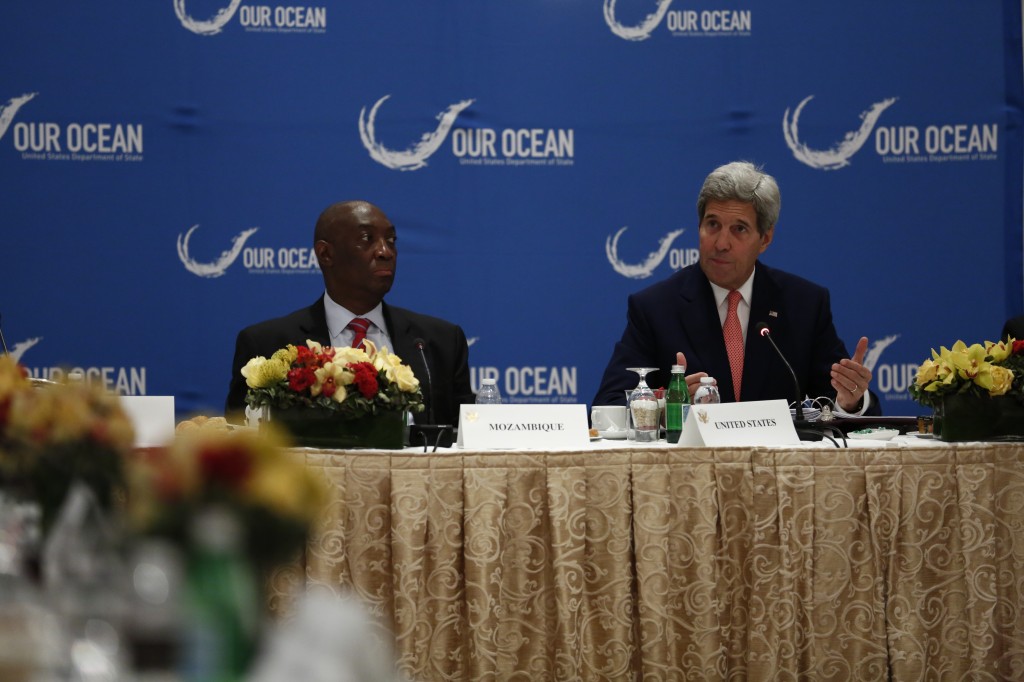