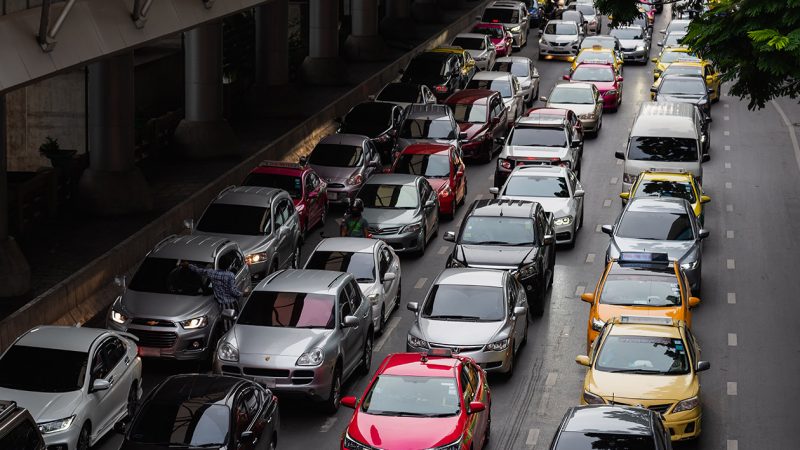 By Antha N. Williams of the Bloomberg Philanthropies Environment team

New York City has sparked debate across the country over its decision to use congestion pricing to accelerate and help fund the adoption of low-carbon transportation. Now, several other cities in the U.S., including DC, Honolulu, Los Angeles, San Francisco, Portland, and Seattle, are starting to explore the potential for this bold action to advance their own climate and livability efforts.

Most of these cities, including DC, Los Angeles, and Seattle, are winners of the Bloomberg Philanthropies American Cities Climate Challenge, a $70 million program designed to help 25 of the country’s largest cities accelerate and deepen their efforts to reduce climate pollution from the building and transportation sectors. Through the Climate Challenge, all winning cities are pursuing ambitious actions — from expanding miles of bus-only lanes to removing parking minimums in new construction — to reduce climate pollution from the transportation sector. As air quality worsens and traffic increases, more and more cities are looking at congestion pricing strategies, ranging from putting a price on transportation network companies (TNCs) to full out cordon pricing. And why wouldn’t they? We know putting a price on congestion works!

So the question is: how can more cities enact successful congestion pricing policies?

The key to widespread implementation of congestion pricing lies in the ability for cities to overcome one major hurdle: securing support and buy-in from the public. Congestion pricing plans are generally unpopular, right up until they are implemented. However, most gain public favor over time as residents realize that they make their city healthier and easier to get around. This was the case in Stockholm, where public opinion went from 70 percent opposed to 70 percent in favor over the course of seven months.

The first strategy: set clear goals for the program.

As Mike Bloomberg says, “If you can’t measure it, you can’t manage it.” Plans to implement congestion pricing in cities should come with clear-cut, measurable and achievable goals that residents can get on board with, and a robust plan to quantify and communicate benefits post implementation. These can include everything from improvements in local air quality to travel time savings – and what works for some cities might not work for others. Finding out how congestion pricing can most benefit residents will be key to enacting successful policies.

The second strategy is to ensure residents know where their dollars are going: ideally directly into investment in public transit.

The third, and perhaps most critical strategy to pass congestion pricing, is to design pricing systems to advance equity.

A recent report Pricing Roads, Advancing Equity presents a timely analysis and toolkit for cities seeking to design pricing schemes that also improve social equity. The report recommends making the design process equitable — ensuring that traditionally under-served communities are included in the design of any pricing scheme. In terms of outcomes, the recommendation is to focus on affordability, access to opportunity and community health.

Philanthropy can make the critical difference in implementing these strategies. Mayors rarely have access to flexible resources to engage stakeholders, including community-based organizations and advocacy groups. And more philanthropic support for communications, policy and equity strategies can be very well used today. Worldwide, cities are a major contributor to climate change, accounting for just about 70 percent of emissions. But they can also be hubs of innovation and progress, and congestion pricing presents an incredible opportunity for cities to continue taking the lead on combating climate change. And in this critical period of time where the United States government has abdicated responsibility for leading on climate, American cities can emerge as leaders in developing and implementing policies to reduce transportation emissions, improve public health, and enhance city life for all residents.