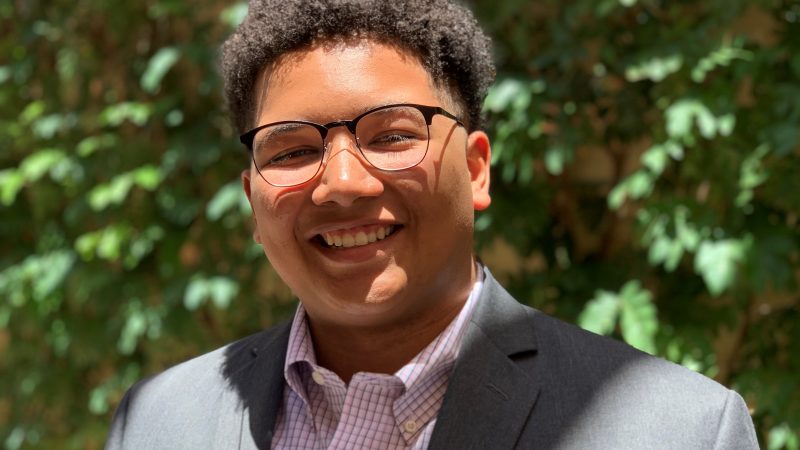 When Josiah Gouker was in high school, the college admissions process seemed like a murky obstacle course. Josiah was a stellar student, but as a first-generation college applicant, he didn’t have the resources and access to a vault of college knowledge that his more affluent classmates had.

As a junior, he signed up for the Bloomberg Philanthropies program CollegePoint, which provides virtual advising for high-achieving, low- and moderate-income students. He was paired with an advisor who helped him land at his ultimate destination: Princeton. Now, Josiah goes to the school of his dreams and spends his time outside the classroom mentoring other first-generation students.

On National First-Generation College Student Day, we recognize the achievements of first-generation students and celebrate their success in college. Students like Josiah are showing others by example that aiming high and succeeding is possible – and, that they can empower other students to achieve their goals.

Launched in 2014, CollegePoint focuses on helping students like Josiah attend the country’s leading schools, with the goal of increasing the number of high-achieving lower-income students who enroll in top tier institutions from one-third to one-half by 2020.

Five years since CollegePoint launched, the results are encouraging, and our research shows we are having a particularly significant impact in helping first-generation college students. A study released this year showed that first-generation students who signed up in their junior spring were 26 percent more likely to attend a top tier school than the control students in the study.

It’s promising data, but perhaps even more exciting are the personal stories of the first-generation CollegePoint students themselves:

• Marie-Anne Barrón: Marie-Anne grew up the daughter of immigrants in Katy, Texas. Through her CollegePoint advisor, she customized her essays and created a college list that included her dream school: Brown University. She graduated as valedictorian of her high school class and is passionate about being of service to her community. She is now a sophomore at Brown.

• Shannon Binns: Shannon grew up in a town so small, her address borrowed the zip code from the next town over. She recalls that the last time someone from her high school attended an Ivy League school it made news: it was sometime in the 1990s. Shannon found friendship and a well of support from her CollegePoint advisor, based in Minneapolis. Her advisor sent her weekly emails reminding her to remain confident throughout the admissions process. In late August, she started her freshman year as a student at Columbia University.

• Xavier Martinez: Xavier grew up as the son of an immigrant in the small town of Wenatchee, Washington, with one guidance counselor assigned to hundreds of students. After signing up with CollegePoint, he worked on his college list and his essay with his advisor, a freshman at the University of Southern California. In the process, they developed a strong friendship. They worked together to sort through a number of acceptances before choosing Stanford University. He started his freshman year in September.

We salute the hard work and achievements of these CollegePoint students, and first-generation students nationwide. We can’t wait to see what you achieve next.