The Mayors Challenge: Unleashing the Power of Public Prototyping 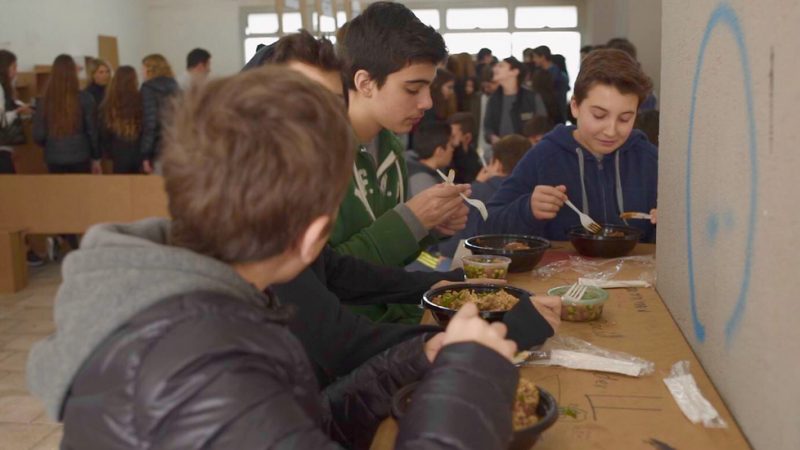 Yet it’s a concept that is virtually unknown within the public sector, where the stakes for innovation are highest. Just ask any police chief. Actual lives depend on cities’ ability to constantly innovate new and better approaches.

Prototyping can, and should, be the backbone of local governments’ efforts to improve services and develop new policies and programs—everywhere, all the time. The act of prototyping refers to making an early sketch or model of an idea. It’s a way of getting reactions to core concepts or testing key assumptions with end users, allowing officials to learn, refine, and adapt before putting time and money into building a fully functional product. It’s a low-stakes way to kick the tires and get insights from real people before an idea is launched more broadly.

When the city of Tel Aviv, Israel, wanted to reduce student spending on school lunches, they came up with a bunch of ideas and, under the stewardship of the Bloomberg Philanthropies-funded i-team, started testing. An idea to have kids use an app to order in advance was abandoned when they learned that students wanted more spontaneity. Another system produced long queues and didn’t meet demand. The winning model had separate lines for different dishes and created more flexibility in options to order food. Even cafeteria furniture was prototyped, with cardboard tables and chairs set up in different arrangements for the students to try out. By the time they were ready to launch the new program, they had a high degree of certainty that they understood what would work, reducing risk and saving money.

Despite a growing number of successful government-use cases, prototyping remains pretty unusual in the public sector. That’s partly because the tools and techniques haven’t jumped the private-public sector divide. It’s partly because of the “experts culture” that prioritizes what well-trained professionals believe is the best ways to address problems. And it’s partly because public-sector leaders are uncomfortable sharing rough ideas that still need work. Governments typically see more down- than upside in admitting that they don’t always have all the answers.

We’re aiming to change this with today’s announcement of the 35 cities that are advancing as part of the 2018 Mayors Challenge—a competition that encourages city leaders to find innovative solutions to cities’ most pressing concerns. As a next step for these cities, we’re kicking off a full-blown, six-month crash course in prototyping. Each of the 35 cities will receive up to $100,000 and expert coaching on identifying testable assumptions and guidance on how to engage stakeholders to assess an idea’s viability in real-life situations.

Our work with hundreds of creative cities over the years leads us to believe prototyping can dramatically improve public-sector innovation. It also shows that it’s a useful tool well beyond government information technology and innovation shops, where it has already started to take hold. Prototyping can show a social-services professional better ways to help homeless people off the streets or a school principal more effective means to reduce absenteeism. It’s a tool that anyone who designs policies and services in the public sector should be using—because it not only assures new programs respond to real citizen need, it reduces risk through experimentation. Test small, and you won’t fail big.

This is our fourth Mayors Challenge—but the first where we’ve made prototyping such a critical component. (We’re testing, learning, and adapting ourselves.) We’ll be strengthening what are already some of the most creative public-sector ideas I’ve ever seen. In Durham, N.C., for example, city leaders hope that behavioral insights can reduce residents’ reliance on single occupancy cars. In Los Angeles, officials are looking to tackle homelessness by creating an entirely new type of homeless housing—in people’s backyards. And in Georgetown, Texas, leaders want to transform the city’s rooftops into a solar mesh network that makes the city 100 percent energy self-sufficient. (Read more about all the Champion Cities ideas here.)

These are incredible ideas—and they’ll become even better through prototyping. While only one of them will walk away the $5-million grand prize (four others will win $1 million each), all 35 will be winners, developing new tools on how to more effectively launch programs and services that improve lives.

And we’ll be documenting as they go, building the case that public-sector leaders everywhere should get into the business of prototyping.