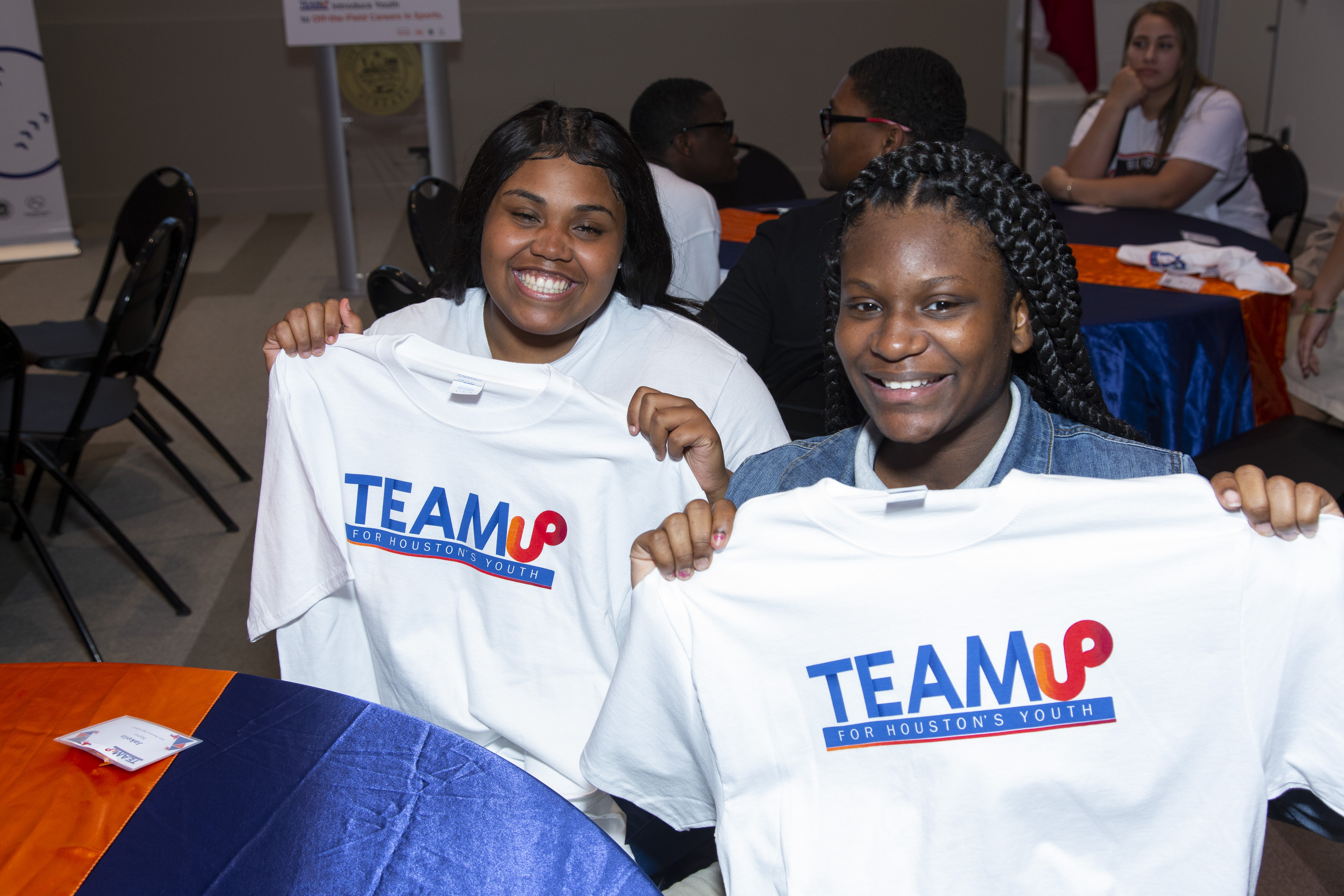 In 2016, while working with the City of Houston, we found ourselves sitting down with the Principal of a public high school located in Houston’s Fifth Ward neighborhood. We requested the meeting because of a confluence of events: the Houston Health Department accepted the My Brother’s Keeper (MBK) challenge (a program designed to support boys and young men of color launched by President Obama in 2014 built on the Young Men’s Initiative launched during the Bloomberg mayoral administration); Bloomberg Associates was assisting the Houston Health Department to implement a plan to achieve the MBK milestones; and, the upcoming Super Bowl was being hosted in Houston. This led us to a hypothesis: Youth interest in sports could be leveraged to improve the academic outcomes of kids living in under-resourced neighborhoods.

As we sat with the Principal, we presented the beginnings of the Team Up initiative. The purpose of the initiative would be to introduce young people to opportunities to pursue a career in sports beyond being an athlete. We shared our vision of developing a program that would partner with major and minor league sports organizations and teams to bring their executives into school classrooms to introduce students to sports jobs that exist off the field. Instead of a one-time visit, these executives would participate in an intentional schedule of monthly interactions, known as Discovery Days, with students. Participating students would gain access to hands-on mentorship from sports executives, access to summer internships, and free entry to sporting events.

After remaining fairly quiet throughout our pitch, the Principal asked us to look around her school’s library. There were countless students wearing shirts that displayed the logos of Houston’s hometown teams or other popular teams from across the U.S. sports landscape. She then asked us to look around the library, pointing out the many trophies that were on top of every bookshelf, representing achievements across a variety of sports.

The Principal shared that the only way for her to get the attention of many of her students – and sometimes even their parents – was to use sports. She firmly believed in our idea that sports could not only be leveraged to positively impact student attendance within our program and within school, but could also improve student behavior in school and interest in pursuing college and a career afterwards.

Team Up has now operated in Houston since 2016, expanding from 25 students to 250 students. We’ve tracked our impact, including a 70% increase in students’ aspirations to go to college after participating in Team Up over the 2018-2019 school year, and we’ve learned a lot about how to operate and implement the Team Up initiative. Based on these learnings, we recently developed the Team Up Guidebook. This manual was designed to help cities and sports organizations learn about Team Up and then be able to introduce the initiative in their own city.

Several key learnings that informed the manual include:

Our initiative first targeted young men of color who were also athletes, but we soon realized that the interest went well beyond student athletes. Thus, we have expanded recruitment among Team Up students to any student interested in learning about career paths in the sports industry, and general opportunities available by pursuing certain college degrees, such as marketing and entrepreneurship.

With the tools and tips included in the Team Up Guidebook, we hope cities, schools, and sports organizations beyond Houston can evolve their partnerships to drive meaningful, long-term outcomes for youth living in under-resourced neighborhoods. The initiative began with My Brother’s Keeper Houston and so we especially encourage MBK communities to bring Team Up to youth of color living in under-resourced neighborhoods. By harnessing youth interest in sports, as outlined in the Guidebook, school leaders and sports organizations can work together to improve class attendance, drive in-classroom participation, and increase interest in pursuing college and a career.