The Journey to Defeat the Global Tobacco Epidemic 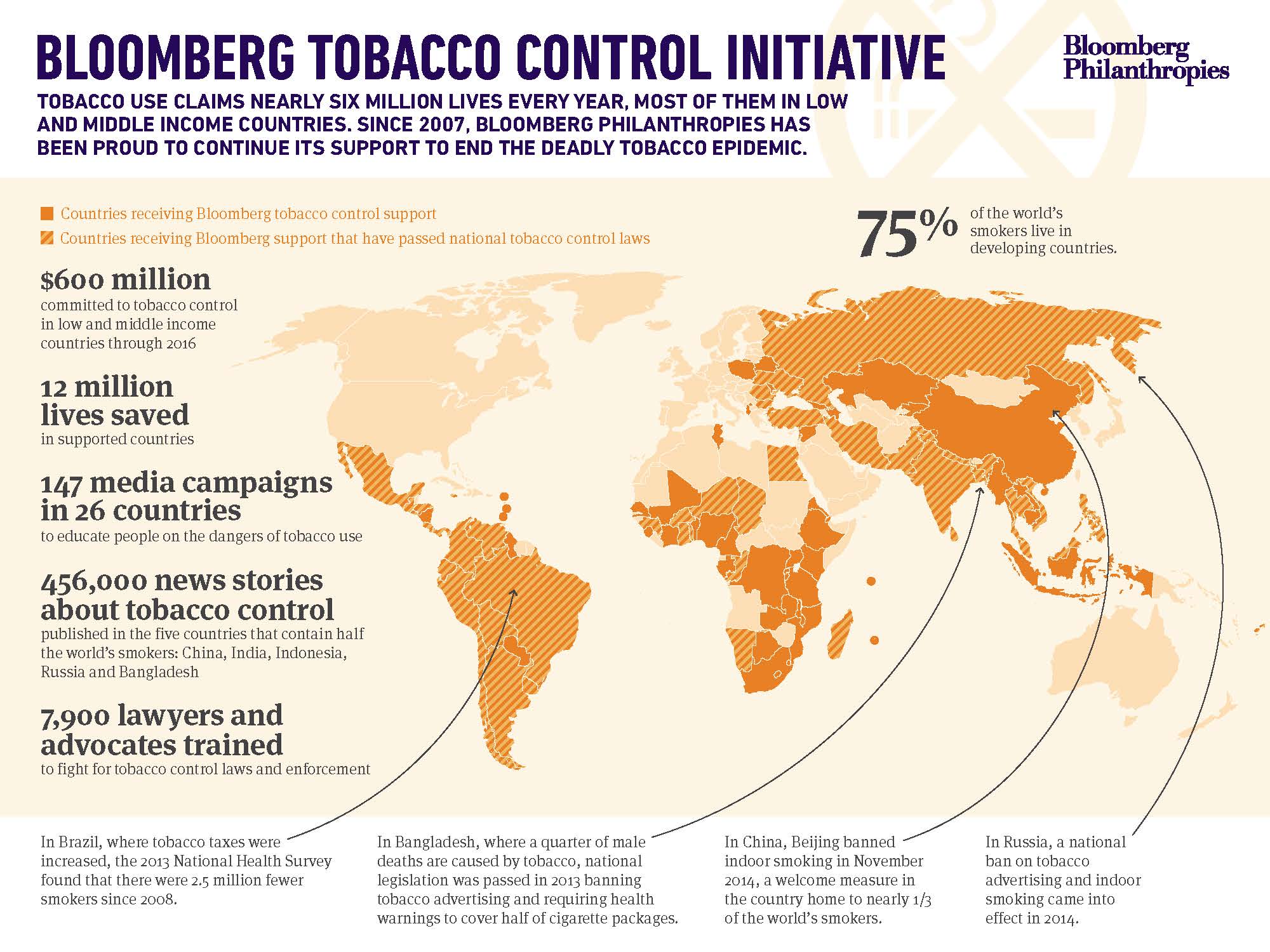 The global tobacco epidemic kills more than six million people each year, mostly in developing countries. If left unchecked, tobacco use will kill more than one billion people this century alone. Through our Bloomberg Initiative to Reduce Tobacco Use, we aim to reduce the global demand for tobacco through a comprehensive, proven approach that combines policy change with increased public awareness. We’ve partnered with the World Health Organization to create MPOWER, a six-pronged approach to reduce tobacco use and demand. Key strategies of our work and the MPOWER approach that have been successful with our many partners around the world include creating smoke-free public spaces, advertising and sponsorship bans, increasing taxes on tobacco products and requiring graphic pack warnings—just to name a few.

This week, we’ll be joining the 16th World Conference on Tobacco or Health in Abu Dhabi, a summit which will bring together world leaders and influencers, to both discuss and celebrate the accomplishments of those individuals and organizations making strides in the fight against the tobacco industry. In addition to attending the event, Mike Bloomberg, on behalf of Bloomberg Philanthropies, will be joined by Margaret Chan, the director-general of the World Health Organization, to announce the winners of our 2015 Bloomberg Philanthropies Awards for Global Tobacco Control. These winners were chosen based on the MPOWER package:

Through the Bloomberg Initiative to Reduce Tobacco use, we’re committed to the fight against tobacco and have already seen such promising progress in developing nations, where 75% of the world’s smokers live and where tobacco use is such an ingrained aspect of the culture. Since 2007, we’ve worked in more than 90 countries, 40 of which have passed critical legislation to control tobacco use, reaching more than 1.5 billion people and saving an estimated 12 million lives.

Great strides have been made, but there is still much work to be done and most importantly, more lives to be saved. Through strong partnerships with both local and national governments, and a desire to build upon the progress we’ve already made, we’re committed to making global tobacco use a thing of the past