How the arts can improve mental health, especially during the pandemic 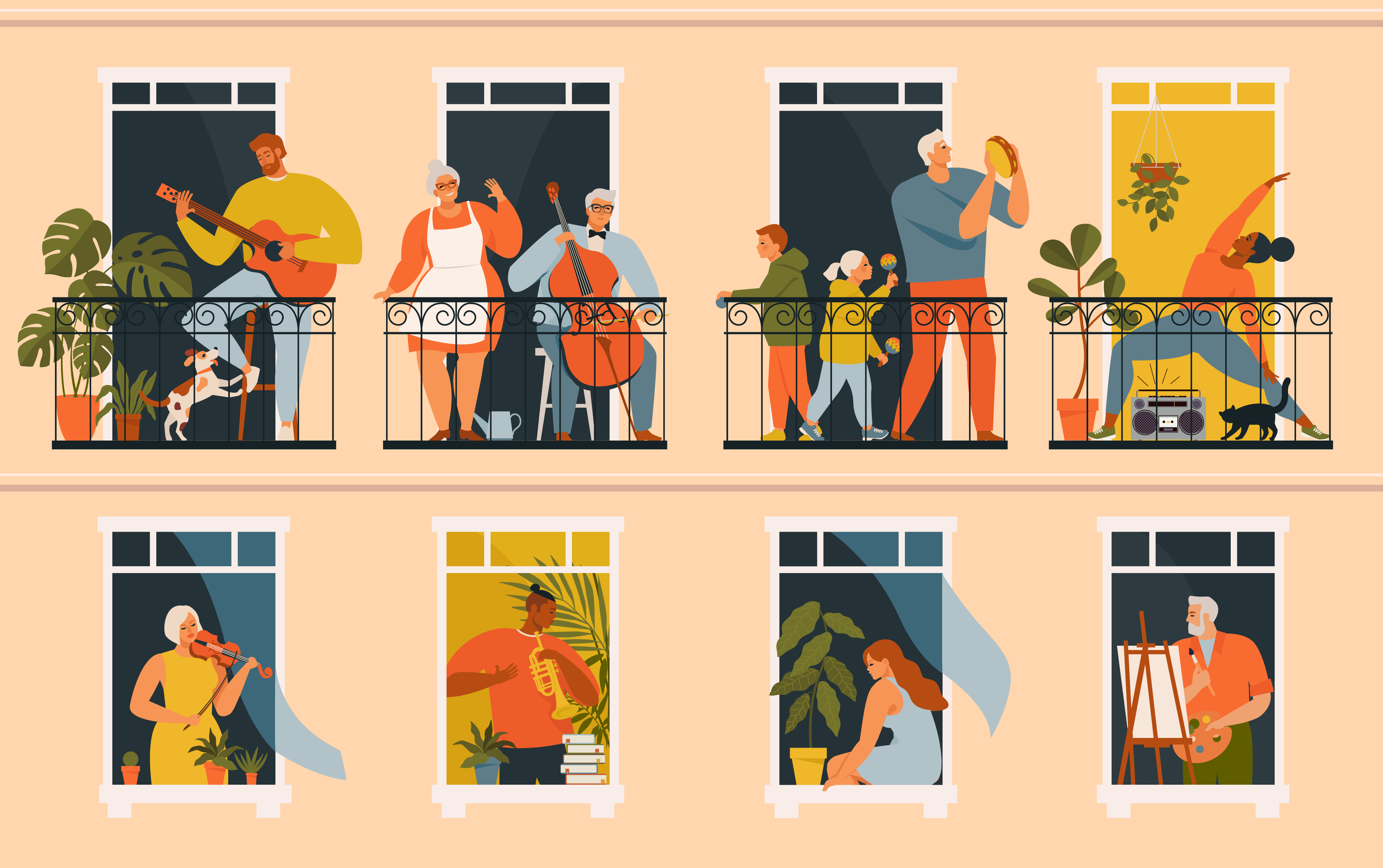 In more normal times, it may be intuitive that participating in the arts can make you happier… but what about during a global pandemic? A new study from the UK strongly suggests that creative pursuits – from practicing an instrument to gardening – might.

The COVID-19 Social Study, led by Dr. Daisy Fancourt of the University College of London, has tracked arts participation and mental health in a cohort of 72,000 UK adults aged 18 and older on a weekly basis since March. The data suggests that people who have spent 30 minutes or more each day during the pandemic on arts activities like reading for pleasure, listening to music, or engaging in a creative hobby have lower reported rates of depression and anxiety and greater life satisfaction.

Given limited options for socializing during quarantine, it makes sense that people are turning to the arts. While the majority of survey respondents have been engaging in arts activities during quarantine about the same amount as usual, another 21% have increased their participation in the arts. Additionally, more than half of respondents indicated that they miss visiting cultural venues and, perhaps surprisingly, that percentage grows among the younger age groups.

Roughly 70% of the young adults aged 18-29 reported missing cultural institutions, even though normally older adults aged 60+ are more frequent visitors. The study also found that during the pandemic young adults have had higher reported rates of depression and anxiety than older adults, as well as lower levels of happiness and life satisfaction. But young adults are not the only group shown to be particularly vulnerable to mental health challenges during this time of isolation.

People from Black, Asian, and minority ethnic (BAME) backgrounds in the UK exhibited notably worse mental health indicators. While 17% of people from White backgrounds have reported being often lonely during quarantine, this figure is 6% higher among those from BAME backgrounds. In addition, people from low-income households, people living with mental illness, and people living alone have also been shown to be at higher risk of poor mental health during this time. In better news, anxiety about the virus itself has decreased over time for all people, as we adapt to this “new normal” and devise new coping mechanisms to manage emotional, family, and work-related challenges.

You can participate in the study and view new statistical analyses which are posted each week at https://www.covidsocialstudy.org (For those in the U.S. click here).

Studying long-term health benefits of the arts beyond COVID-19

This study is not the first work Dr. Fancourt has done on the intersection of arts on public health. Bloomberg Philanthropies supports the recently launched EpiArts Lab, a first-of-its-kind epidemiological study of the effects of the arts on public health in the United States, led by Dr. Fancourt and Jill Sonke, doctoral candidate and the director of the Center for Medicine at the University of Florida. The EpiArts Lab will analyze several datasets that follow thousands of demographically representative U.S. residents over several decades and will seek to answer whether arts engagement has long-term benefits for public health.

The EpiArts Lab is modeled on Dr. Fancourt’s previous research using similar longitudinal data about UK residents, which has found that arts engagement is associated with better mental health, lower risk of depression, enhanced health behaviors, reduced loneliness, and reduced engagement in adverse health behaviors. As a result of Dr. Fancourt’s work, several UK government departments have implemented major policy and practice changes, such as the UK Department of Health and Social Care investing in Arts on Prescription, which provides funding and a structure through which care providers refer patients to local arts and social engagement activities. These efforts have been shown to have positive impacts on the emotional wellbeing of participants.

The EpiArts Lab kicked off this summer and will be undergoing research through 2021. Stay tuned for more results!