How Kansas City is Leading Energy Efficiency Action in the Heartland 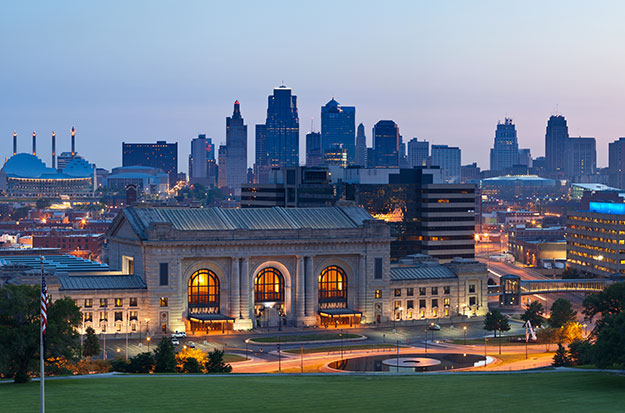 Buildings may currently be responsible for more than 50 percent of carbon emissions in Kansas City, Missouri. Improving the energy performance of the city’s largest buildings could reduce these emissions by almost 590,000 tons of carbon a year – the equivalent of taking 124,211 cars off the road or diverting 211,470 tons of waste from landfills. Taking steps toward achieving carbon reductions that lead to cleaner air and have the potential to reduce energy costs and create jobs requires city leaders to take active and bold steps to drive change.

Bloomberg Philanthropies recently spoke with Dennis Murphey, Chief Environmental Officer for Kansas City, Missouri, about how Kansas City is doing just that, and how the city’s participation in the City Energy Project, a national initiative co-funded by Bloomberg Philanthropies, the Doris Duke Charitable Foundation, and the Kresge Foundation, plays a role in the city’s efforts.

When it comes to energy efficiency, sustainability, and climate protection, Kansas City continues to carve out a leadership role in the heartland Midwest. What’s driving the City’s investment in this realm?

Dennis Murphey: The City has been focusing on sustainability for a number of years now as a way to improve quality of life, both for current residents and to make Kansas City a more attractive place for people who want to move here. We want to reduce utility costs and greenhouse gas emissions in order to achieve the goals in our climate protection plan, and we also see our efforts as a way to create new job opportunities in our community.

How does the recent passage of the Kansas City Energy Empowerment Ordinance, which will require building owners to track and report to the city their buildings’ annual energy use on a consistent basis, play into this larger effort?

It’s important to address that disparity and engage the community, and that’s one of the reasons we’re part of the City Energy Project. The City has control over how it incorporates energy efficiency into municipal government operations, but in order to move the community-wide needle significantly, we need to focus on the high energy users and that’s our building stock. Participation in the City Energy Project and focusing on energy efficiency improvements to our building stock is how we hope to make significant progress toward our ultimate greenhouse gas reduction goals.

Based on the information we have from the U.S. Environmental Protection Agency, about 25 percent of the buildings that will ultimately be affected by the City’s Energy Empowerment Ordinance are currently using Energy Star Portfolio Manager to measure and track their energy performance. That’s a good start, but we need a much higher percentage of buildings to benchmark their energy use if we want to achieve behavior change at the scale we’d like to see in Kansas City.

How does improving building performance and energy efficiency factor into the city’s day-to-day operations?

DM: We are trying to establish metrics for everything that we do for municipal operations so that we can benchmark our performance, monitor trends, and see if we’re making progress. Kansas City is increasingly moving toward being a data-driven decision making organization. We have a program called KCStat that gathers performance metrics, and our City Manager’s Office of Performance Management Program provides regular reports to the City Manager, Mayor, and City Council that examine metrics across city departments – including transportation, public works, energy, and water – to track how we’re performing when it comes to things such as street maintenance, water main leak repairs, parks and recreation issues, and much more. The City Manager, Mayor, and City Council members then use this information to compare our progress to the City’s five-year business plan.

One of the key elements of the City Energy Project is building an active network of thought leaders to enable large-scale progress. How has collaboration played into Kansas City’s quest to be a leader in energy efficiency?

DM: The City has a long history of collaboration. When we started developing the city’s Climate Protection Plan, we engaged a broad range of stakeholders who would need to be involved in implementation once the plan was adopted. This engagement ultimately led not only to Kansas City becoming the first major city in the Heartland Midwest to adopt a climate protection plan, but to do so by unanimous support from our Mayor and City Council.

With City Energy Project, we’re building upon those relationships to promote energy efficiency improvements in large buildings, which is both important to our climate mitigation efforts and to our efforts to make our community more resilient to the impacts of climate change. Another key area of energy-focused collaboration is our work with the Mid-America Regional Council, where we joined a regional council of governments to improve energy codes in cities across the metropolitan area. Working together to establish more consistency among our codes while also upgrading energy standards for new construction and renovations allowed us avoid the challenge of having a building owner play one city against another within the metropolitan area. Instead, we’re trying to use a rising tide to lift everyone’s boat at the same time.