How Data Transparency Can Help Protect Our Oceans 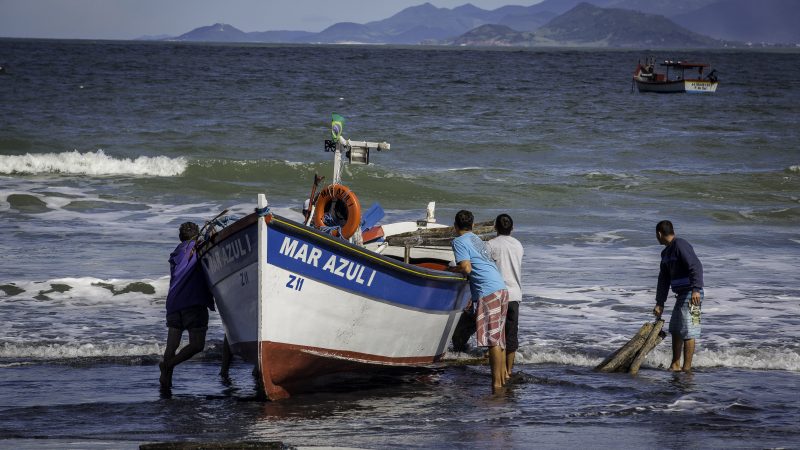 Six years ago, I attended a meeting in New York City, hosted by then-United States Secretary of State John Kerry. Its goal was to organize a global summit dedicated to saving our ocean from the devastating effects of over-fishing, pollution, and climate change.  That meeting led to the first Our Ocean conference, which took place a few months later in Washington, D.C.

This week, I traveled to Oslo to attend the 6th annual convening of Our Ocean, and after spending time with so many like-minded partners and leaders from across sectors and around the world, I’m more optimistic than ever about what’s possible for the global movement to protect the ocean.

At Bloomberg Philanthropies, we use our founder, Mike Bloomberg’s, experience as a business leader and 12-year mayor of New York City to inform our mission – which is to ensure better and longer lives for the greatest number of people. And one of the most valuable lessons that he learned was that strong partnerships and collaboration among the public, private, and philanthropic sectors are essential to getting things done. That idea is the driving force behind so much of our work at our foundation today.

And it’s especially true of how we’re tackling climate change. For instance, we’re building coalitions of businesses and governments to close coal plants globally, while partnering with cities and local leaders around the world – particularly mayors – to reduce emissions and create a more sustainable future.

That same type of all-hands-on-deck approach is what’s required right now if we’re going to respond to a crisis as urgent as protecting the ocean. The ocean is our most important natural resource, and it is under attack – from overfishing, which is threatening the food source of one billion people, and from climate change, which is decimating coral reefs and destroying marine biodiversity.

Yet despite covering 71% of the world, the ocean receives less than 1% of all philanthropic funding. That makes absolutely no sense!  But thanks to the worldwide effort on display at Our Ocean, we’re beginning to change that. And at Bloomberg Philanthropies, we’re happy to be doing our part.

Through our Vibrant Oceans Initiative, we’ve committed more than $150 million on a multi-pronged strategy to protect reefs and fisheries.  Working hand in hand with an incredible network of governments, nonprofits, scientists, and businesses, we’re advocating for policy changes in 10 countries, investing in data-sharing platforms like Global Fishing Watch, supporting local leaders and small-scale fisheries, and building global partnerships to share best practices and increase transparency.

But making a commitment and coming up with a plan is just the start. You need to able to measure and track progress in order to achieve real success.  That’s why we rely on data across all of our work – it’s in the Bloomberg DNA.  Mike has a saying: “if you can’t measure it, you can’t manage it” and we live by that motto in everything we do.

That’s how we know that in recent years, we have helped protect 4.25 million square miles of ocean – an area larger than the size of Canada and Mexico combined. And we’ve also seen a 390% increase in fish across the 100 locations where we’re working with local mayors to protect reefs and fisheries.

This progress is only possible thanks to the work of our NGO partners – like Oceana, Rare, and the Wildlife Conservation Society.  Global Fishing Watch has likewise been essential in our efforts to increase transparency around fishing data.

But as we have seen from our work on climate change, the private sector also has a critically important role to play in driving progress – particularly when it comes to data transparency.

In addition to his role as the UN Secretary-General’s Special Envoy for Climate Action, Mike is the co-founder and chair of an organization called the Task Force on Climate Related Financial Disclosures – or TCFD.  Its mission is simple: to get more companies to disclose the climate risks they face, so that investors can consider those risks when making decisions about where to allocate capital. In other words: it’s using the power of the market to drive investment to companies that have adopted sustainable practices.

At Bloomberg Philanthropies, we believe this approach can succeed in our oceans work, too.  That’s why we’re so pleased to announce a new initiative. Working with our partners at Bloomberg L.P., we’ve created an interactive map, which combines the power of the Bloomberg Terminal’s voluminous data with Global Fishing Watch’s unmatched ability to track fishing vessels everywhere in the world.

Global Fishing Watch data is now available on the Bloomberg Terminal for businesses and governments to track and monitor fishing vessels.

This new tool, now available on the terminal, will increase transparency for businesses and governments, by allowing them to track fishing vessels – and it will be featured alongside the latest information on climate change, coral reefs, natural resources, and natural disasters.  It will also help companies differentiate the good actors from the bad – and drive capital away from bad actors and toward the good ones.

We’ve set a goal to have national data from 20 countries – and so far, 7 have already committed. To give you an idea of how significant this is: just 4 of these countries – Indonesia, Peru, Chile, and most recently, Mexico, make up more than 16% of all global fishing.

We’re really excited about it, because it represents a global movement to bring more transparency to fishing practices, and it’s also a great example of what’s possible when different sectors and organizations come together and pool their unique resources – and their data – to increase transparency.

Since that meeting with Secretary John Kerry 6 years ago ocean advocates around the world have made a great deal of progress.  Now, it’s time for us all to take another step forward.  If we do, the potential reward cannot be understated: for marine life, and for businesses, governments, communities, and people around the world.

Adapted from remarks given at Our Ocean 2019 in Oslo, Norway.