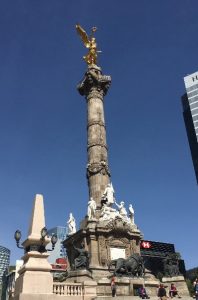 Mexico is very special to me because it’s one of our largest allies in fighting noncommunicable diseases (NCDs). It has implemented policies to protect people from the harmful effects of tobacco, emphasized the importance of healthy food choices, and strengthened road safety efforts in cities throughout the country. However, much work remains to be done—especially in tobacco control.

In 2008, Mexico City became the largest city in the world to adopt a 100% smoke-free law, setting a tremendous global precedent for tobacco control policies. In 2011, with support from our partners, the federal government increased tobacco taxes to further protect the city’s most vulnerable communities.

However, progress since then has slowed down, in part, because of political barriers.  Over 51,000 people die each year in Mexico from tobacco related illnesses. Approximately 15 million adults still smoke tobacco, including 27% of men. Nearly 700,000 adolescents (age 12-17) smoke as well, comprising 5% of the smoking population.

But the political landscape towards tobacco control may be changing in Mexico with new leadership in place—opening the door to an array of new opportunities and hope. My optimism for this new era was reaffirmed as I strategized with partners (over delicious tacos) and found that they too are excited and reenergized to continue the fight to protect Mexico from tobacco harms. 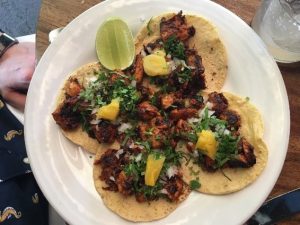 Over three days, we bustled from one meeting to the next in Mexico City traffic—which can rival the congestion in Times Square—talking to various government officials. On the final day of my trip, we ventured outside Mexico City to scenic Cuernavaca for more meetings where I enjoyed pozole verde for the first time.

My goal for these meetings was to introduce Bloomberg Philanthropies to these new key players, provide an overview of our long history in Mexico, and offer our ongoing partnership and support in the fight to reduce tobacco use and exposure.

Despite the language barrier (I had a fantastic interpreter!), it became clear to me that there are two great opportunities to curve tobacco use in Mexico: strengthening the General Law on Tobacco Control and increasing tobacco taxes.

The General Law still permits designated smoking areas in indoor public places. And although 13 out of 32 states in Mexico have implemented a smoke-free law that surpasses the national law, compliance is low because there’s confusion among business owners and the general public regarding whether national or local laws apply.

The General Law also allows tobacco advertisement on the internet and in adult publications. That means everyone—including impressionable teenagers and children—is exposed to the tobacco industry’s slick ads. Our colleagues at Johns Hopkins Bloomberg School of Public Health just released a report which found that out of 723 establishments in Mexico City that sell tobacco products in nine selected municipalities, 26% had tobacco advertisements within eyesight of schools (and children!). 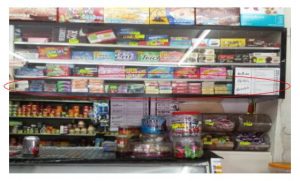 To protect all Mexicans from tobacco-related disease, the General Law on Tobacco Control should be strengthened to require all indoor public places to be 100% smoke-free and include a complete ban on all tobacco advertising, promotion and sponsorship.

Raising tobacco taxes is the most effective policy for reducing tobacco use and deterring people—especially young people—from ever using, yet Mexico has not increased its tax since 2011. As a result, cigarettes have become more affordable, smoking prevalence has remained constant, and thousands are killed every year.

The tobacco industry has spent massively to lobby against tobacco tax increases because it knows that increasing the price of cigarettes could help thousands of people in Mexico quit smoking or never start in the first place. It’s estimated that a 10% increase in cigarette prices in Mexico would reduce use by 5% nationwide. In fact, 70% of the Mexican population supports increasing tobacco taxes. 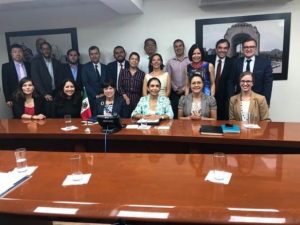 Every time I visit Mexico, I leave completely reenergized by all the work underway and the commitment from our international and local partners. Despite the many obstacles they face, their resilience and persistence to keep moving forward to protect people’s health is inspiring. I am optimistic that Mexico will reach new heights during this new era and I look forward to seeing the progress during my next trip.