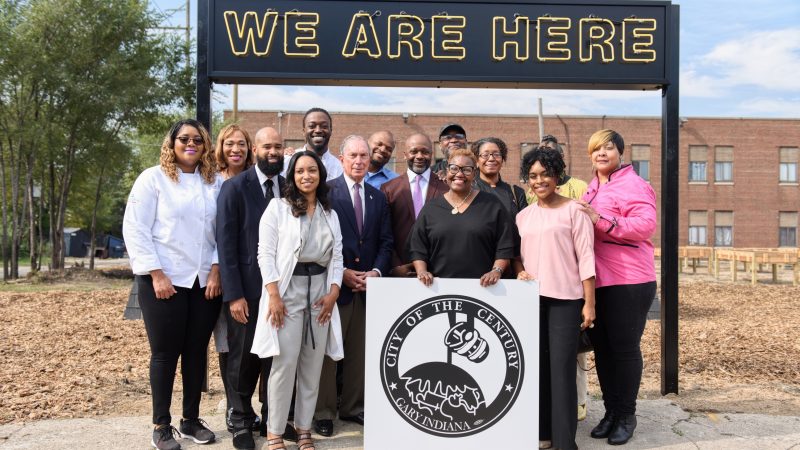 ArtHouse opened in 2016, after Bloomberg Philanthropies selected Gary as one of four winners of our national Public Art Challenge. The center has quickly become a hub of community activity through exhibitions, concerts, and the culinary arts. So far, it has provided more than 3,000 free meals for Gary’s young people, hosted more than 100 events and programs, and trained more than 50 entrepreneurs through its business incubator.

ArtHouse, then, isn’t just a center where the community comes together. It’s also a boon for the local economy. The conversation yesterday helped tell the story of the city’s smart investments in artists and culture. 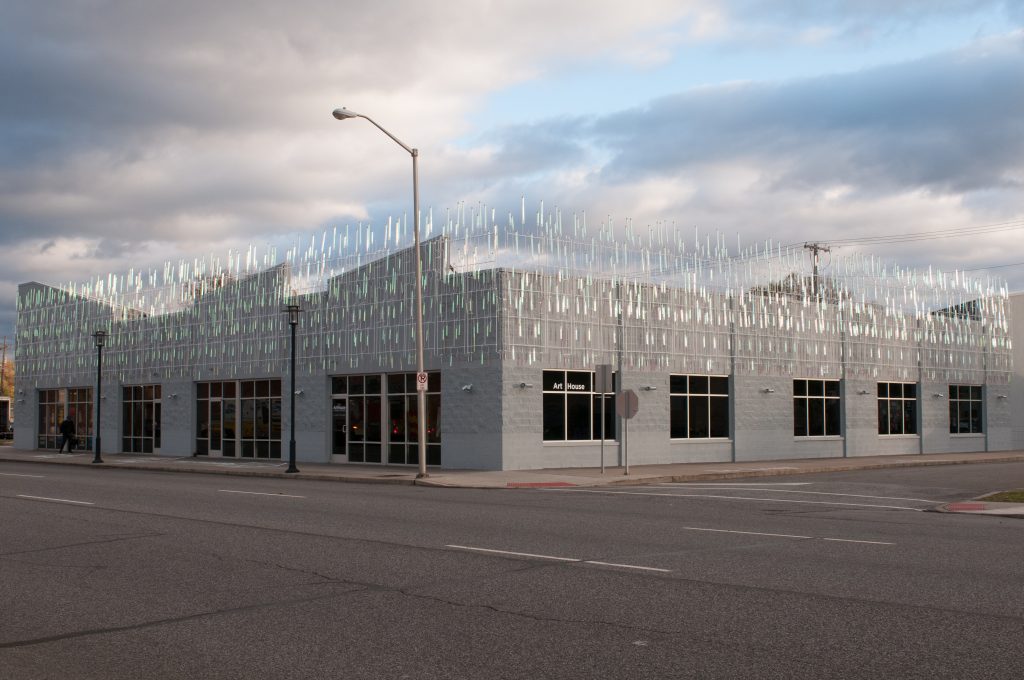 ArtHouse: A Social Kitchen Opening Day on its opening day in November 2016

It’s a fact that goes overlooked sometimes, but across America, the arts make a uniquely positive impact on the economy. Overall, arts and culture contribute roughly $760 billion to U.S. gross domestic product. (That’s larger than the economies of Saudi Arabia and Switzerland.) In Gary, ArtHouse already has generated $2.2 million locally, including investments in additional arts initiatives. That’s the reason forward-looking city governments make the arts a centerpiece of their economic development agenda.

We know the arts create strong neighborhood identities and social bonds. They also create jobs – and not all of them require standing in the spotlight. The arts have powered the “gig economy,” since long before people started calling it that.

By attracting local residents, out-of-town visitors, and more special events downtown, Gary’s cultural scene makes it possible for everyone from musicians and painters, to chefs and caterers, to carpenters and cab drivers, to make a living. ArtHouse draws crowds and creates revenue. It also reinvests in Gary’s culinary talent – to kick-start new careers and give the local economy an even greater boost.

It’s a virtuous cycle. ArtHouse is filling a critical need – empowering food entrepreneurs, by helping them achieve commercial certification. These entrepreneurs gain the credentials they need, as well as a wealth of tips on cooking techniques and how to run a business. Entrepreneurs gain something else of value, too. They gain a seat at the table, as Gary’s leaders set the course of the city’s future.

ArtHouse is a perfect example of what collaboration among City Hall, community voices, and the private sector can achieve. Mayor Karen Freeman-Wilson and her team championed ArtHouse from the beginning, and they successfully brought together the extraordinary artist Theaster Gates and a number of partners to realize their vision for the community. And, as Mike knows from his own experience starting a company and later running a city government, entrepreneurs can serve as an especially constructive force as ArtHouse and downtown Gary continue to grow and evolve.

When you’re starting a business, you’re fixing a million different problems as they arise every day. That’s an incredibly humbling – and valuable – experience. So, as entrepreneurs grow and learn, there is a lot they can bring to community conversations about growth and development. In New York, Mike’s administration often held meetings with small business owners, and their insights helped shape City policies.

ArtHouse’s entrepreneurs are exactly the kind of skilled, creative problem-solvers that every city needs to thrive. As they take their ventures to the next level, they can also lend their talents and voices to bettering the community.

Together, these entrepreneurs also prove that Gary’s commitment to the arts is sound and strategic. Investing in the arts means not only creating new meeting places and memorable events, but also empowering the creative professionals who can continue to help drive Gary’s economy.