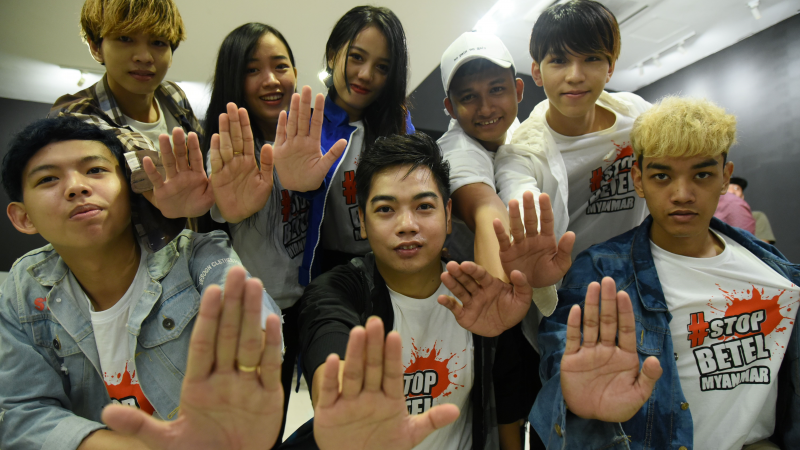 At the launch of the #stopbetelmyanmar campaign, Myanmar's first-ever mass media anti-tobacco campaign

Michael R. Bloomberg has long been focused on improving public health — during his time as New York City Mayor, in his work through his foundation, Bloomberg Philanthropies, and now in his role as the World Health Organization Global Ambassador for Noncommunicable Diseases. Bloomberg Philanthropies has committed nearly $1 billion since 2007 to combat tobacco use worldwide. The Bloomberg Initiative to Reduce Tobacco Use partners with low- and middle-income countries to reduce tobacco use through a comprehensive, proven approach that combines evidence-based policy change with increased public awareness.

According to the World Health Organization (WHO) Report on the Global Tobacco Epidemic 2019 released today, the prevalence of tobacco smoking among adults is going down in all parts of the world. This matters a lot considering that there are more than 1.1 billion adult smokers and more than eight million people still dying from tobacco every year, mostly in low- and middle-income countries. 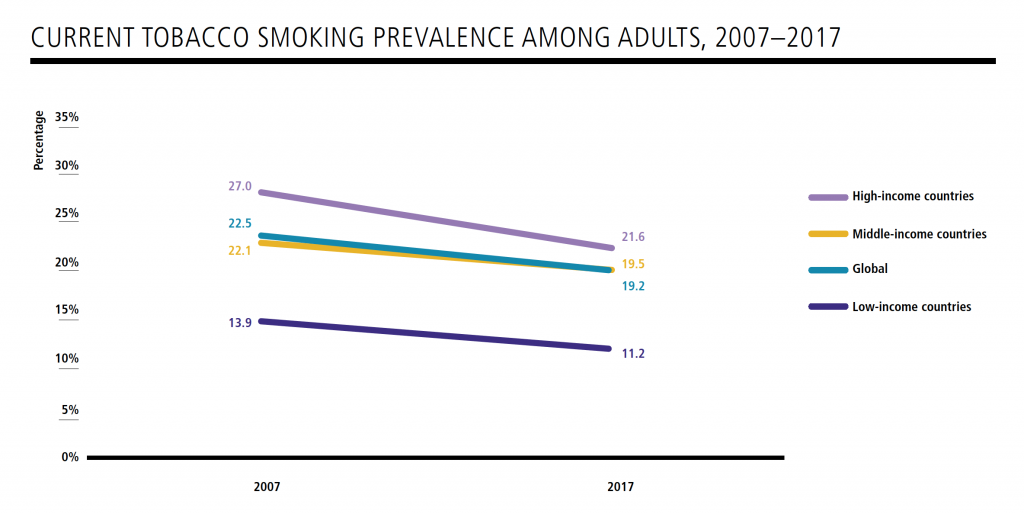 Not coincidentally, during this time, we’ve seen a massive change in the landscape on global tobacco control – one that’s based on evidence, science, and data, not industry interference. One that uses proven measures such as smoking bans, graphic warnings on packaging, and tobacco taxation. Called MPOWER, the following six strategies have been shown to save lives:

Today more than five billion people (four times more than a decade ago) live in 136 countries that have introduced at least one of these MPOWER laws or policies to reduce tobacco demand.

One of those countries is Turkey, which in 2012 became the first country to put all six MPOWER measures in place at highest level of achievement. Another is Brazil, which today was announced as only the second country to fully implement all the MPOWER measures at the highest level of achievement. In China, 11 cities covering 115 million people (7.5 percent of China’s population) are covered by 100 percent smoke-free laws, providing critical protection from the dangers of second-hand smoke. And Uruguay has been a leader in the Americas, last year becoming the first country in the region to enact plain packaging requirements for tobacco products.

Significant progress is continuing. Since 2017, the last time WHO released a report on MPOWER, 36 countries have introduced one or more MPOWER measures, which means some of the world’s most vulnerable people, who are often the most likely to be targeted by the tobacco industry, have increased protection against tobacco-related illnesses and deaths.

Of course, when it comes to fighting the tobacco industry, which continues to undermine tobacco control policies at every turn, we have our work cut out for us. But our progress is more than inspiring, and it compels us to keep going until every single person lives in a place with MPOWER support, a place where they have the chance to live longer, healthier lives.