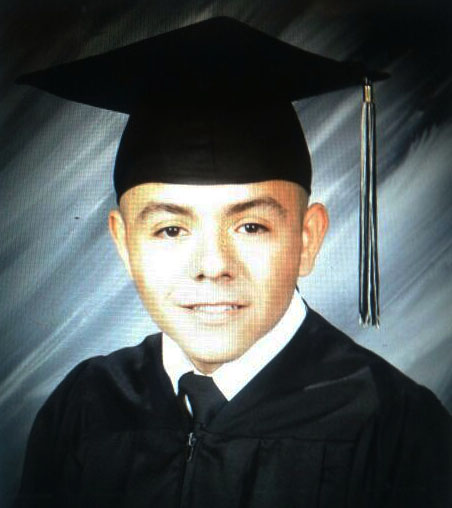 Fernando Garcia is a high school senior from Los Angeles, California and a participant in Bloomberg Philanthropies’ college access and success initiative, CollegePoint. Through the initiative, Fernando was paired with a one-on-one virtual advisor Chloe Collins, from partner organization College Possible, to identify best fit schools and financial aid opportunities. Fernando was recently accepted to several selective colleges and has secured a Gates Millennium Scholarship. He plans to attend Yale University in the fall and expects to major in Economics.

College has always been a dream of mine. From a very young age, my parents instilled in me the importance of having an education, perhaps due to the fact that in their native Mexico they were not able to go to school. My father dropped out of school at age thirteen to work alongside his father harvesting plantations. The poverty in which my mother’s family lived led her, also as a young teenager, to start working as a waitress in a local restaurant. Life for them was full of constant toil with little hope of progressing. The money they earned was not nearly enough to sustain their families. Therefore, for both my parents, the prospect of having a better future and helping out their families was enough to convince them to make the dangerous trip across the border to the United States.

This is where their worlds collided, and where my twin brother and I were born. My father realized that the reality in this country was not what he had expected. There were definitely more jobs, but for those individuals with no type of credential the possibilities of earning enough to live comfortably was slim. He eventually landed a job as a car detailer and worked for over fifteen years until he injured himself. With my father unemployed, our family began to succumb to the effects of poverty. There were days my father could not afford to buy even the most basic things such as food and school supplies. In 2008, our family home was almost snatched away from us. I still remember the tension and fear in the air the weeks before our lawyer called to notify us that the bank had given us more time.

Through all of this, I kept my eyes and ears open. I overheard the conversations my parents would have about how they had to take out a loan or ask someone to lend them some money just to pay the electricity bill. I went with them to stand in line outside of food banks to ensure that we could all eat. I understood then and there as I saw how much they were struggling that I wanted something better. I knew that the only way I would have even the most miniscule possibility of rising out of poverty would be by getting myself an education. I would not be satisfied with less though the odds were stacked against me. I was a Hispanic low-income student from South Central Los Angeles. Nonetheless, I more than welcomed the challenge.

I had the drive to get to college, but now came the hardest part – getting there. Nobody has ever gone to college in my family so I did not have the luxury of having someone explain the process to me. Fortunately, I had my virtual advisor, Chloe Collins. I received a call from her one night some months ago. She informed me about the Bloomberg Philanthropies CollegePoint initiative’s objective to make college possible for low-income students. From there on, we developed a great relationship. She was my rock through all my triumphs and failures. As a student from a low-income background, the cost of college has always been something scary for me. “Was college even affordable for a student like me?” I would sometimes ask myself. Chloe made me come to the realization that it was not only affordable but that colleges were actively looking for high-achieving, low-income students like myself. I applied to some colleges through QuestBridge, another program that helps students get to college. After I did not receive the scholarship, I was totally devastated. I thought that maybe college would not be attainable after all. However, Chloe encouraged me to complete the Gates Millennium Scholarship. Actually, she did not only encourage me to apply but actively helped me proofread my essays and gave me advice on what I should expand on. I am happy to state that I became a Gates Scholar with all of her assistance. Despite this, I realize that money is a huge factor for others. Though low-income students receive governmental assistance such as Pell Grants, they are still overburdened by the loans they have to take out. I am not blind to the fact that most students have to take out loans. However, for a student from a neighborhood such as mine, the prospect of having to take out thousands of dollars for an education that nobody in his or her family has ever obtained seems ridiculous.

Having Chloe, and teachers as well, inform me about the financial help there is out there made it much easier to get through the college process. Moreover, Chloe helped me choose colleges. I never realized that I could even be a competitive applicant for some of this country’s top schools. I believed that Ivy League colleges were not meant for people like me. Most students from my area do not apply to top schools like these due to their tuition and notorious selectivity. Most students decide to attend community college. Though this is not necessarily a bad thing, I know that they are capable of so much more. They need to be informed that the gates of Ivy League institutions, or any college institution for that matter, can only be opened if they apply. Chloe was also able to assuage my fears of moving far away to school. My family sticks together, and I was intent on staying close to home. After talking to Chloe, I came to the conclusion that in order for me to expand my world view, I need to leave the ghetto. I need to explore places beyond this small community so I could come back and inform all these students of what is out there. With the help of Chloe I applied and was accepted to Yale University. I plan to attend next year, possibly majoring in Economics.

Ultimately, whether low-income or not, if a student has motivation and intelligence then he or she should be able to succeed. The facts are that we live in a place where money is the biggest factor in college attendance. Politicians need to ensure that an education is not only given to the rich and connected students, but also to the poor students who may not know anyone in their family who has ever gotten an education. Only then will this country have the possibility of moving to the number one spot again.