When I first began visiting cities to discuss climate change ten years ago, large-scale reliance on renewable energy was a futuristic dream. Masdar City in Abu Dhabi was still just a drawing on paper. Tokyo’s cap and trade system was four years away from launch.  And very few city governments across the world were even thinking about committing to power their cities entirely from renewable sources.

Fast forward to today. Cities across the globe are embracing and implementing low-carbon energy in a big way. In the results from CDP’s latest survey of more than 300 global cities, an effort funded by Bloomberg Philanthropies, it is clear that clean energy is finally starting to play an important role in the energy mixes of a large number of cities. The results show it is possible for cities to quit fossil fuels. In fact, the world needs the leadership of cities to move away from fossil fuels at a fast pace. 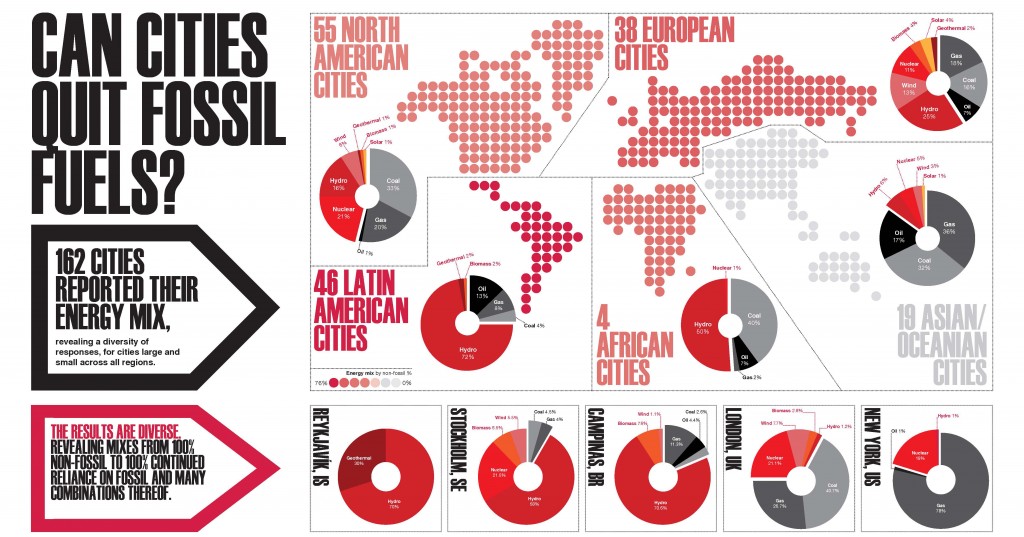 The first thing that stands out is the commitments that cities are making. Cities like San Francisco, California and Stockholm, Sweden have committed to achieve 100 percent of their electricity from renewable sources and are making fast progress. Aspen, Colorado which disclosed its 100 percent renewable electricity target this year to CDP, just celebrated reaching its goal this month. Canberra expects its electricity supply to be 90 percent renewable by 2020. Altogether, more than one-third of the cities we analyzed already source at least 75 percent of their electricity from renewable sources.

Conor Riffle is the Director, Cities and Data Product Innovation at CDP. You can learn more about CDP’s work with over 300 global city governments at www.cdp.net