How cities are taking a more strategic view toward public art

Public art can be a tool mayors use to build strong communities.

That’s the premise behind the Bloomberg Philanthropies Public Art Challenge, an initiative designed to support cities undertaking temporary art projects that address pressing civic issues. Last month, 14 U.S. cities learned that they’re finalists in the Challenge, with a chance at receiving up to $1 million to carry out their ideas. Information on all of the finalists is here.

Kate D. Levin, who oversees our Arts programs, described how cities are beginning to take a more strategic view toward public art and its role in convening partnerships, sparking dialogue, and fueling local economies.

Bloomberg Cities: Cities submitted more than 200 entries for this round of the Public Art Challenge, from which 14 finalists have been selected. What themes do you see in the proposals?

Kate D. Levin: This is the second time that we’ve done this, and these applications suggested a greater confidence in how cities can partner around art projects. Proposals clustered in a few areas.

One set of ideas was around environmental impacts. Another set was broadly about cultural history, where certain communities have been displaced, erased, or aren’t recognized. And then there was a set that generally centered on economic development, and specifically downtown revitalization in various ways.

Any reason why those particular themes would resonate now?

Thinking about the environment, for example, has become increasingly urgent for cities. In our first round, one of our cities was Los Angeles, and the theme there was water — the L.A. River was a jumping-off point for a lot of the projects. This time, environmentally based projects didn’t always focus around a particular site, but reflected the evolution of thinking about environmental issues more broadly as being a responsibility of cities.

Take Anchorage, Alaska, for example, which is looking at climate change and trying to create an innovation lab to bring artists, designers, and the community together to come up with solutions around energy efficiency. That’s not necessarily a traditional work of art. It’s a creative-sector led collaborative effort, and it’s an evolved way of thinking about public art and the environment that I don’t think would have been possible even two years ago.

Any other examples among the finalists that speak to the current moment?

What Jackson, Miss. is trying to do in taking on food access with installations and performances across the city is interesting. That’s not a topic that a lot of people were attuned to until recently. And addressing it via a public art project reflects the idea that you can use art to communicate in ways that can reach people and engage them around solutions in ways that a more traditional public information campaign won’t.

Or look at Santa Rosa, Calif., which is rebuilding from last year’s wildfires even as new wildfires have started up in Northern California. The idea there is for artists to explore the concepts of home and resiliency. And it speaks to the complicated psychic questions that ride alongside the basic responsibility of City Hall to rebuild physical assets. How do you also create emotional ballast for people? How do you restore a sense of place and community? Those questions are in some ways equally important to the future success of a city that’s gone through a really traumatic disaster, but they’re not easily impacted by the more straightforward kinds of policy levers that city leaders have at their disposal. 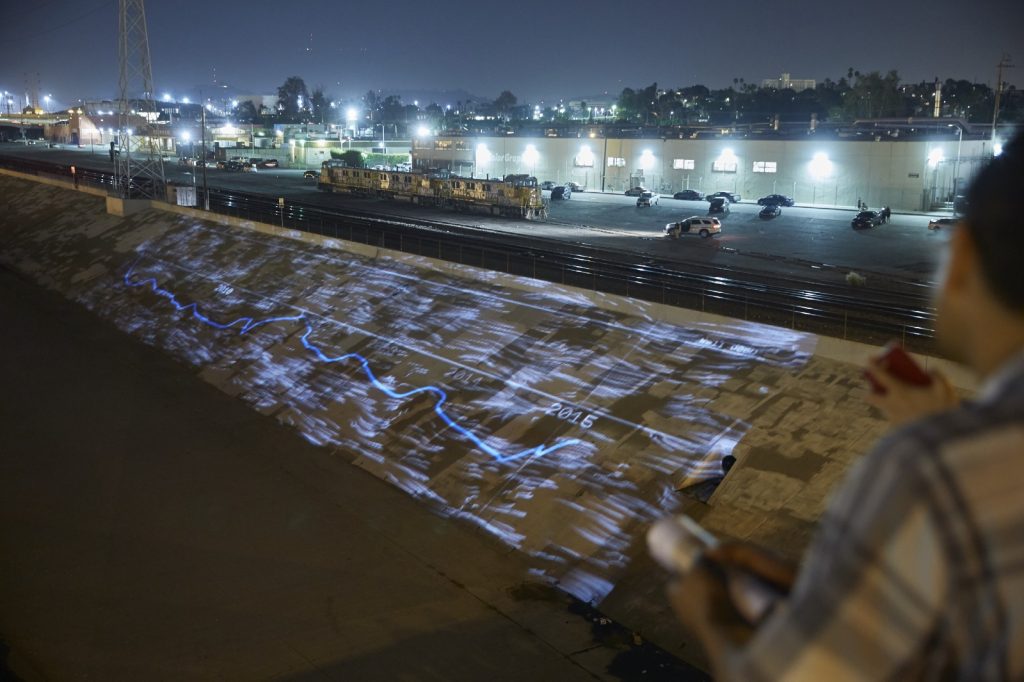 Similarly, Coral Springs, Fla., wants to work with its neighbor, Parkland, on projects to help the communities heal following the shooting at Marjory Stoneman Douglas High School. What you’re seeing is the need to go beyond the tactical and transactional obligations city leaders have. Many of our finalist projects embrace building or rebuilding communities in ways that reach people on a very individual level, on an imaginative level, that give people an opportunity to coalesce around a shared identity.

Why has using public art in this way been a blind spot for city leaders in the past?

When city leaders think about the public realm, they often do think about art, but often in the form of a monument or an amenity like a fountain. It’s art as a static object. But art can be more: an invitation to civic engagement.

In addition, the range of impacts from public art aren’t always easy to see. For example, in the first Public Art Challenge, we supported a work that was a collaboration among three cities in Upstate New York around vacant and abandoned buildings. In addition to a range of community organizations that developed programming with local residents, the project also involved creating a very special type of lighting installed in windows of these properties to create a light effect that breathes like a heartbeat. It created an opportunity to consult with Rensselaer Polytechnic Institute and to work with local educational institutions to help create and refine the technology for that. And the equipment that was used to build out that project was then recirculated to a number of organizations and institutions in the region. 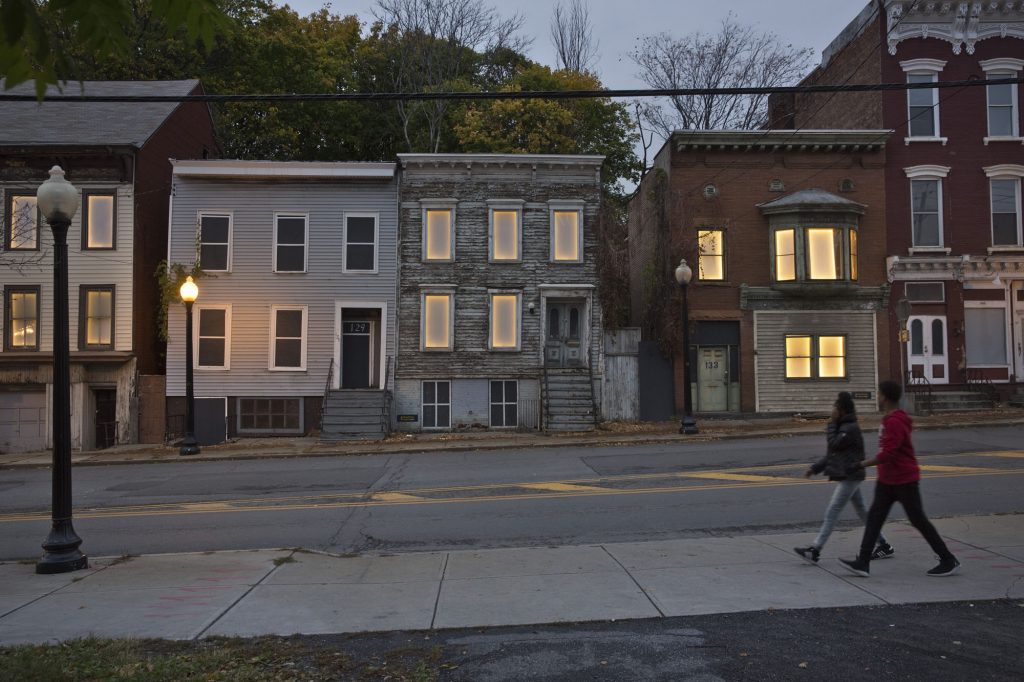 That gives you a sense of the scope of these kinds of projects, and it’s a scope that most civic projects just don’t have. You pave the streets — that’s awesome. But there’s usually no recirculated economy sparked from that, and you don’t recruit volunteers to do a project like that. The extra impact that an art project has is a little bit outside the normal processes of government. And the way artists work — the imaginative response that drives what they do — tends to be nonlinear in a way that can seem challenging to a city’s typical procurement process.

How are you trying to change that?

A number of cities have various kinds of commissioning vehicles — “Percent for Art” programs, for example, where construction projects must include funds for public art. Many cities work with private-sector enterprises, or have a local museum or university that does some kind of public art. So the opportunity is out there.

Ultimately, the tools and the learning are all about how you manage a really diverse set of collaborative enterprises. Because these kinds of projects require city cooperation, often from a land-use perspective, certainly from a regulatory and public-safety perspective, in cooperation with the private sector, artists, and nonprofit organizations that work in the cultural realm.

How did winners in the previous Public Art Challenge pull it off?

In the case of Gary, Ind., part of the artist Theaster Gates’s inspiration was recognizing that Gary, a city of around 70,000 people, had roughly 30 restaurants left because there had been so much disinvestment. But there was a great food culture in the city. So the idea of creating a cultural center that was going to do music and visual arts, but also was going to celebrate food as a cultural form, was unique and compelling. 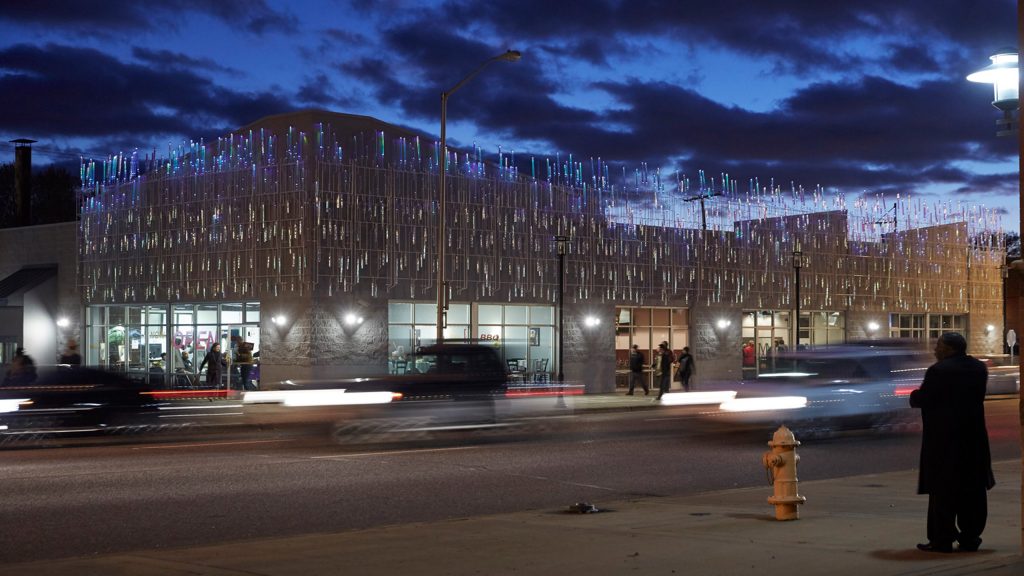 “Arthouse: A Social Kitchen,” turned an underutilized building in Gary, Ind., into not just a gallery but also a venue for culinary training and business-development workshops.

So there’s a professional kitchen built into the cultural center and over 30 people have received Food Handling Certification so far through the training process that goes on. Making it happen has required a number of city agencies that hadn’t worked together closely before to get inside each other’s heads in a really productive way. And Mayor Karen Freeman-Wilson has told us she found that very valuable and instructive as a leadership opportunity.

In Spartanburg, S.C., the artist, Erwin Redl, did nine different pieces throughout the city that involved a whole lot of listening and collaborating with local communities. Lots of residents ended up wanting a real say. And again, if you search-and-replace “art” for “street crossing” or “library building” or “new park,” you’re always hoping for that degree of community engagement. A lot of people ended up feeling like they had a tremendous amount of access to a process that had been completely intransparent to them previously.

In terms of economic impact, the last Public Art Challenge generated $13 million for local economies and produced 800 jobs. Where does that come from?

Art projects are projects. Artists work — they have jobs. When they create, they use materials and employ people. Our national discourse has evolved in the U.S. in a way that got a lot of folks sidetracked into thinking art is a little bit magical, unlike in Latin America or Europe or other parts of the world, where the creative sector is understood to be part of the economy in a more straightforward way. The key thing to remember is that an art project is a form of work. It engages labor, and it requires goods and services.

Cities are also seeing the value of establishing a distinct identity for themselves. At a time when talent can work pretty much anywhere, the value of promoting the public realm, of promoting imagination, actually takes on a new kind of urgency.

What happens next with the Public Art Challenge?

We have asked our 14 finalist cities to send us some additional information: updated budgeting, timelines, plans for community engagement, plans for marketing, etc. We expect those by the middle of August, and we will evaluate the responses and meet with each of the teams and discuss their proposals. And then we’ll announce the selected cities in early November.