Big benefits from one tiny house 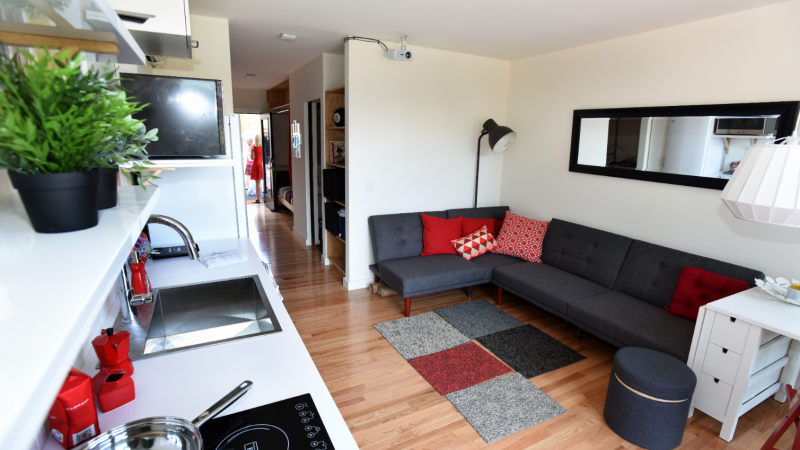 Boston faces a huge housing crisis: between 2010 and 2030 alone the city’s number of households is projected to increase by nearly 13 percent. What’s more, the current housing shortage is worst for the people who need it the most; while nearly 66 percent of all households in Boston are composed of single people or couples, only 17 percent of the city’s housing stock includes studios or one-bedroom units.

To respond to this affordability challenge, Boston’s Innovation Team (i-team) hopes to turn to a trend more common in style magazines than in affordable housing strategies – the tiny house movement. The movement promotes living in spaces about 400 square feet or less for reasons of energy efficiency, cost, and simple living. But before the city undertook the costly process of building smaller units to address their affordable housing crisis, city leaders needed to know: would people like them?

“The city is often in the position of talking about abstract things like square footage, but it’s really hard to talk about it purely with a slideshow deck,” said Max Stearns, program manager of Boston’s i-team. “We needed more than a presentation for the community to look at. We wanted to be able to invite people in to experience and challenge their perceptions about living in small spaces.”

So, the city partnered with the Boston Society of Architects and housing developer LiveLight, to create the uhü (pronounced ‘yoo-hoo’ and standing for Urban Housing Unit) and solicited feedback on the 385-square-foot tiny house at seven sites throughout the city.

The aim wasn’t to build support to construct more uhü’s. Rather, by turning the abstract concept of 385 square feet into a real interactive exhibit, Boston was able to have meaningful conversations with residents and policy makers in a way no presentation at a community meeting ever could accomplish. 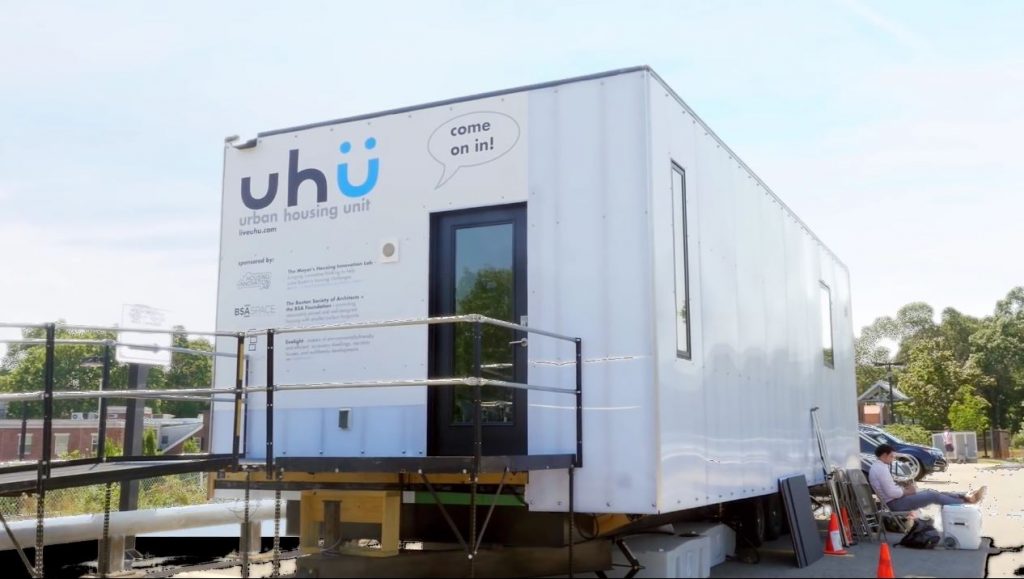 “The uhü gave us a better understanding of the needs and wants around living like this,” Stearns said.

“Some people weren’t sure about small living. But by visiting the uhü, they could come in and point out exactly why they don’t like it. For example, ‘There’s not enough storage,’ or, ‘Where is my dishwasher?’ This is helpful feedback for when we’re thinking about building something like the uhü.”

Also, by experiencing the uhü, some people who had doubts began to see the potential for small housing: “Sometimes people might come in and say, ‘This isn’t for me, but my cousin or my friend might like this,’” Stearns recalled.

But above all, what the i-team found was that Bostonians are excited about the possibilities of small housing. “One afternoon when we were in Mattapan, a young woman came off the T and went through the uhü. I was a quarter into my talk and she said, ‘Wait, I need to get my sister! She would love this.’ Thirty minutes later she brought her sister, and the next weekend she brought her mom,” Stearns said. “It’s not about convincing people – the interest is already there.”

Now that the uhü roadshow is over, the city has already begun to use the community’s feedback to inform new affordable housing projects. For example, this past fall Boston launched a Housing Innovation Competition to spur creative proposals for compact middle-income and elderly housing, with the winning team to develop five lots of land currently owned by the city. While the competition winner has yet to be announced, “the findings [from the roadshow] definitely informed jury deliberation,” Stearns said. “The winner had elements of what we learned regarding transit, storage, shared space, and additional amenity needs.”

Plus, the city is armed with information to demonstrate that interest in small housing exists to developers and investors, and the uhü roadshow has spurred a grassroots conversation outside of city hall among activists about smaller living as a realistic opportunity for affordable housing – all great benefits from one tiny house.