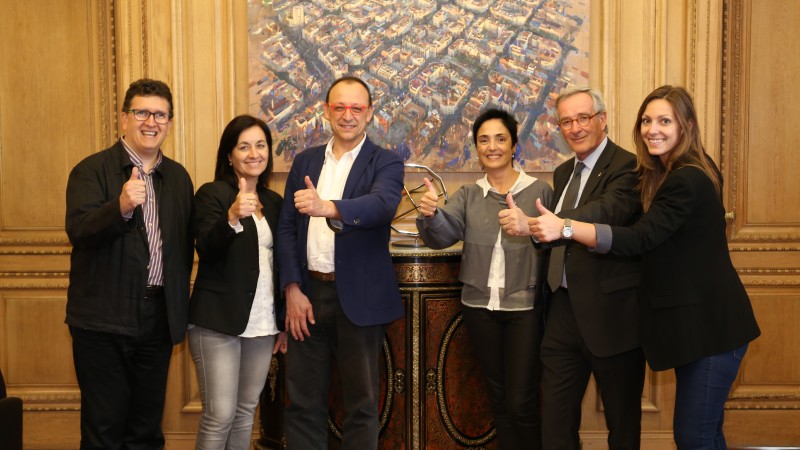 Barcelona is the European Capital of Innovation. Each day we continue to pioneer the use of technology to improve important urban services, including public transport, street lighting, waste and water management, and social and health care. And the world is taking notice. In 2011 we were named the Mobile World Capital, and Barcelona is recognized worldwide as a leading “smart city.”

In response to these accolades, Barcelona was selected to host a new edition of the City Innovation Summit, an excellent complement to the annual Smart City Expo World Congress, which kicks off today. Smart City Expo and the City Innovation Summit are landmark events, bringing together over 400 leading city innovators, strategists, and thinkers to share and improve cutting edge initiatives that are transforming cities into centers of culture, knowledge, creativity, innovation and wellbeing.

We will use this opportunity to highlight Barcelona’s most recent accomplishment – in September, Barcelona won Bloomberg Philanthropies’ Mayors Challenge Grand Prize with the project “Vincles BCN” which translates to “social ties” in Catalan.

As people age, their social networks begin to erode, which can lead to isolation, dependence and a higher risk of health issues. Vincles BCN will directly address these issues by developing digital and community ‘trust networks’ for at-risk seniors. Our goal is to develop 20,000 networks in the next three years.

The Mayors Challenge Grand Prize will help us create this vital infrastructure to support Barcelona’s rapidly ageing population. Life expectancy in the city has increased by six years in the last two decades (80 years for men and 86 for women). In a population of 1.5 million, Barcelona now has more than 300,000 residents aged 65 or older, 100,000 of whom are 80 years of age or older.

Vincles represents a shift in the care system from an individual to a collaborative model of care. It employs tablets and smart phones to combine the informal care of family, friends and neighbours with the expertise of formal caregivers in health and social services.

In addition, Vincles builds upon Barcelona’s track record of using technology to improve citizens’ wellbeing and quality of life, which has been demonstrated through telematics home care, which serves 67,000 users, and through the installation of smoke and gas sensors in the homes of the elderly. This is in addition to geolocation technologies which help family members care for patients affected by dementia and Alzheimer’s disease.

We are excited to share this initiative, as well as our culture of innovation, with others this week at the Smart City Expo and City Innovation Summit. We are also excited to meet with and learn from our peers throughout Europe. The Summit will also feature a panel of representatives from all five European Mayors Challenge-winning cities – Barcelona, Athens, Stockholm, Warsaw, and Kirklees, England – to discuss their winning proposals, as well as how government innovation can transform the future of cities.