Atlanta: Gateway to the South for Energy Efficiency

Did you know that buildings—including many of the very structures that make the nation’s cityscapes distinctive and recognizable—are the single largest user of energy in the United States? Each year, our cities spend $450 billion on energy for our buildings, with a lot of that energy being wasted on inefficient buildings. This is bad news not just for our pocketbooks, but also for our health, as more than half of the carbon emissions in U.S. cities come from the operation of buildings.  However, a national initiative co-funded by Bloomberg Philanthropies, the Kresge Foundation, and the Doris Duke Charitable Foundation, is working to change that and bring jobs and prosperity to cities across the U.S. in the process—and the project just hit a major milestone.

The City Energy Project, a joint initiative between the Institute for Market Transformation and Natural Resources Defense Council, is currently working with leaders in 10 pioneering cities to craft and deploy locally tailored energy efficiency policies and programs that tackle energy use and waste in large buildings. By working together to capture and spread best practices in energy efficiency, these cities are taking actions that can collectively save nearly $1 billion annually and cut carbon emissions by up to 7 million tons (the equivalent of taking almost 1.5 million cars off the road).

Recently, in conjunction with the City Energy Project, Atlanta took a major step forward. The city is improving its energy and water use while spurring local economic development and creating thousands of local jobs with the unanimous passage of a comprehensive energy efficiency policy that focuses on the city’s largest buildings. This policy alone is anticipated to reduce energy use by 20 percent by 2020. And, in combination with planned improvements in electricity generation, it will cut the city’s carbon emissions from commercial buildings in half from 2013 levels. It makes Atlanta the 12th U.S. city—and first major Southeastern city—to employ a benchmarking policy, which requires building owners to measure and report their buildings’ energy use annually to the city. It’s also the sixth U.S. city to require energy audits, which identify opportunities for building owners and operators to reduce energy expense and carbon footprints. 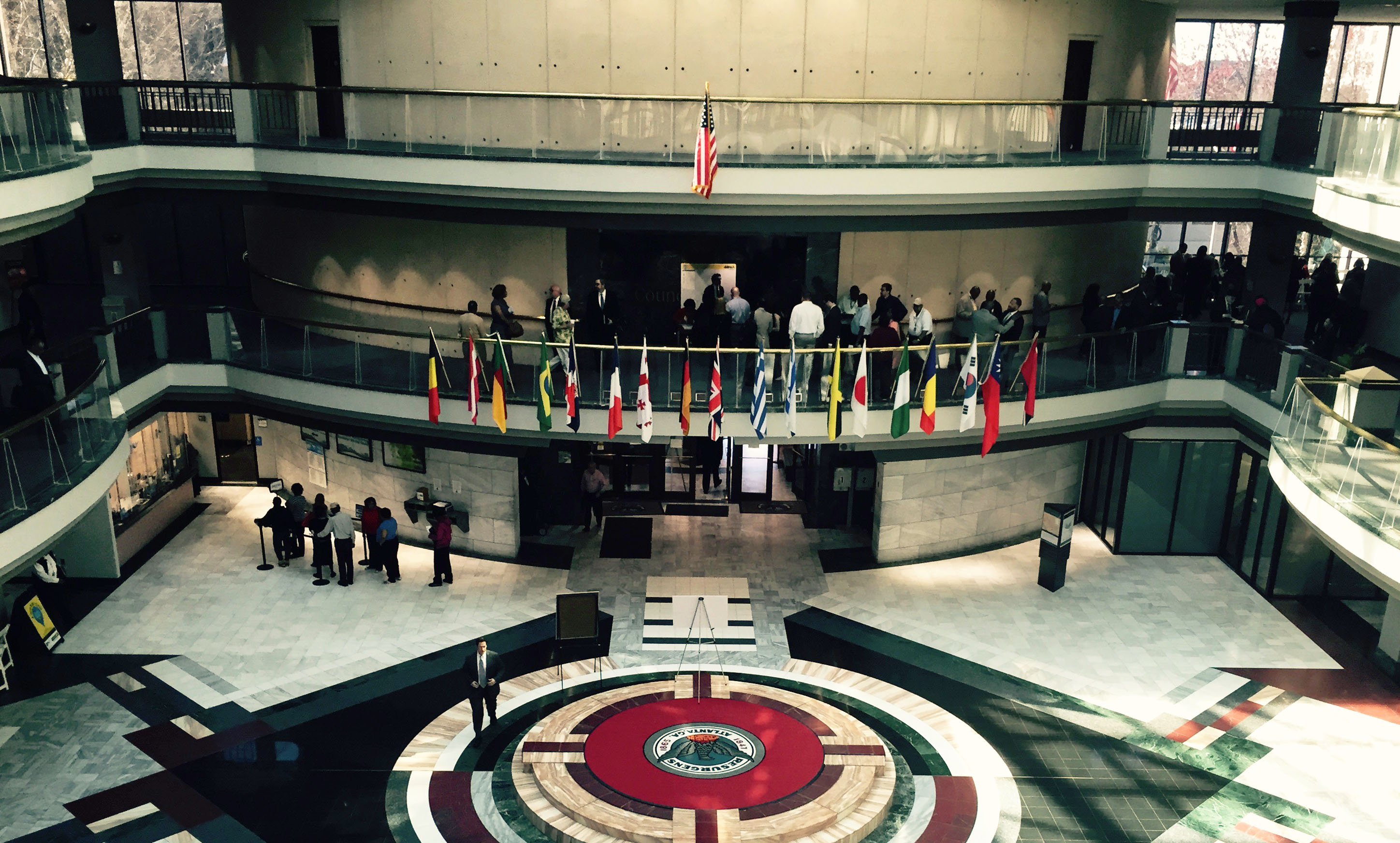 Measuring building energy use is a critical first step because you can’t manage what you don’t measure, and energy audits provide building owners with recommendations for the most cost-effective improvements for their buildings. The benefits of this policy aren’t just limited to energy, however. The policy also makes Atlanta the first city to require water audits to identify water-saving opportunities.

This is a big deal, and not just for Atlanta. In passing this policy, which was championed by Mayor Kasim Reed and won praise from building owners, business and city leaders, environmentalists, and residents, Atlanta is paving the way for other Southeastern cities to take advantage of the significant environmental and economic benefits that come with making our city skylines more energy efficient. This type of leadership is helping to shape next-generation energy efficiency strategies for communities nationwide, and we’re pleased to be supported by Bloomberg Philanthropies in this important endeavor.

Is your city up for the challenge? To learn more about the City Energy Project, visit cityenergyproject.org.