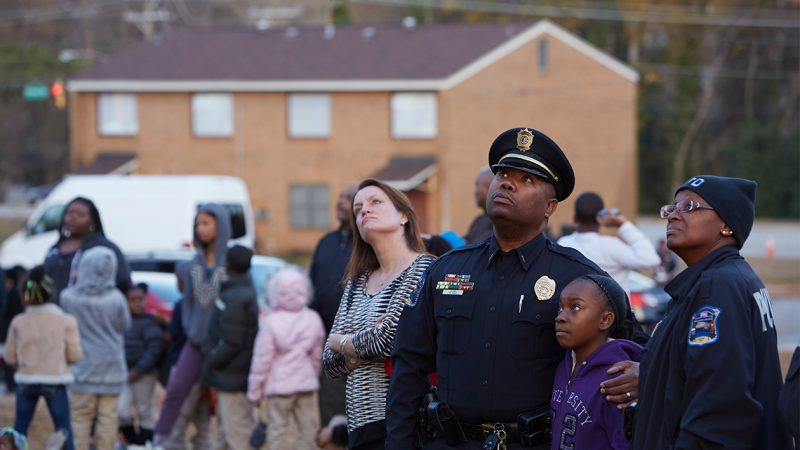 This spotlight is the first in a series of discussions from our Arts team with professionals in the arts who are making a difference in their communities. The following is a lightly edited excerpt of a conversation with Jennifer Evins, the CEO and President of the Chapman Cultural Center in Spartanburg, South Carolina

In June 2015, the City of Spartanburg was selected as one of four projects nationwide to take part in Bloomberg Philanthropies Public Art Challenge. Jennifer Evins, working with key partners including digital media artist Erwin Redl, city police officers and the city’s residents brought their winning project, “Seeing Spartanburg in a New Light” to life. In the wake of shootings and protests across the country, community-building between police officers and the municipalities they serve became a focal point in the nation. Through “Seeing Spartanburg in a New Light,” Spartanburg police officers hoped to harness the power of public art to repair and strengthen police-community relations in the city. They also hoped to shine a light on Spartanburg’s commitment to safety and vibrancy, enhance crime prevention efforts and cultivate partnerships to increase public trust and confidence in local law enforcement.

Tell us about your background and the Chapman Cultural Center.

Jennifer Evins: We are the countywide local arts agency in Spartanburg, South Carolina.  Our mission is to provide cultural leadership by strengthening, developing, and promoting the scope, excellence and the educational role of arts, science and the humanities and furthering their significance in the life of our community. We’ve been doing this since 1968 – a long time. While pursuing a professional career in marketing and public affairs, I got involved as an arts volunteer on the board of Ballet Spartanburg twenty-five years ago and then joined our organization’s Board in 1998.  As a volunteer I honed my skills in fundraising and community engagement. In 2000 Spartanburg launched a capital campaign to build new cultural facilities and I served as volunteer chairwoman. We raised $42 million dollars and opened the Chapman Culture Center in 2007. 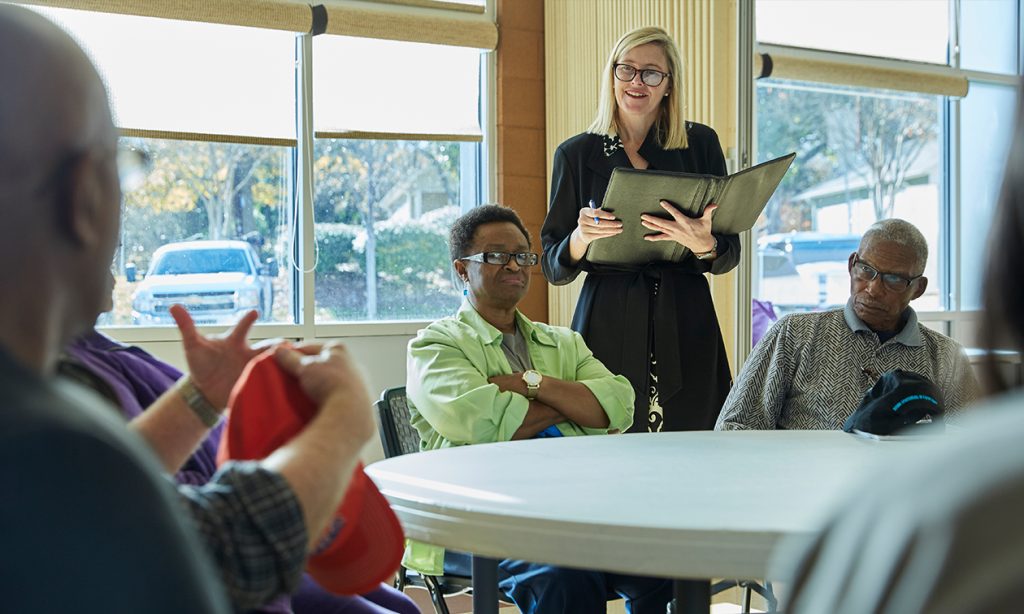 In 2010 during the economic downturn, I came on board as a staff member to help navigate the financial difficulties all nonprofit communities faced. Because of my involvement in other community initiatives, I understood the value that the arts bring to the community and saw the potential for cross sector partnerships in broadening our impact.  So my vision in 2010 was to really strengthen our organization financially so that we could fully live into our mission.  Nonprofits everywhere were struggling to stay strong 2009-2012, and as the local arts agency it was our responsibility to really shore up the organization and the cultural ecology of our community. The good news is we didn’t lose our symphony or ballet companies like many communities. And once we got through the financial hardship, we set our sights on bigger goals. One of those goals was to increase community engagement in the arts, and to do so we knew we had to meet people where they are and not just expect everyone to come to the cultural center. We asked ourselves, “Who are we not serving, and why?” as a lens in all of our work.

How did you reach out to the community?

Jennifer Evins: We started looking at all of our data and engagement levels. There were about 300,000 people visiting the center, but we knew we weren’t reaching all of our community. We literally shifted our focus and vision on meeting people where they are. We started looking at neighborhood programs. We’ve always been in the schools, but we really hadn’t done projects at the neighborhood level.

I saw the Public Art Challenge (a grant for $1 million to support public art that addressed a civic issue) as another way to reach the public through art.

I had the opportunity to serve on our City’s Public Safety advisory committee for a number of years, and I felt like there was an opportunity for the arts to be engaged in National Night Out. It’s an annual convening of 21 city neighborhoods and police officers to encourage community policing. There was a framework already in place to work with engaged citizens. At the same time we were experiencing a real morale issue in our community around the perception that our City was not safe.

Fear of Crime was an issue, and we really wanted to take this non-traditional opportunity to align community and police relations. National Night Out allowed us to look at ourselves as a community internally and put our name out there nationally and even internationally. It was an opportunity to see us differently than just this old southern town that didn’t have a lot going on. We’re very innovative and “Seeing Spartanburg,” was a groundbreaking project for us.

In what ways was the project groundbreaking?

Jennifer Evins: The unique part of this project was that we aligned a public art project with community and police relations. The whole police force (122 officers) participated – and now they use the video produced by the residents in one neighborhood in partnership with police officers for training on how to relate to residents in neighborhoods. I had never led a project of this scale. We had ten different neighborhoods with nine unique installations so it required so many different partners, and thankfully everyone stayed on board. Through Erwin Redl’s design process and the community programs, we engaged over 100 local artists, almost 1,000 volunteers and several local businesses.

What were some of the impacts the town experienced as a result of “Seeing Spartanburg”?

Jennifer Evins: There were measurable results, not just something we felt good about. We had outcomes that we could draw conclusions from and also learn from about the impact of public art and the process on improving our community. Our Police Chief, Alonzo Thompson, testified in Congress about using this as an innovative solution to community and police relations. We’ve been asked to speak at National and regional convenings about police relations and how we evaluated it as well as the benefits of cross sector partnerships.

It really was a solution to build morale and build community pride. We had over two and a half million people view the project, so it brought a lot of awareness to Spartanburg and it catalyzed more than $1.4 million for the local economy including funding for arts initiatives and work related to crime prevention and workforce development.

And I think there were a lot of people that didn’t really understand their creative abilities or interests – especially police officers. You know they’re just seen as being serious all time and at the end, they were sharing recipes with their residents, and sitting on benches and talking to one another, and we really needed to do that. I can tell you it was a real transformational experience for residents and our City Police, and that was really exciting.

Watch this video interview for more from Jennifer: