All Eyes on the Heartland 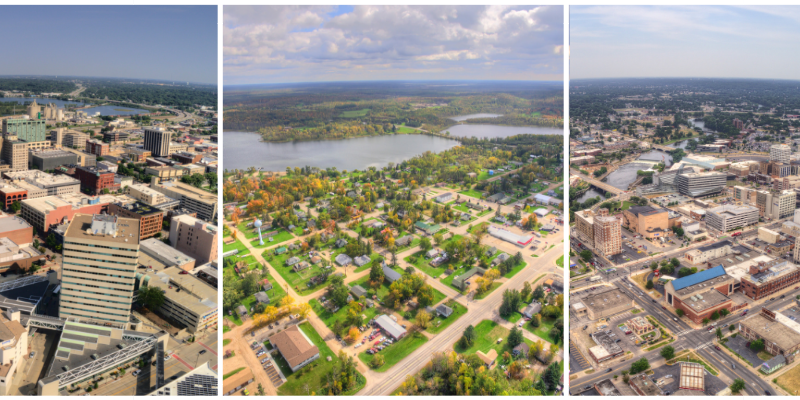 Whether it’s drone-based pizza delivery in San Francisco or cutting-edge cancer advancements in Boston, innovation-related news often focuses on what’s happening in our country’s biggest cities — places with lots of investment, the most people, and an undeniable abundance of bright ideas. I get it, many of these projects are worthy of the headlines. And, speaking of drones, this father of toddler twins can’t wait for the day when clean diapers can be dropped from the sky.

But when we focus only on the big-city breakthroughs, we risk missing out on one of the best stories around: that so much of our country’s most promising and hopeful innovation is coming from the smaller cities and towns of the Heartland.

Consider just a sliver of the work underway in communities participating in the Bloomberg Cities network:

What’s got me so excited about this work is that it shows that municipal leaders in the Heartland are not just entering the innovation movement, they are jumping to the forefront — and investing accordingly. The 2018 Bloomberg American Cities Survey of Mayors found that 44 percent of Heartland city halls now have staff dedicated to innovation, compared to 24 percent in coastal cities. These mayors are more likely to see engaging citizens as a go-to strategy, with 67 percent saying designing new programs with residents is key to their innovation efforts, compared to 49 percent of their coastal colleagues. Meanwhile, nearly twice the number of Heartland communities say data is integral to their efforts (61 percent to 36 percent, respectively).

The trend also is reflected in the applicant pool of our most recent Mayors Challenge, a competition to surface the best solutions to American communities’ most pressing concerns. Of the 324 cities and towns that applied to this year’s Challenge — the winners of which we’ll announce October 29–58 percent were from the Heartland.

This energetic innovation between the coasts is the focus of the Heartland Summit held this week in Bentonville, Ark. The cross-sector gathering of thinkers, problem solvers, and investors is designed to not only uplift inventive work coming out of the Heartland, but also to accelerate it by strengthening connections between instigators of change — in city hall, in business, and throughout the community. According to authors James and Deborah Fallows, who are speaking at the Summit, it’s this type of collaboration that makes Heartland innovations so strong. As they describe so powerfully in their book Our Towns, which chronicles the couple’s 100,000-mile journey into the heart of the country: The phrase “public-private partnership” might be a euphemism for hefty government contracts in Washington, D.C., but outside the Beltway “it refers to something real.”

The ability to experiment, use data, collaborate, and put residents at the center are the kind of 21st-century skills and tools that every community will need to understand and respond to the challenges ahead. The fact that these communities are bootstrapping their own capacity to nurture partnerships and solve big challenges is, well, very American.

What’s driving these cities and towns isn’t a thirst for disruption but, rather, the public interest in having strong communities and vibrant local economies where all people have a meaningful opportunity to get ahead. And that’s an idea that every civic innovator — from coast to coast and everywhere in between — should get behind.