50 Reefs Q&A: Raising awareness on the importance of coral reef conservation in Indonesia

The 50 Reefs Initiative brings together leading scientists and conservation practitioners from around the world to identify the top 50 coral reefs least vulnerable to climate change that are capable of regenerating in the future. This week, they are meeting to discuss their regional expertise and local strategies to inform a global strategy ensuring the survival of reef ecosystems around the world.

The following Q&A is the first in a series with three experts about their experiences with coral reefs and why they are a part of the 50 Reefs Initiative. 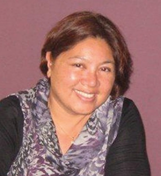 First, we talked with Rili Djohani, the Executive Director of Coral Triangle Center. Rili has worked for over 25 years to improve the management and financial sustainability of marine protected areas and reduce the use of unsustainable fishing practices in Southeast Asia. She is the co-founder and executive director of the Coral Triangle Center, a learning center of excellence on coastal and marine resources management based in Bali, Indonesia. The programs focus on strengthening local leadership and capacity through an integrated portfolio of Marine Protected Areas learning sites, customized training programs and learning networks, and facilitation of public-private partnerships in the Coral Triangle region.

Can you tell us about the problems that are affecting coral reefs globally?

More than 60 percent of the world’s reefs are under immediate and direct threat from local sources such as overfishing, destructive fishing, uncontrolled coastal development, watershed-based pollution, or marine-based pollution and direct physical damage from coral mining and tourism activities such as trampling on the reef. An estimated 75 percent of the world’s coral reefs are rated as threatened when local threats are combined with global threats such as thermal stress caused by climate change and ocean acidification. If local and global threats are not addressed, the percentage of threatened reefs is projected to increase to 90 percent by 2050.

Why have you focused on Indonesia’s reefs in particular?

Indonesia is the largest archipelago in the world with more than 17,000 islands and a coastline of more than 95,000 kilometers. With 51,000 square kilometers of coral reef area and close to 600 coral species (75 percent of all known coral species occur in Indonesia) combined with among the highest number of reef fish species, it is truly an epicenter for marine bio-diversity of global significance. Millions of people depend on the coastal and marine resources for food security, coastal protection and revenues from tourism. However, the coral reefs are under huge threats. It will be pivotal to protect and effectively manage the most resilient coral reefs through a network of effectively managed marine protected areas. The Government of Indonesia has set aside more than 17 million hectares in marine protected areas (MPAs) or three percent of the total marine area. We need at least 20 to 30 percent set aside in MPAs that are effectively managed.

What’s your personal connection to the coral reefs and oceans?

I am an Indonesian national, born and raised in the Netherlands where I got inspired by Jacques Cousteau’s documentaries in the 1980s. I decided to study tropical marine ecology and joined a student dive club. My first dives were in the North Sea, followed by dives in the Mediterranean, and I conducted coral field studies in the Netherlands, Antilles and Indonesia. I loved to study coral reefs, vibrant habitats full of life and beautiful colours. After my graduation, I volunteered for the World Wildlife Fund Indonesia program in 1989 and dived throughout the archipelago to collect data for the governments of Indonesia to support the establishment of marine protected areas. It was like coming home. More than 25 years later, I still love my work on coastal and marine conservation. I am the co-founder and director of the Coral Triangle Center, a foundation registered in Indonesia that is focused on preserving the most diverse and resilient coral reefs in the Coral Triangle region by applying an integrated approach of field conservation and training, learning networks, partnerships, and public outreach. We are developing a one-of-kind training and outreach facility in Bali with interactive exhibits on coral reefs that will be open for the public by 2018 allowing us to broaden and deepen our outreach in a sustainable way.

What are some of the challenges you’ve encountered as you work to protect reefs in Indonesia?

Protection of coral reefs in Indonesia requires a comprehensive approach that takes into account ecological, social and economic parameters. Over the years, it became clear that we needed to invest much more in local leadership and capacity to preserve the coastal and marine resources and engage local stakeholders as much as possible in the planning and management of marine protected areas. We need science and financial resources, but equally as important is to invest in people who can do the work on the ground supported by informed decision-making at all government levels. In addition, we need to visualize and raise the awareness of the larger public on the importance of coral reef conservation for our food security, oxygen, livelihoods, coastal protection and marine recreation.

Can you explain coral bleaching and why it’s so harmful to our reefs and oceans?

As temperatures on land increase, so too do temperatures in the ocean. Warming seas have caused widespread damage to reefs through mass coral bleaching, which occurs when corals become stressed and lose, en masse, the zooxanthellae or tiny-plant like organisms that normally live within their tissues and provide the coral with their food. These microscopic algae are what give the coral colour; therefore when lost, the corals all turn white (thus the term “bleaching”). Corals can sometimes survive without zooxanthellae for a while but if temperature remains high, the algae do not return in time and the corals will die. The impact of coral bleaching is so harmful as habitats for fish disappear and oxygen in the oceans will be depleted affecting our food security, income from tourism, and increase the threat of coastal disasters. Our future is at stake.

What’s one of the misconceptions you’ve encountered about saving coral reefs that you’d like to clear up?

One of the misconceptions that I have encountered about saving coral reefs is that we come across as caring for a bunch of ‘stones’ rather than natural ecosystems that are critically important for people’s food, livelihoods and protection now and in the future!

How do you convey to the public that it’s important to save our coral reefs?

Our core messages to all our stakeholders and the larger public is that coral reefs are so important because they are nursery grounds for more than 4,000 species of fish and iconic marine species. They supply about one-quarter of the total fish catch providing food for millions of people. Coral reefs provide 50 percent of the world’s oxygen and healthy coral reefs contribute to a growing multi-billion-dollar industry in marine tourism and recreation on an annual basis providing thousands of jobs. The coastal ecosystems including coral reefs, mangroves and seagrass beds are effective buffers preventing loss of life, erosion and damage.

What gives you hope that our coral reefs can be saved?

I have hope that we can save the coral reefs because there is so much more attention and commitment to oceans compared to 25 years ago. Many more people are informed through internet and social media. The youth is more engaged and many more people travel and enjoy snorkeling and diving in coral reef areas around the globe. More organizations are focused on ocean conservation and more partnership allows us to scale up our efforts and impact such as the 50 Reefs Initiative.