50 Reefs Q&A: Believing in the capacity of humans to self-correct 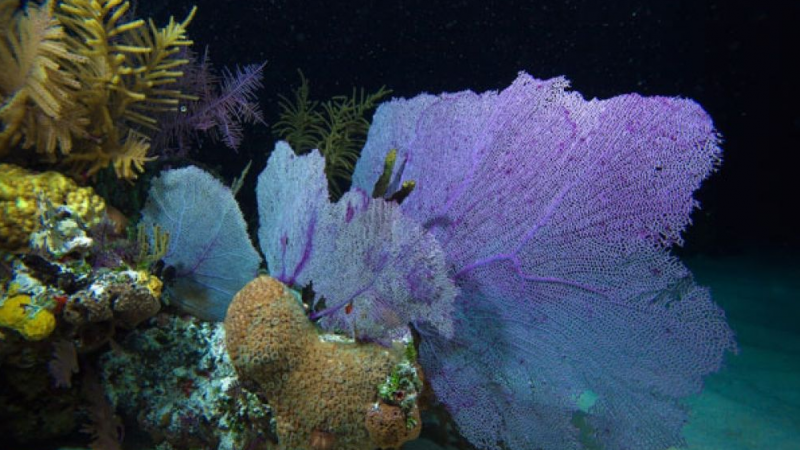 The 50 Reefs Initiative brings together leading scientists and conservation practitioners from around the world to identify the top 50 coral reefs least vulnerable to climate change that are capable of regenerating in the future. They recently met to discuss their regional expertise and local strategies to inform a global strategy ensuring the survival of reef ecosystems around the world.

The following Q&A is the third in a series with three experts about their experiences with coral reefs and why they are a part of the 50 Reefs Initiative. 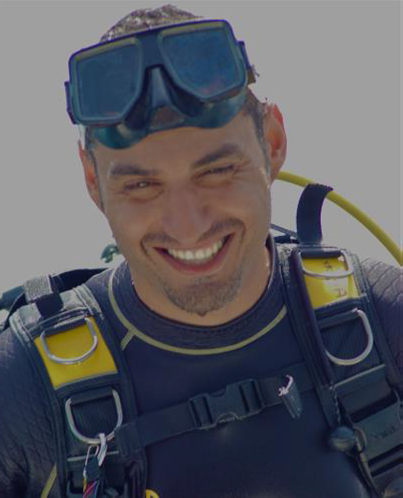 Dr. Ameer Abdulla is a Senior Advisor on Marine Biodiversity and Conservation Science with the Global Marine and Polar Programme of IUCN. He is also a member of IUCN’s World Commission on Protected Areas and the IUCN Climate Change and Coral Reefs Working Group. His passion for the sea knows no limits. He primarily works in rural areas where political instability and lack of security contrast with the thriving diversity and uniqueness of marine life. He has published numerous articles on marine conservation science and management as well as many reports on aspects of marine biodiversity and human impacts on marine habitats.

Can you tell us about the problems that are affecting coral reefs globally?

Given the fourth major bleaching event and the associated coral mortality, it is clear that climate change impacts – specifically warming and acidifying seas – are at the forefront of issues challenging coral reefs. Although climate change impacts can only be addressed globally, a wide variety of anthropogenic impacts can be addressed locally. In the regions I work, the most serious local problems affecting reefs are overfishing, pollution, and habitat modification.

Why have you focused on the Maldives in particular?

Outside the Red Sea, one of the countries I dedicated a lot time to is the Maldives, one of the world’s most geographically dispersed countries. The Maldives is part of one of the most unique geomorphological features in the Indian Ocean, the Laccadives-Chagos Ridge. The country constitutes a substantial 3.2 percent of the world’s coral reefs and given its reef geomorphology and species constituency has been recognized as a globally unique biogeographical ecoregion. In 2015 I supported the designation of the Maldives as a Hope Spot given its unique coral reefs, the current challenges it faces, and the opportunity to address the challenges. I believe that there is an excellent opportunity to influence the trajectory of coral reefs in the Maldives given the relatively small population size, the ecological resilience of its reefs, and the local community and tourism infrastructure which can be used as management points on more than 320 islands.

What’s your personal connection to the coral reefs and oceans?

As a child, I first became curious about the sea critters in tidal pools of the Red Sea and the Arabian Gulf. This fascination evolved into snorkeling and then diving trips to discover and explore more intimately the underwater world that had captured my imagination. I became a coral reef ecologist because I am fascinated with the intricate ecological dynamics I observe and want to understand. I became a marine conservationist because I could not ignore the threats this complex underwater world was facing. As an Egyptian and national from a developing country, I understood too well the pressures people face daily for subsistence. Understanding coastal communities, coral reef ecosystems, and the interaction between them became my passion and finding better ways to maintain the balance, my purpose.

What are some of the challenges you’ve encountered as you work to protect reefs in the Maldives?

I believe there is a general lack of recognition of the critical role coral reefs play in the persistence of the islands and the economy of the country. Of course this issue is not unique to Maldives but is especially emphasized given the geography and geomorphology of the country. The wellbeing of not just the coral reefs but also the people is at stake when reefs are not managed as well as they could be.

What’s one of the misconceptions you’ve encountered about saving coral reefs that you’d like to clear up?

How do you convey to the public that it’s important to save our coral reefs?

Coral reefs underpin social, ecological, and economic systems that billions of people depend on. Coral reefs are the textbook example of Lloyd’s Tragedy of the Commons where individuals’ self-interested use of the reefs may be contrary to the common good. In many reef areas, pressures on the resource to provide goods and services exceed its capacity to meet the demand, and in the last 10 years the global reef capital has been allowed to deteriorate. They are too big a system to allow to fail.

Are there other organizations you’re collaborating with in your region? How are you helping each other?

Although I work with many international organizations, more and more in my career I am learning the importance and utility of local and regional agencies and organizations in sustaining the influence. I work with different stakeholders including NGOs, governments, and private sector to find what their special interests are and how they could be met. I strive to identify alignment of interests in win-win situations that would make collaboration intuitive and voluntary.

What gives you hope that our coral reefs can be saved?

I choose to believe in the capacity of humans to self-correct. Given the appropriate knowledge, education, and tools to recognize their current situation, its consequences, and how to address it, humanity will rise to the occasion, perhaps first in some pockets around the world. My hope is that enough of these pockets are inspired to action and a global momentum is created. And my commitment is to dedicate my professional career to establishing and supporting the creation of these pockets in regions or themes where I can add value.