New data from the 2017 Global Adult Tobacco Survey (GATS), presented on September 5 in Kyiv, is a testimony to the success of Ukraine in our fight against the tobacco epidemic. Everyone who is passionate about public health and noncommunicable disease prevention was looking forward to learn about the progress that Ukraine has made in reducing tobacco consumption since 2010, when the first GATS was conducted.

According to the results of the survey, daily smoking prevalence has dropped by nearly 20 percent during the last seven years, from 25% in 2010 to 20% in 2017.

This impressive decline in smoking prevalence is the result of substantial policy changes that Ukraine has put in place. Since 2010, our country has:

These considerable policy changes would not have been possible without the commitment and the relentless work of the tobacco control community, which includes the advocates of the coalition “For a Smoke-free Ukraine,” champions within the Ukrainian Parliament and Government, and international partners, like the Bloomberg Initiative to Reduce Tobacco Use, The Campaign for Tobacco-Free Kids, the World Health Organization, Vital Strategies, and the Johns Hopkins Bloomberg School of Public Health. 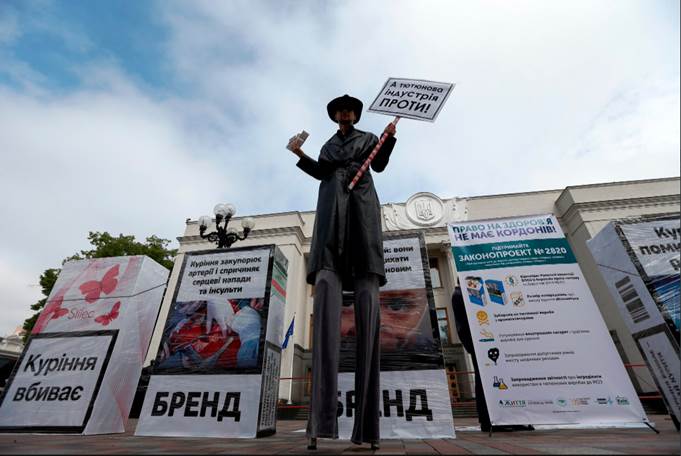 While this is news to be celebrated, we must now redouble our efforts to save more lives. Because 20% of Ukrainians, about 7.2 million people, smoke every day.

And without urgent action, tobacco use will continue to claim the lives of 85,000 Ukrainians every year.

We need to create a healthy environment where our kids are not exposed to various tobacco products. And we need to demonstrate that the tobacco industry loses its ability to link tobacco to values, happiness, and a bright future. Because we all know, the only future in tobacco is death and disease.

We have a lot of work to achieve this vision, but as signatories of the Framework Convention on Tobacco Control, our road is clear. Ukraine must close the loopholes in our smoke-free legislation to protect even more people from secondhand smoke.

It is also critical to ban tobacco marketing at the point of sale – this kind of marketing still exists at street kiosks. 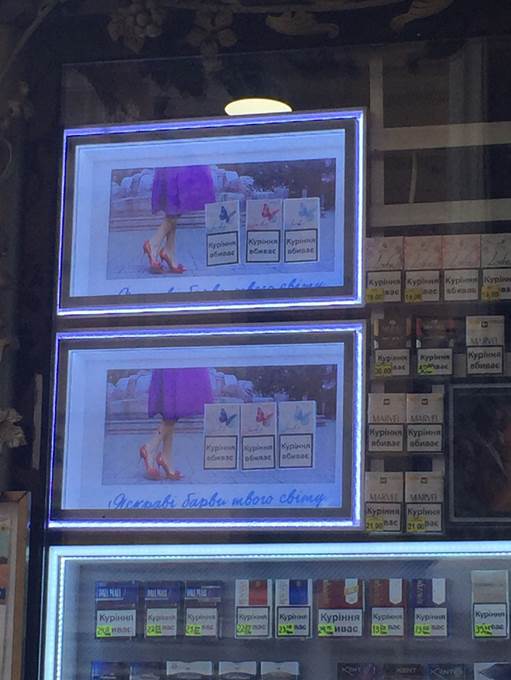 Our pictorial health warnings on cigarette packs need to be enlarged, and we need to prohibit sales of flavored cigarettes.

Finally, it is necessary to continue to increase tobacco taxes, because cigarettes remain highly affordable – costing less than $1 for a 20-stick pack. And as The Economics of Tobacco and Tobacco Control shows, raising tobacco taxes is perhaps the most effective way to reduce tobacco use.