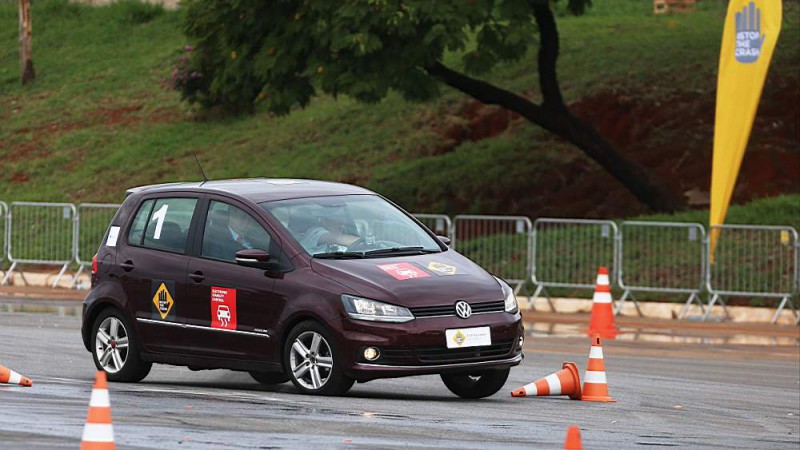 Consumer organisations are increasingly enthusiastic about their role in helping to build demand for safer cars in India, where more than 150,000 people die on the road every year.

As part of the Bloomberg Initiative for Global Road Safety, Bloomberg Philanthropies partnered with the Global New Car Assessment Programme (Global NCAP) to test vehicles sold in India, as well as Latin America and Southeast Asia. NCAP test rates vehicles on a scale from 0-5 stars, and consumers can draw on this information to help them choose safer cars.

NCAP has shown that increasing consumer demand for safer cars, combined with exerting pressure on car manufacturers to incorporate better safety features into their vehicles, can make significant improvements to the safety of cars.

Consumer organisations recently gathered for a series of events in Brazil focused on road and car safety which has bolstered their enthusiasm.  Senior executives attended meetings such as:

Ashim Sanyal of VOICE Society, a consumer protection group, said, “The next three years are vital for road safety in India, as our country is on the threshold of improvements, but we are walking on a tightrope.” While road construction and regulations for drivers are important, he believes that when consumers see the safety rating of crash tested vehicles, the demand for safety will grow.

United Nations regulations provide a legal framework that can be adopted by countries, but to date only 40 countries have requirements that meet all seven priority safety regulations. Manufacturers include multiple safety features in cars in Europe and the United States, but they are absent in many vehicles elsewhere in the world.

India, which is now one of the leading middle-income car producing countries, is likely to adopt a new Motor Vehicles Act next year, which will set car safety standards for the sub-continent.

Swathy Satyamurti, Projects Director for the Consumers Association of India, was impressed by the Stop the Crash demonstration in Brazil. “You can really feel how much safer the technology makes you,” she said. “Human life is very important and people everywhere deserve the same access to safety, so I welcome the Brasilia Declaration.  However, it is not enough to just promise these things; governments need to implement them.  We, as consumer organisations, have the role to raise awareness among our people so that there is demand for this.”

Consumer groups are ready to help step up the campaign on vehicle safety and to help ensure all people, wherever they live, have safe cars.